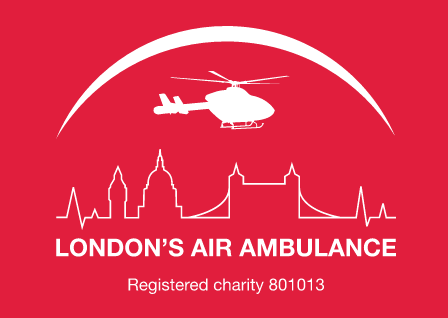 On Monday 5th March 2012 young Ali Nasralla, a Year 3 pupil at Robin Hood School, was riding his bike near a junction of the A3 when he was struck by a taxi and thrown three metres into the air with his his bicycle breaking in two.

Family members, emergency service personnel, bystanders and myself stood by as the Air ambulance crew worked to save young Ali's life.

Even after their best efforts, Ali sadly passed away the next day at St George’s Hospital in Tooting after being air lifted by London's Air Ambulance with serious head injuries.

Despite the tragic outcome of this collison, the London Air Ambulance works around the clock to get a doctor and paramedic team at a patient’s side within minutes, providing life-saving medical interventions, such as open chest surgery, blood transfusion, and anaesthesia, at the roadside. Their missions commonly involve serious road traffic collisions, falls from height, industrial accidents, stabbings and shootings.

So in memory of young Ali, on the 20th June I will be abseiling off the edge of The Royal London Hospital's helipad in Whitechapel. (The highest rooftop helipad in Europe!)

To make things harder, I will free hang down so I will have no body contact with the building or any walls, so hopefully the wind will be on my side.

Why? Simple, so you guys will sponsor me so we can afford a second Air Ambulance to serve all you folks in London!

With only 25% funding from the NHS, we only have one helicopter available to cover the 10 million people who live, work and visit London daily.

If the worst happens to you or your loved ones every second can mean the difference between life and death. By using a helicopter we deliver the hospital to your side, wherever you are, up to eight times faster than in a car.

Please support the London Air Ambulance by sponsoring me! Every little helps!
Donate
Get InvolvedDonate