Today, London’s Air Ambulance Charity announced the recruitment of five new trustees to our board.

Rita Chadha, Bianca Gill, Sheri Adigun, Gordon Pitman and Nick Goodwyn have been appointed to the Board of Trustees, following a competitive process which saw over 40 applications.

It comes at a time of change surrounding the charity’s board, with new Chair Bob Forsyth beginning in March, a new Deputy Chair, Gemma Sherrington, and two further trustees scheduled to stand down in summer.

Jonathan Jenkins, CEO of London’s Air Ambulance Charity, said: “London is the most diverse city in the world and we are committed to ensuring that we reflect the community we serve, from top to bottom.

“The addition of these five new trustees boosts expertise in areas including aviation, strategic finance, and diversity and inclusion and also ensures that we are more reflective of our incredible, vibrant city that we are so proud to be a vital part of.

“This comes at a particularly important time for the charity as we are about to launch our biggest ever public appeal to raise £15 million by 2024 to replace our current helicopter fleet. We are delighted to have the new trustees part of the team that will help make that happen.” 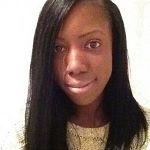 Sheri Adigun: Senior Commercial Finance Manager at the Wellcome Trust; oversees international activities and UK finance. She said: I was motivated to join the board at London's Air Ambulance Charity as a volunteer trustee as London is so close to my heart. Being born in The Royal London Hospital and living in London all my life, this is a real opportunity to save diverse local lives with the unique service this charity provides."

Sheri hopes to contribute and build on London’s Air Ambulance's legacy; supporting ambitious growth, stewarding efficient financial policies and supporting the safe replacement of the new helicopters in the town she loves. 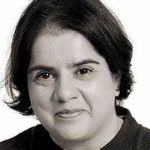 Rita Chadha: currently Director of City Sikhs; has had a life-long career in the not-for-profit sector, working for over 20 different international, national and local charities. Over the years, she has also worked on many high-profile human rights-based campaigns advocating for the needs of refugee and migrant communities. Currently, Rita is working with several faith-based charities and supporting organisations requiring interim management support. She is also a trustee of several other charities in her spare time. 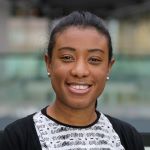 Bianca Gill: audit associate partner at Ernst & Young; she has spent over 20 years auditing both private and listed companies in the real estate and construction sectors. She is currently responsible for leading high risk complex audits, providing robust challenge and making key judgements. During her career at Ernst & Young, Bianca spent a period of time in the Middle East, Abu Dhabi, providing advisory services to the local government tourism body where she gained valuable experience of integrating and developing teams.

She said: “Joining London's Air Ambulance Charity is a fantastic opportunity to learn and contribute to a cause that is ultimately about saving lives – a cause that has a meaningful purpose. I’m looking forward to working and collaborating with new people that have different career backgrounds to mine." 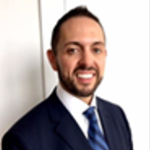 Gordon Pitman: Chief HR Officer at GKN Aerospace since 2016 and is a member of the Aerospace Executive team. Previous to joining GKN Aerospace, Gordon spent 11 years in coatings and chemicals manufacturing with ICI and AkzoNobel and lived in Canada, The Netherlands and USA. Gordon holds an Msc in Organisational Psychology from the University of Birbeck in London.

He said: “It’s a privilege to be able to support the charity with my experience in the world of HR, organisational change, leadership, diversity and inclusion and aviation. I am looking forward to working with the London's Air Ambulance team as we continue on our mission to save more lives in London from preventable deaths.”

Nick Goodwyn: Flight Operations Officer at the Civil Aviation Authority and Master at the Honourable Company of Air Pilots.

We are thrilled to welcome these five inspirational individuals to our Board of Trustees and look forward to working with them in the future.