Dr John Chatterjee, one of our Consultants, was invited today to speak at The Royal Foundation’s Emergency Services Mental Health Symposium.

The event hosted senior leaders from emergency services across all four nations for the first time, bringing them together to address the need to better look after the mental health of the crucial workforces.

John Chatterjee took part in a roundtable alongside Martin Blunden from Scottish Fire and Rescue Service, Roger Watson from East Midlands Ambulance Service, and Una Jennings from Cheshire Constabulary. Facilitated by Nick Knowles, and in front of an audience that included our Patron HRH The Duke of Cambridge, the panel discussed their lived experiences of mental health on the frontline.

John said: "You put this uniform on – mine is particularly bright – and it feels like a ​suit of armour. There are things I do in this uniform that I would never do in my jeans. I think the most important thing is opening this suit of armour and letting people see that we're all human beings and we all suffer." 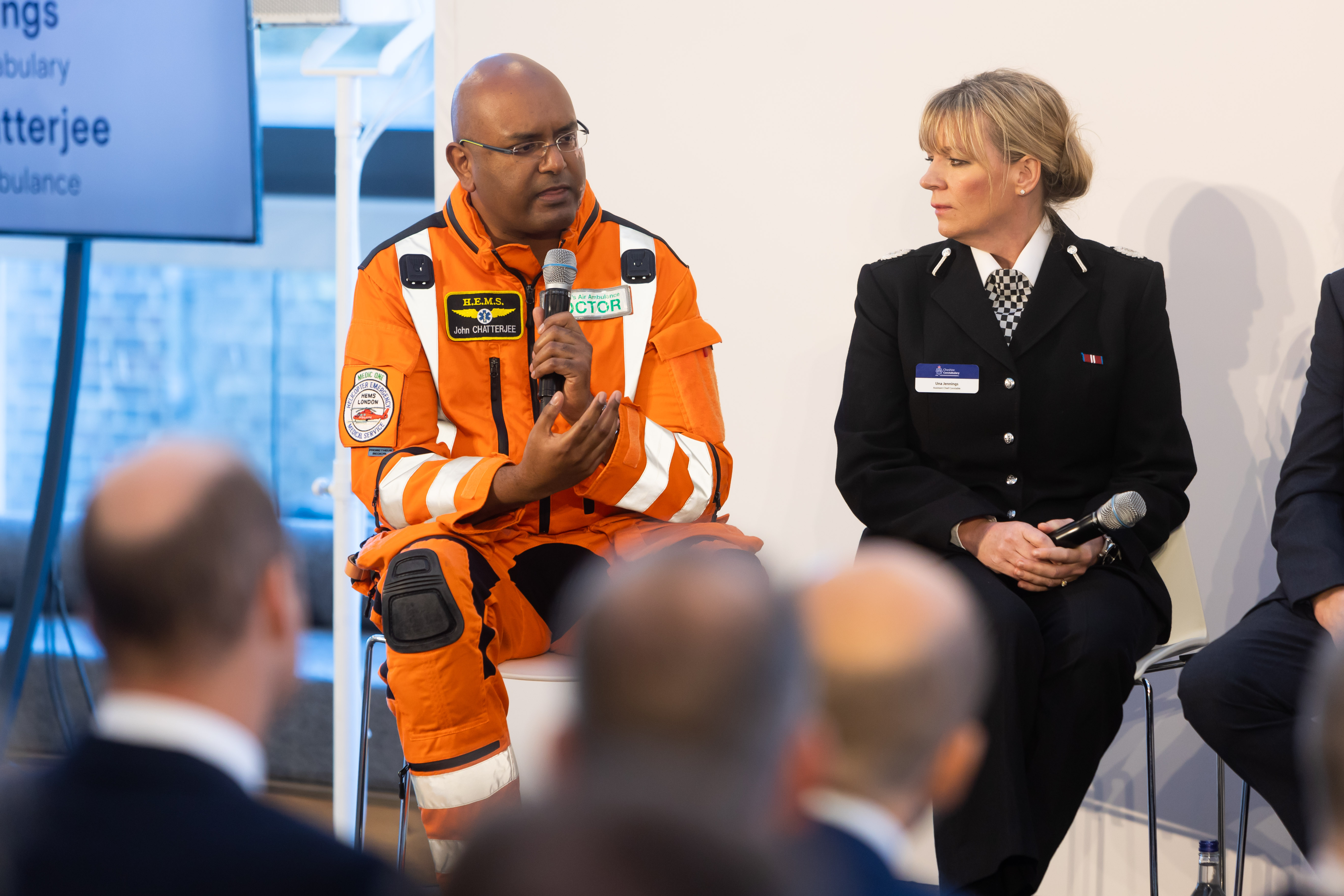 During the symposium, the Duke announced a landmark commitment across the UK to support the mental health of frontline workers. He said: “This is an unprecedented agreement and it sends a powerful message to all emergency responders that mental health is, and will remain, a firm priority for the UK’s emergency services.”

In a UK first, The Chief Officers of the National Police Chiefs’ Council, National Fire Chiefs Council and Association of Ambulance Chief Executives made the public pledge on behalf of their organisations. This is a hugely exciting step for the sector, and part of the new Blue Light Together package of mental health support for the emergency services, developed by The Royal Foundation and partner organisations.

It was a great privilege for the service that John was invited to share his experiences and emphasise the importance of better support around mental health. Working aboard our helicopter ambulance since 2013, John said his “experiences trying to care for patients and families in the ordinary and extraordinary circumstances across London have informed and humbled me”.

John has also been featured on our Picking up the Pieces podcast series. In an episode hosted by Adam Kay, the podcast divulges how our crew look after their mental health, and what the industry could do to better support.

John said: “In this job, you’ll see a child in a school uniform and you’ll see a mum who has been told her son has been hit by a car. You see the visceral reality of the trauma and that takes its toll. Everyone deals with their grief and stress in their own way. I try as an consultant in the service to talk about how I’m feeling. We create a safe space for us to be able to open up and chat.” Listen to the full episode to hear more from John and his colleague.

There is still work to be done to best support frontline staff. At the symposium, the Duke of Cambridge announced a great step in the right direction: “For the first time, a uniform set of standards for supporting the mental health of emergency responders will be adopted and integrated into their workplaces. This is a crucial step in ensuring that the staff and volunteers who work so tirelessly for our nation can be properly protected.”

Also speaking at the symposium were Commissioner of the Metropolitan Police, Dame Cressida Dick, The Rt Hon Sajid Javid, Secretary of State for Health and Social Care and Paul Farmer, CEO of Mind.