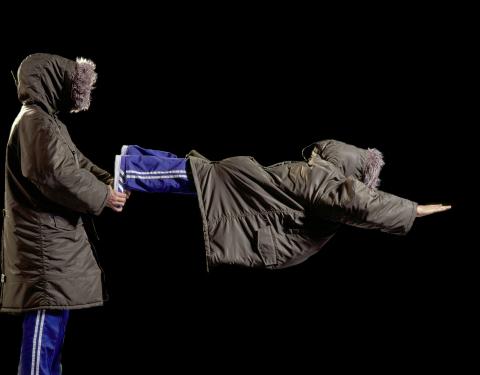 Let yourself be entertained by Otiz Cannelloni and Ivo Graham knowing that your Friday evening helps our vital service.

To buy your ticket, contact Christine Margetts on c.margetts@londonsairambulance.co.uk or (0) 20 7220 5494

Men In Coats was created by Michael Dow. Its unique appeal leapt onto the British Stand up Circuit in 1999 by winning Hackney Empire’s New Act of the Year and an almost unheard of sell out in their first Edinburgh run. A year and two national tours later, they went back to Edinburgh and sold out again at the much larger George Square Theatre.

This is visual entertainment and clowning at it’s finest. Don’t watch too much of the following clip if you’re coming to the show!