Sebastian was just three years old when he was knocked off his scooter by a car. With injuries that had the potential to be very serious, it was vital that he received specialist care within minutes.

“We were walking to the park one afternoon”, recalls Lee, his mother. “We got to a driveway on the pavement. We live on a road that’s very busy, so Seb is very good at checking the roads and he’s very aware of what’s going on around him. He asked me, ‘is it okay to cross mummy?’ And he looked at me and I said yes. I was just behind him pushing his sister Harriet in the pram.

“He started to go across the driveway and within a second or two a car swung into the driveway through a small gap in the traffic and it hit him. I screamed as I saw him go up over the front bumper of the car and end up between its front and back tyres.”

Seb heard his mum scream and tried to move towards her. Unfortunately, the driver, having not seen Seb, continued driving and went over him with their back wheels.

“Doctors later told me that because he scooted towards me, the back wheels went over his pelvis rather than his upper chest which could have saved his life.”

Lee quickly ran over to her son, leaving Harriet with a neighbour that was walking closely behind and had rushed to help. “He was crying and screaming ‘it hurts, it hurts.’

“I was just trying to calm him down. He was lying on the floor; he wanted to get up and I had to keep him still. People came running from everywhere. Someone brought a blanket and put a jacket underneath his head. Seb was hysterical and all I heard was sirens. It happened so fast. Paramedics arrived on scene and said that due to the nature of his injuries, they didn’t want to move him. Then I heard the helicopter.”

London’s Air Ambulance landed in the grounds of a nearby school, and the team ran to the scene. “They were just amazing. Seb kept calling them Fireman Sam because they came in their orange flightsuits. They immediately cut his clothes off, put a blanket around him and performed a series of tests and assessments. It felt like a long time, but I know it wasn’t.

Because of Seb’s distress, the team opted not to airlift him, and instead accompanied him to hospital in the ambulance. “Seb hated the noise but the doctor explained that they needed the sirens to get through the traffic. They kept Seb occupied while making sure his condition didn’t deteriorate.

“We got to the hospital and I’ve never seen so many people come towards us. It was amazing how they reacted and so quickly got on with their jobs.”

Seb made an amazing recovery, and was back running around with his friends at school within the month. “The doctors told me it was like he was made of rubber, he bounced back so quickly. 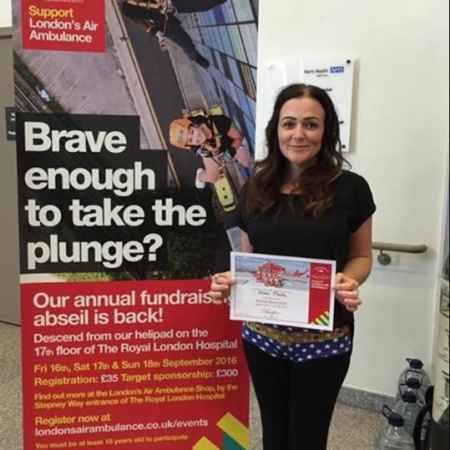 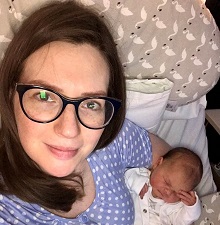 On 25th June 2013, Zoe was walking along Oxford Street when she collapsed and went into… 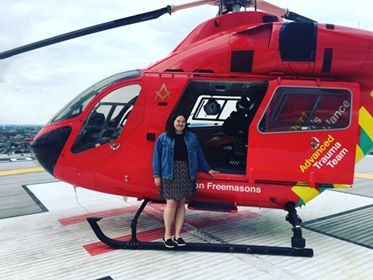 Be honest, be calm and take it day-by-day

Sarah, an ex-patient, shares her advice for overcoming adversity during these challenging times and…