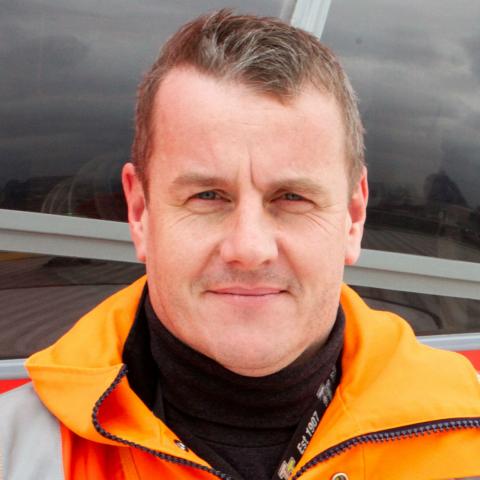 We are very excited at London’s Air Ambulance today, as our Medical Director Dr Gareth Davies has been named as one of London’s most influential people by the Evening Standard.

It is wonderful recognition for all that Dr Davies, Medical Director & Trustee of London’s Air Ambulance and Consultant in Emergency Medicine, Pre-hospital Care & Emergency Preparedness with Barts Health trust, has contributed to pre-hospital care throughout London and the rest of the UK.

Dr Davies joined London’s Air Ambulance as a registrar in 1993 and has been responsible for the education and training of staff since 1996 when he became Medical Director. He is renowned for the standards he has delivered in pre-hospital medical care and leading on the introduction of innovative procedures which are now copied across the world. These procedures include resuscitative thoracotomy (open-chest surgery), and rapid sequence induction of anaesthesia with intubation. Gareth has been the lead consultant at many of London’s major incidents, including the Paddington Rail Disaster and the 7th of July 2005 Bombings.

“It is a great honour to be named as one of the Evening Standard’s Progress 1000.

“When I set out to train as a doctor I couldn’t have imagined I would be part of London’s Air Ambulance for over 20 years. In my time I have witnessed huge advancements in the care that is provided to victims of serious injury in London and the rest of the UK. We are continuously able to save lives of people that previously wouldn’t have survived their injuries and this is what I am passionate about.

We have grown so much, but it has really been a team effort by all at the charity, Barts Health, London Ambulance Service and indeed the whole of London. We couldn’t do what we do without you.”

The Progress 1000, in partnership with Citi, and supported by Berkeley Group, is the Evening Standard’s celebration of London’s most influential people.