In the last National Air Ambulance Week, Stage Manager Ali volunteered 40 hours of her time for our charity. She has worked in entertainment venues all over the world but you can also find her in supermarkets and train stations across London with a red collection bucket. Ali dispels some of the myths about bucket collecting and talks about what it is really like to be out there on London’s streets in National Air Ambulance Week: “There is a huge amount of love for London’s Air Ambulance. You could stand around with a bucket all day and not start a single conversation, but people would still come up to you and say brilliant things about the charity.”

“People might be worried about volunteering to collect because they have a preconception that it’s all going to be about pestering people to donate. In actual fact, most of the time we just smile and people come up for a chat. The public can see that we’re wearing a charity t-shirt with “I Volunteer to Support London’s Air Ambulance” on it, and everyone has a lot of respect for the fact that we’re volunteers. It’s not about thrusting a bucket in someone’s face; it’s about being in the right place at the right time and so making it easy for Londoners to give to the charity.” 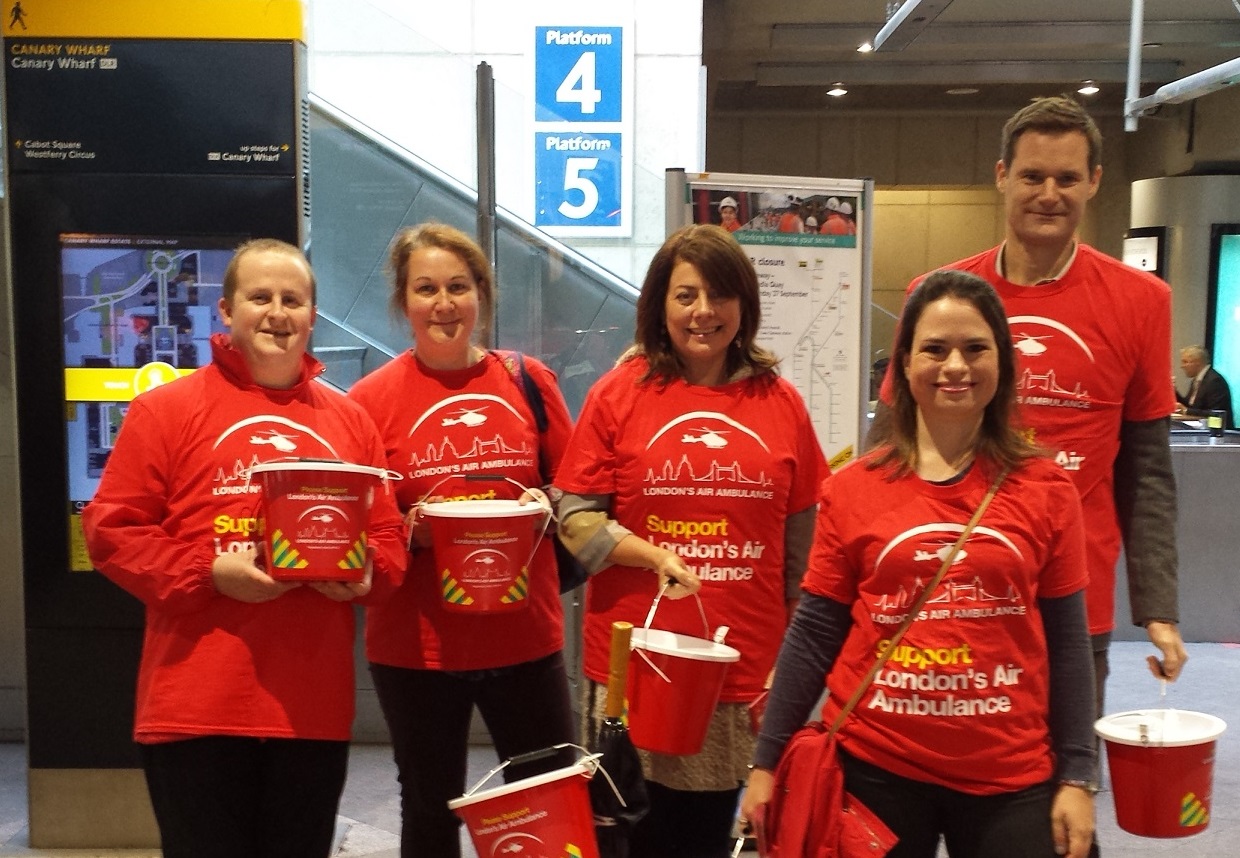 Photo: Ali [second from left] with the volunteer team collecting at the Canary Wharf station in National Air Ambulance Week

“London’s Air Ambulance has an incredibly experienced and supportive Community Fundraising team and they only place volunteers in locations where they’ll have a good experience. They know how important this is because they often come out and collect with us. They never ask volunteers to do something that they wouldn’t do themselves. I have never had a bad experience in my time fundraising for the charity.”

“Everyone who volunteers wants to know their time is well spent and with collecting you see an immediate return on your time, not only in the donations dropping into the bucket, but in all the amazing conversations you have. So many people have a story to tell; I have lost count of the number of people who tell me how their relatives or they themselves have been helped by the medical team. You get to see the difference you are making right there and then. And whilst we are busy thanking people for donating money, they often thank us for donating time. An off duty air ambulance paramedic came up to me at a recent event and said “Thank you for doing this; because without this we don’t fly.” That comment made me beam with pride that day. 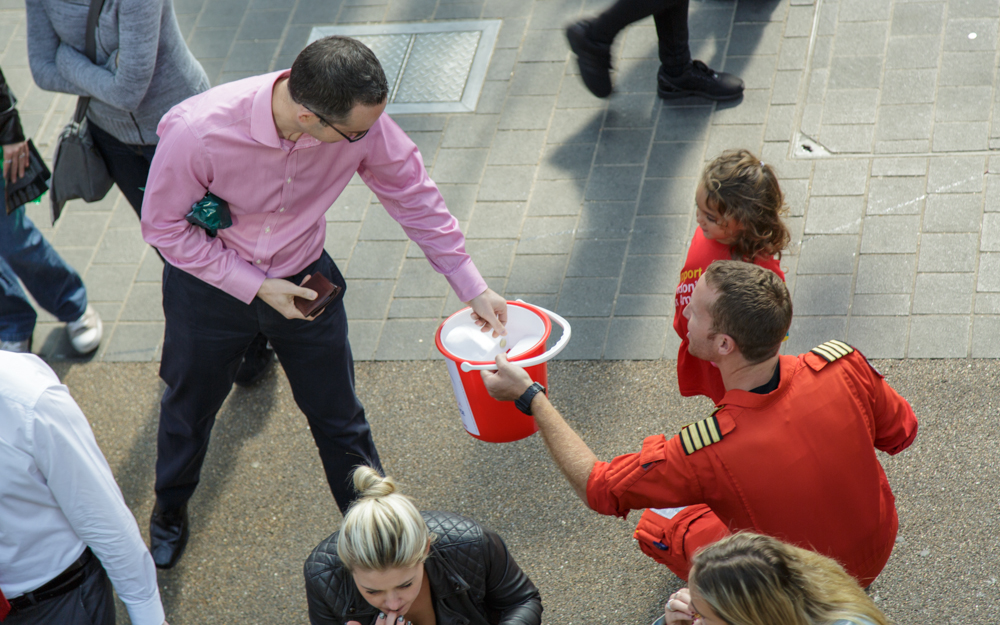 “All of us volunteers are so proud to be involved in the work of London’s Air Ambulance and the same goes for many of the people we meet. From the gentleman who told me that he did the electrical design for St George’s Helipad to the couple who catered all the bacon rolls for Exercise Unified Response to the man who excitedly claimed “I insure your helicopter!” It’s fantastic to see people from right across the community brought together by their support for London’s Air Ambulance.”

“Community is important. If we want services to be there for our families, our friends and the friends we haven’t even met yet, then we all need to take a little bit of ownership and do our bit to help these services thrive. For me, National Air Ambulance Week is a time when we can all make an effort to do a little bit more than we normally do.”

“There are many ways to get involved in National Air Ambulance Week. You can sign up for as little as two hours of bucket collecting and that alone will make a big difference to the charity. If you can’t collect that week you could put up posters in your area, host a mini bake sale or take a charity box into work. There are many ways to give a little bit more. I would urge everyone to get involved this National Air Ambulance Week, in whatever capacity and with whatever amount of time they can spare.”

Thank you for your time and support