But while Bill admits there is an undeniable excitement about this recognition at the charity, he insists the day to day work is the real reward.

He explained: "It is all about the impact you can have on someone’s life - saving a life.

"It is not about winning awards. It is about how we care for our patients."

The London’s Air Ambulance team won the prestigious prize for its use of the pioneering balloon procedure - REBOA - that prevented young cyclist Victoria from bleeding to death after being crushed by a lorry. The awards ceremony was screened on prime time TV on 1st November. Watch it on ITV On Demand. 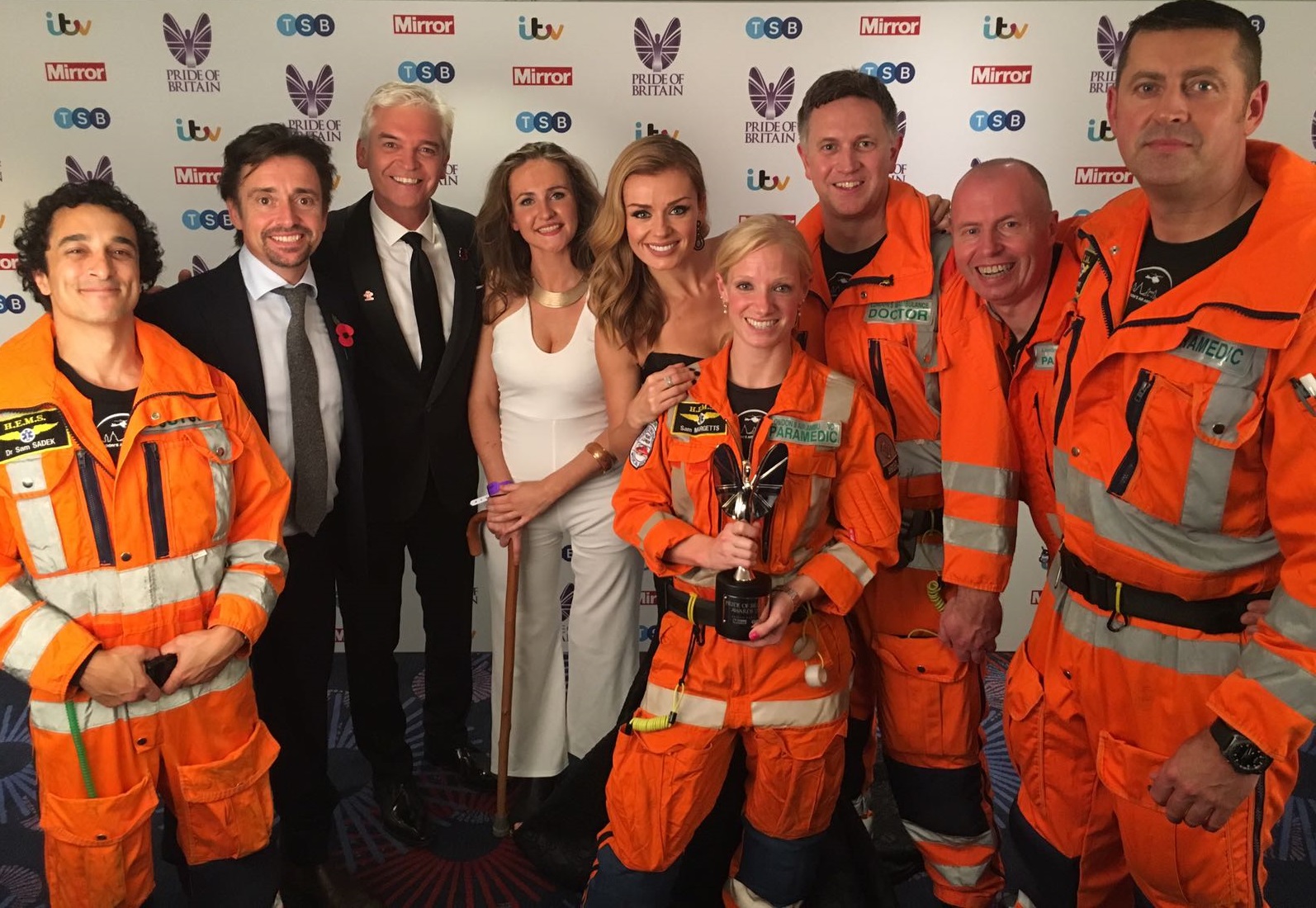 Bill said: "It is nice for the team to be recognised - and when I say team I mean everyone who works on the helipad. But it is seeing Vicky that is the real inspiration.

"Yes we saved her that night but that was our job done. She is still on a very hard road, she has endured so much and to see her smiling, and attending events for us, that is the inspiration and it is massively humbling."

Bill is a specialist paramedic and works alongside a doctor on the Physician Response Unit (PRU) that responds to medical emergencies, such as cardiac arrests. This service operates in the area around The Royal London Hospital, including the City and East London.  The PRU team can provide advanced medical care to critically ill Londoners, reducing pressure on the London Ambulance Service and the Emergency Department. 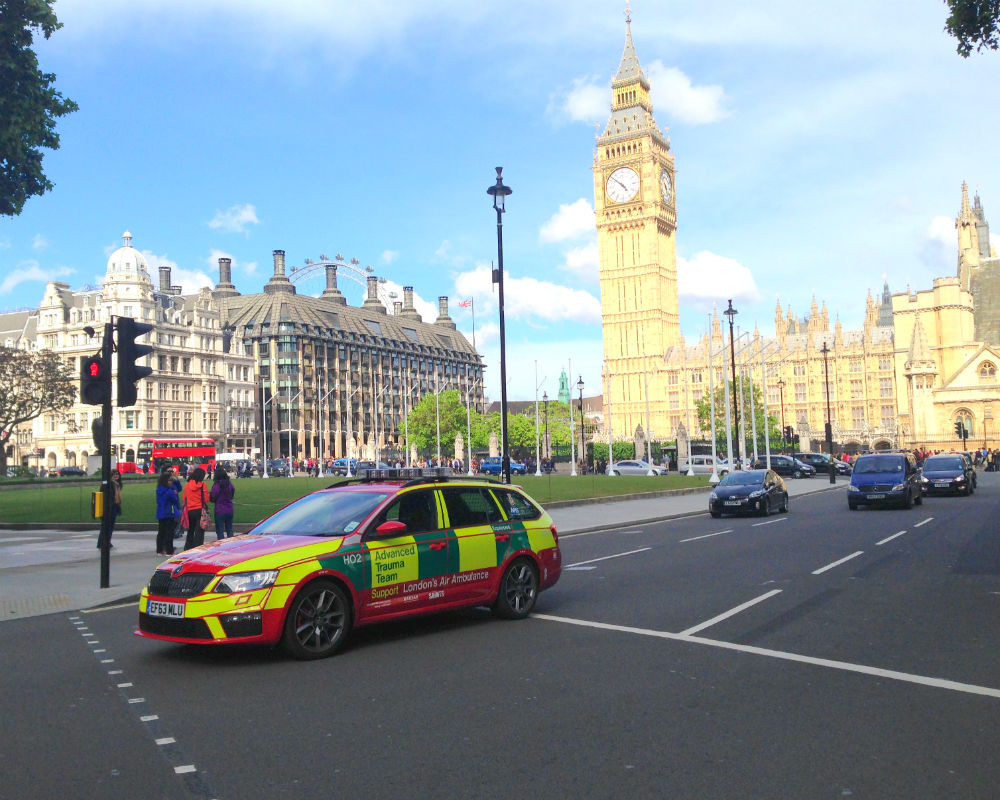 Bill explained: "We don’t just do trauma, we take the emergency department to the patient.

"What we do really pushes the boundaries: we see everything and can be treating people in their homes, the workplace, or the roadside.

"You never know what you're going to be doing in this job and that's what I love - that and the patient contact."

The ‘Cool Car’ is the nickname used by the local ambulance crews when the PRU attends victims of cardiac arrest.   The Cool Car team provides additional equipment, expertise and drugs which can improve survival and recovery rates in victims of cardiac arrest. When the heart has stopped following cardiac arrest, it is imperative to ensure oxygen is reaching the brain and that blood is being pumped round the body.  To achieve this, the team carry a machine called the Autopulse, made by Zoll, which delivers mechanical chest compressions to ensure consistent high quality CPR.

The PRU is based at The Royal London Hospital in the East End, very close to where Bill grew up.

"I'm an East End boy, I left school at 16 and things could have gone very differently for me. But I joined London Ambulance Service and it is a brilliant job.

"There are no barriers to becoming a paramedic, I hope I can inspire others to join us."

Bill, who is now 51, says he is always learning.

The extensive training kicks in every time the bell goes for a shout. Bill will get brief details about the job he is going to and must then drive to the scene.

He said: "Driving with blue lights is a big responsibility. We are generally doing about 20mph above the speed limit - it might not sound like much but consider how busy London is.

"People come out of nowhere, people with headphones on, bikes, cabs looking for fares, there are challenges the whole time.

"But like the medicine, the driving is something I have trained in to a very high standard — our instructor is a genius.

Whether driving or dealing with trauma, the key, says Bill, is not to flap. 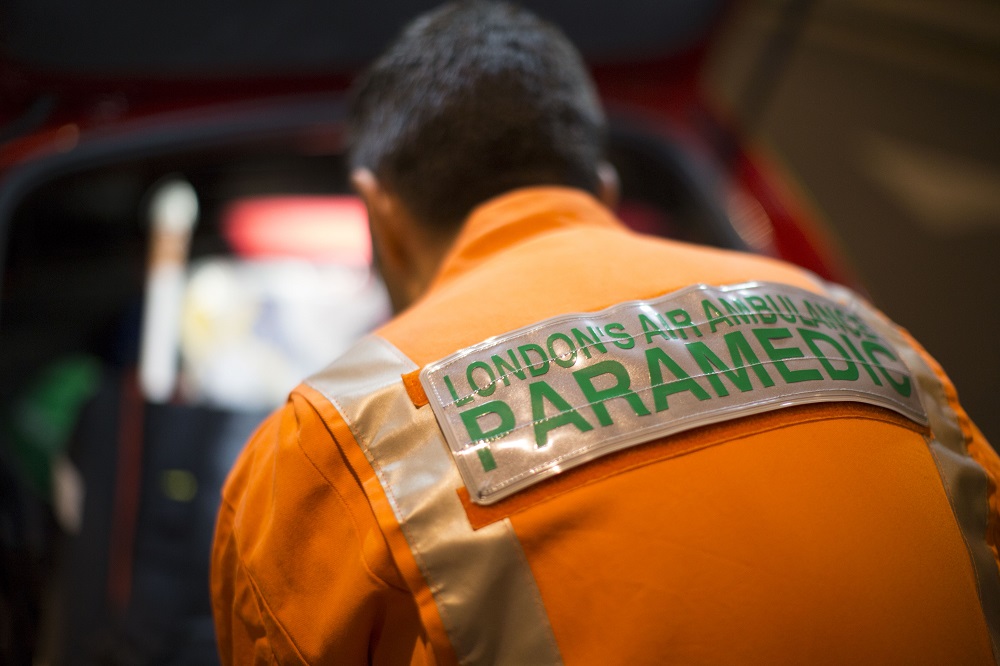 "I got taught a long time ago — don’t run, walk with confidence. When people see that it inspires confidence, they know you are professional, you will get the job done," he said.

"You need to be able to compartmentalise, there are very difficult days. Often that's where your colleagues come in. The banter gets you through. We are a team."

His main source of support though is his family.  He has been happily married for 31 years and has a daughter who is a solicitor.

"I would say everything I've achieved is down to the support of my family - my wife. And I've come from a very loving family. We didn’t have anything but we always had kindness and respect for other people.”

“Those things are at the heart of this job."