As a pilot for London's Air Ambulance, Captain Andy Thomson flies life-saving missions bringing our medics and pioneering medicine to the streets of the capital.

But some of Andy's challenges keep his feet firmly on the ground. The father-of-two volunteers as a fundraiser for the London's Air Ambulance charity and can often be found shaking a bucket or giving talks to schools and community groups.

He said: "It feels great to be part of something that makes a genuine difference. We couldn't be out saving lives every day without help.

"A lot of people are very proud of the service, as we are truly the public’s air ambulance: we are there for all those who live, work and travel in London.

"You hope they never need us but, if they ever do, we are there for them.” 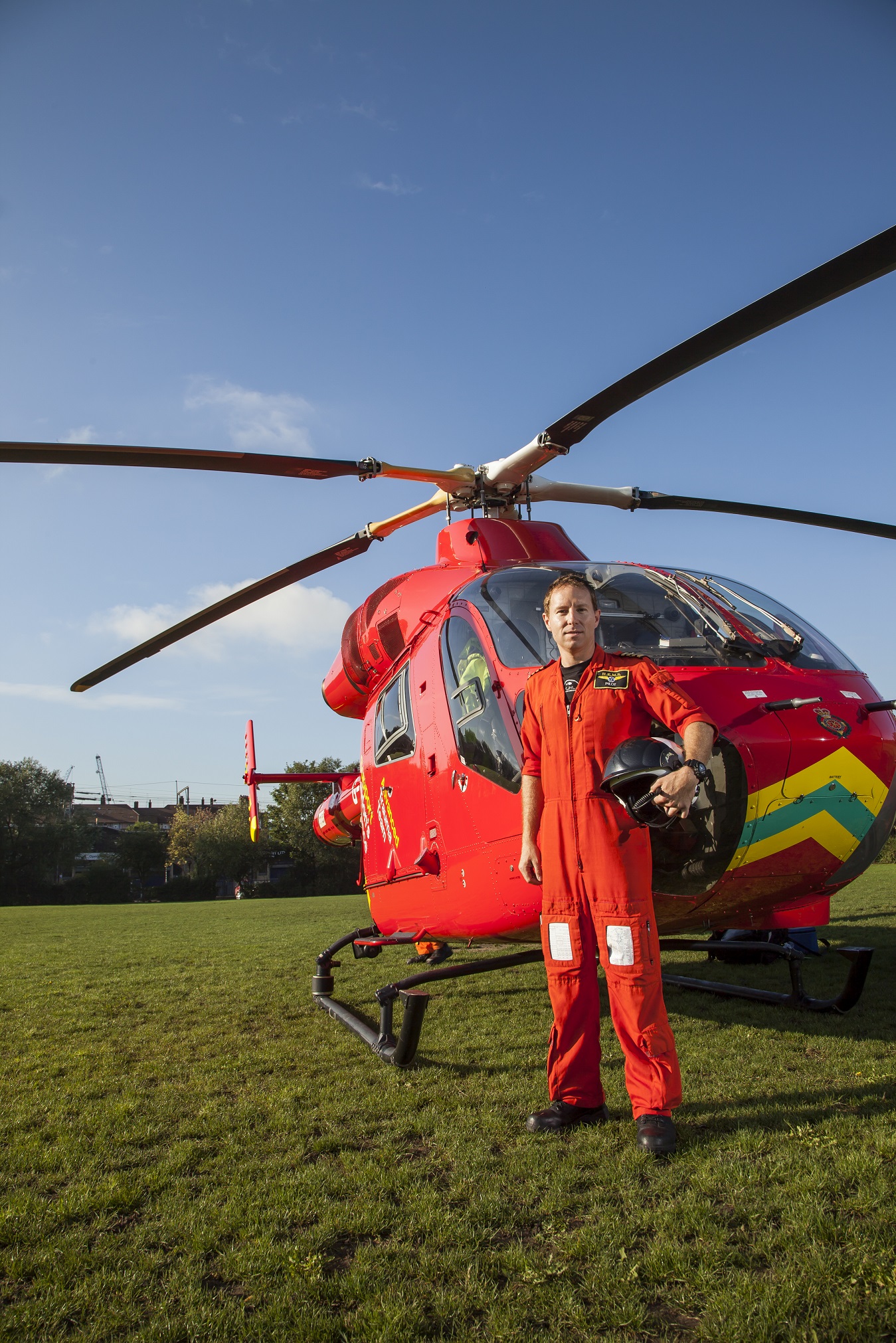 Andy has wanted to be a helicopter pilot since he was a child and watched the TV show Airwolf. He completed most of his flying training in the United States where he went on to work as an instructor. He then worked in Scotland for six years flying to the North Sea oil rigs before landing his dream job in London.

He said: "I fly in one of the best cities in the world. It is a phenomenal opportunity and offers a lot of unique challenges due to the busy airspace, the terrain and the environment. We can land anywhere, as long as it's safe. I never expected this job to be so rewarding.

"We are always looking for ways to improve - this is not a job where you can have ‘okay’ days.

"You would not just want to do a mediocre job, you want to do your best for the person who is injured. If it was you or your loved one you would want absolutely everything to be done for them, you would want to know that they were given every chance they could to survive…You don’t want to let anyone down.”

Andy is passionate about his job after seeing first-hand the difference the air ambulance makes to patients and their families.

He added: "We see people who are having the worst day of their lives, and then months, even years later, they come back to visit us and they are fathers, mothers, grandparents… We changed their lives when we were there for them, on the day they needed us the most. It is amazing,”

Andy has just completed a 100-mile bike ride to raise money for the charity and his whole family are involved in fundraising. 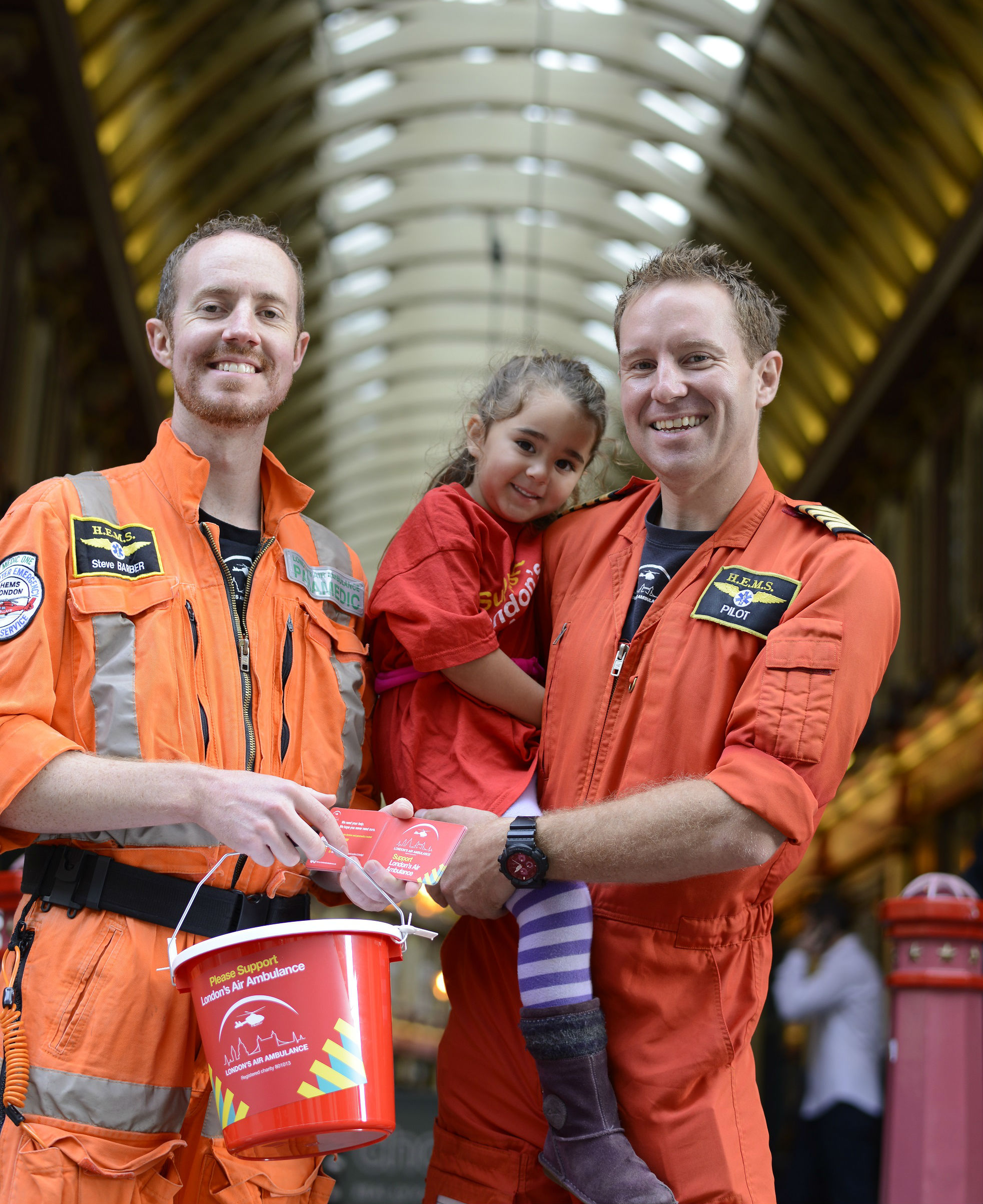 “Last year, I took my four-year-old daughter Lottie along to shake buckets for National Air Ambulance Week. Someone asked her what she was collecting for. She said ‘Ice cream’. ‘Ice cream?’ asked the passer-by, surprised. ‘Yes, my daddy said that if I collect some money for a second helicopter for London's Air Ambulance he would buy me an ice cream.’ She was actually so good at collecting that someone asked if we had hired her.”

“I also really enjoy meeting our volunteers, they are great people. They have such passion for the service. They are so keen and willing to help out; to spread the word about the organisation. Their contribution is absolutely vital, and I am really looking forward to shaking the buckets together with our volunteers this National Air Ambulance Week.”

Can you spare an hour or two to volunteer during National Air Ambulance Week 19-25 Sept? We have collections taking place at Central London tube and train stations throughout the week and need volunteers to help us collect donations and distribute our new charity pin badges.

VOLUNTEERS ARE VITAL IN HELPING US RAISE THE MONEY THAT WE NEED SO IF YOU ARE INTERESTED IN JOINING OUR TEAM FOR NATIONAL AIR AMBULANCE WEEK PLEASE CONTACT HAYLEY ON 0203 023 3312 OR EMAIL [email protected] THANK YOU!