This time last year, Lily Smith - our Corporate and Events Co-ordinator - donned her trainers and signed up almost her entire family to the BUPA 10,000.

Still buzzing from the feat, she’s urging others to make those New Year’s fitness resolutions a reality and sign up for one of our 2016 Challenge Events.

“I’d been a gym member for over a year but never really got into it. Then my dad, my sister and I signed up as a family with the aim of raising £300. I followed a ‘couch to 5K’ programme to get started and even though it was often dark and miserable outside, having the goal of helping London’s Air Ambulance and raising money really made me push myself to get out training every evening, even if it was just for a run around the block. In the end I was so pleased I did it. I’d never done 10K before so it was a personal best and it was wonderful to run along with my dad, pointing out all the London landmarks and soaking up the great atmosphere along the way,” said Lily. 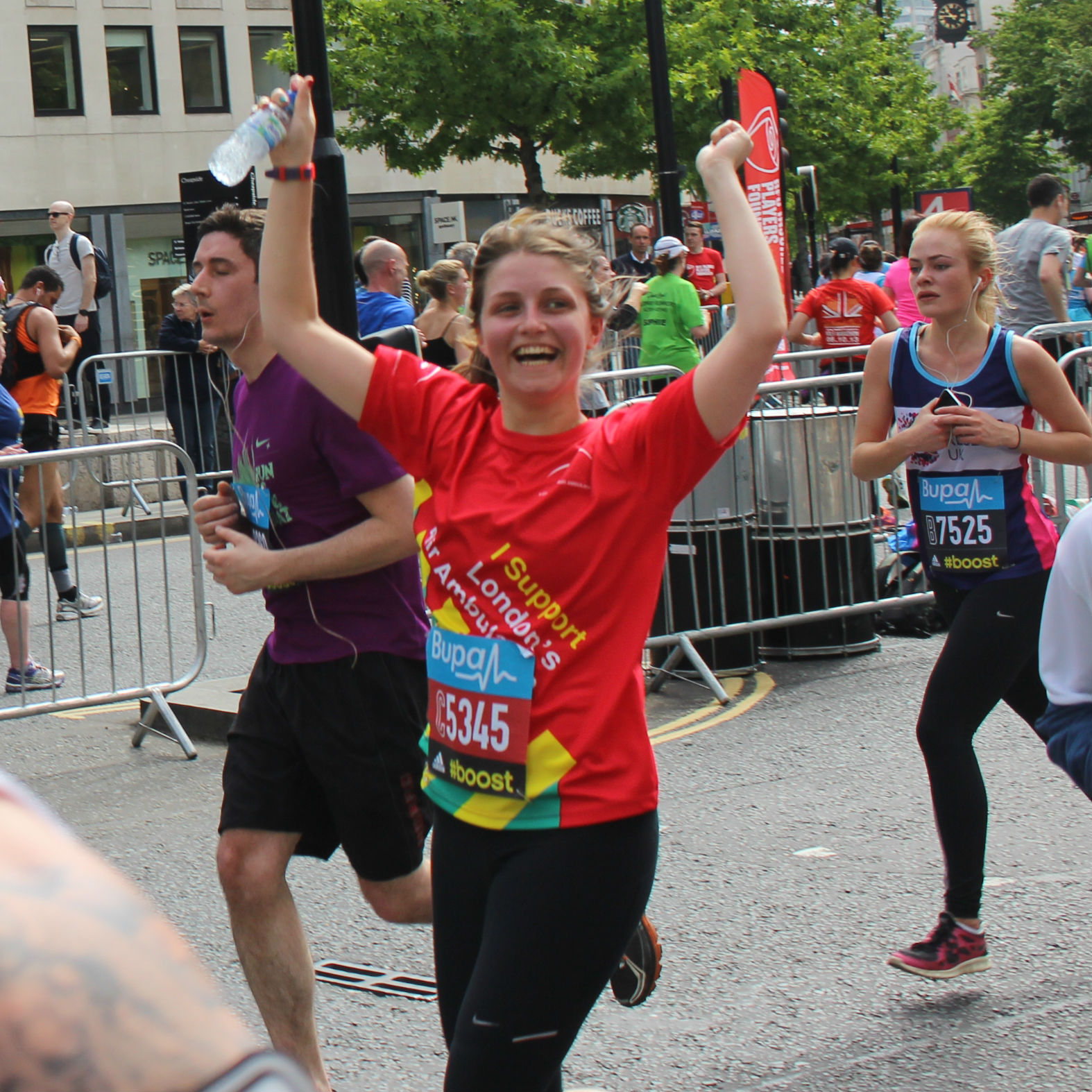 Lily completed her 10km challenge in 1 hour 3 minutes and her family doubled their £300 target, raising £685 in total.

“It’s always good to take up a new challenge and doing it for a cause close to your heart makes it truly special. We’ve got something on offer for everybody, from 10K runs to 100 mile cycles and not forgetting our annual abseil off our helipad at The Royal London Hospital. There are so many inspiring stories to prove that anyone can do it. I remember a 91-year-old man who did our annual abseil from the helipad, launching himself off some 280 ft. Even his great-great grandchildren came along to watch him.”

Lily got involved with charity work while studying at the University of Birmingham before joining London's Air Ambulance. "I’d heard a lot about how the charity was one of the world leaders and all the good work they did,’ she said. Initially people think, as I did, that it’s used as a transport system for getting patients to hospital. But it’s so much more than that, a lot goes on at the roadside and it’s good to get the message across about what an amazing job our trauma teams do." 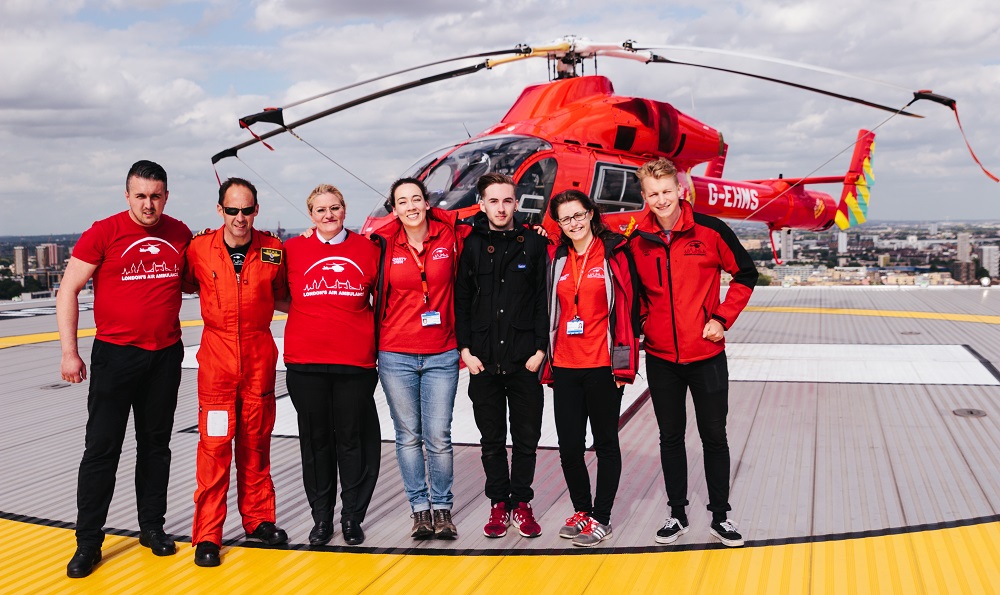 Lily is part of the Events team that supports anyone signed up to our Challenge Events.  The team can provide one-to-one assistance, ranging from help with hitting the target to training advice, as well as organising socials like the Pasta Party before the Virgin Money London Marathon. This fun night helps runners traditionally ‘carb load’ a few days ahead of their epic test.  “It’s a nice opportunity for our runners to get together and meet other people who they might see on the day. It’s fantastic to have a friendly face to look out for during the marathon as it helps keep you going, and of course we get to say thank you for all the hard work, sweat and perseverance the fundraisers put in to support us.”

“We know how daunting it can be trying to meet your target, so we are always just a phone call away offering support and advice with your fundraising. A new development for 2016 is our online fundraising site, which can be set up directly on the London's Air Ambulance website.  Online fundraising makes everything so much easier as you don’t have to chase people for sponsorship after you’ve completed your event and 100% of your fundraising comes direct to London's Air Ambulance.” 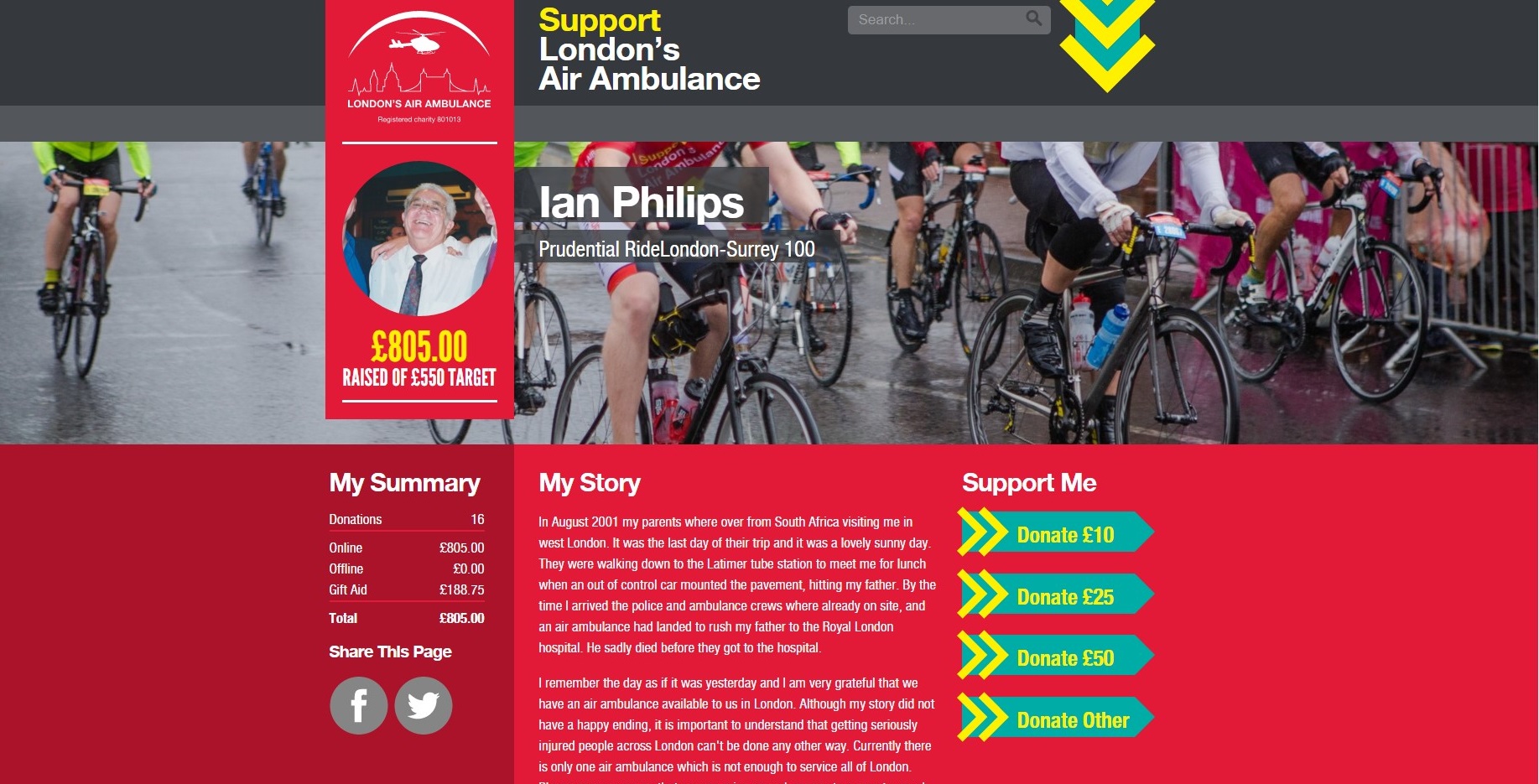 “Signing up for the BUPA 10,000 was great for me to get a perspective of what it is like to be a participant, to go through the whole fundraising experience and to understand what our supporters experience. Having the London’s Air Ambulance cheer teams on the side lines was so special. Looking out for them around the half way mark kept me going. Having a target as a fundraiser gives you an extra sense of achievement and helps to remind you what you’re doing it for. When you hit that milestone, you want to push on for that extra bit of sponsorship.”

“This is the perfect time of year to think about taking on a new challenge.”

[Please note that this year's Virgin Money London Marathon in April is already full, but those who won a place through the public ballot can still pick London's Air Ambulance as their charity of choice.]