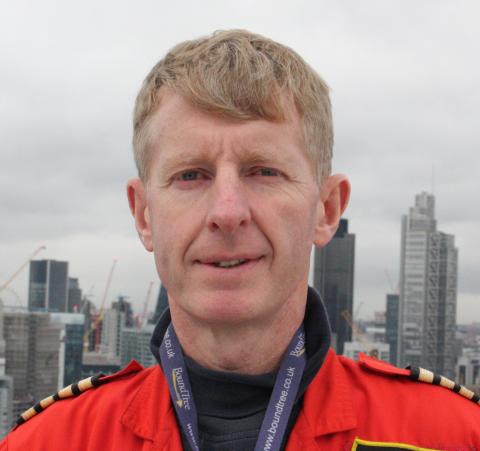 How to behave if you happen to witness our helicopter landing nearby? How far to stand? How to help our team? And what not to do? We talked to one of our pilots, Captain Pete Driver, about bystander dos and don’ts: “People are always very supportive and often helpful in helping us get to the patient faster — that goes for the other emergency services who might clear the landing site or a member of the public who advises us which gate to use when we land in their back garden. Without cooperation from people on the ground, we could not deliver our advanced trauma team to the patient’s side, not in a densely populated area like London.”

“When we land in the street or a park, we are often asked by bystanders whether this is training. If you ever see us land, be assured it pretty much always is a real life emergency. London’s Air Ambulance is operational all the time and no training involving aircraft takes place using the streets of London,” says Pete. 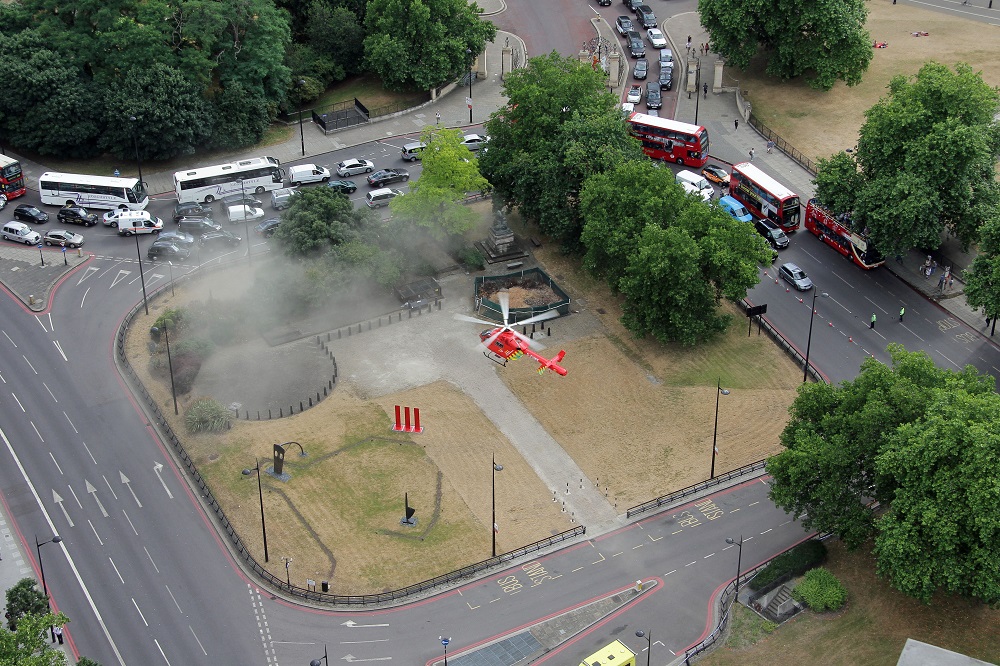 London’s Air Ambulance has unique privileges in London’s airspace, with priority over all other air traffic when on an emergency medical call. Our experienced pilots have the right to land anywhere they deem safe. They are looking for a space of 80ft square — equivalent to a tennis court - as close to the scene of emergency as possible.

Essentially, if you can see the aircraft there is a risk of downwash [air pushed down by the helicopter blades can lift objects causing a potential risk to bystanders or the aircraft itself]. The best thing to do is to go behind a corner, to put something solid between you and the aircraft, a building being the best choice. Otherwise, go as far away as possible, a minimum of 100 meters. Please do so for your own safety, but also for the sake of the person we are attending to. It will help us a great deal.”

Once we have landed, please don’t approach the aircraft until it has fully shut down and you have been instructed to by officials. When bystanders see the London’s Air Ambulance crew getting out of the helicopter, a well-meaning member of the public might assume it is safe to approach us and offer their help. Stay at least 100 meters away until the helicopter blades have fully stopped. Never approach the aircraft from behind. Once the blades have stopped you can come closer at 10 o’clock to 2 o’clock position so that the pilot can see you. Our helicopter is MD902 with notar, no external rotating component, meaning it is much safer that other types but this rule still applies.”

Improvised landing sites full of people are just one of the challenges our pilots face: “Tower blocks, cranes, areas that are a bit smaller, not having the green option. If you overlay it with ‘interesting’ weather… Wires are the archetype of risk for air ambulances. Imagine a thin black line highlighted against broken background.”

London is the world’s busiest, most complicated airspace. For safety reasons, the London’s Air Ambulance helicopter is operated by two pilots. The co-pilot acts as a navigator and communicator — talking to air traffic control and looking out for wires and high buildings while identifying an appropriate landing site.

“I enjoy the multipilot format at London’s Air Ambulance. You have two pairs of eyes, two brains that can come up with a better thought out option,” says Pete. “You have to expect the unexpected when landing at unsanitised landing areas. In a way you are looking for reasons not to land. You deploy a highly cynical view of the scene looking for worst case scenarios for safety reasons.”

“Without your help, we wouldn’t be able to land. One example for all is a recent Trafalgar Square landing where the security of the British Museum and the Police cleared the site for us. It took us three orbits to land as this is a very busy part of London. Thanks to the cooperation from the members of the public we delivered the medical team to the patient’s side quickly and it made a genuine difference to that person,” says Pete. 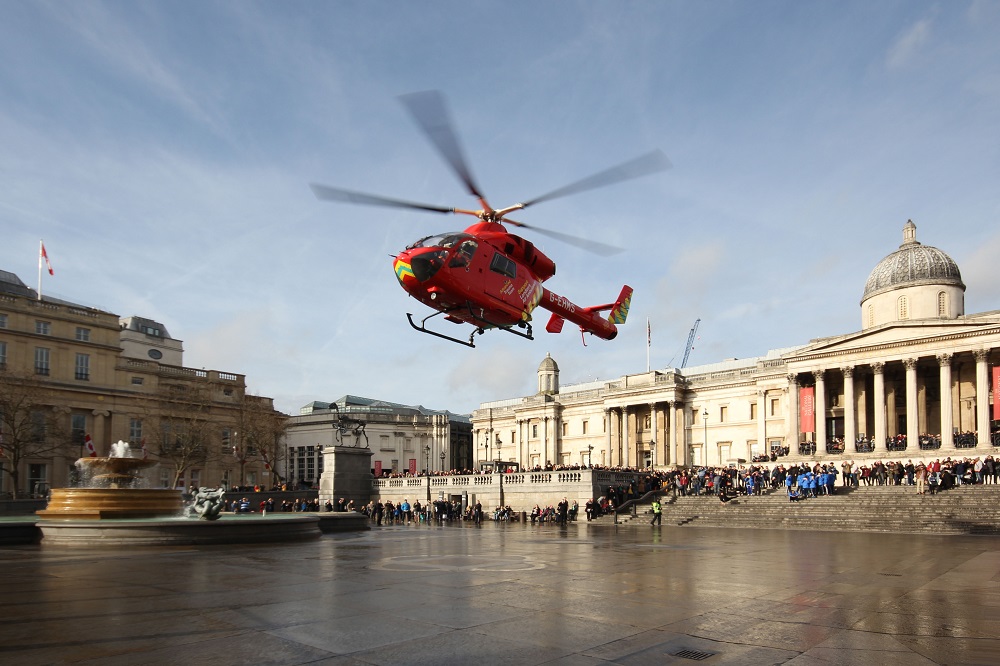