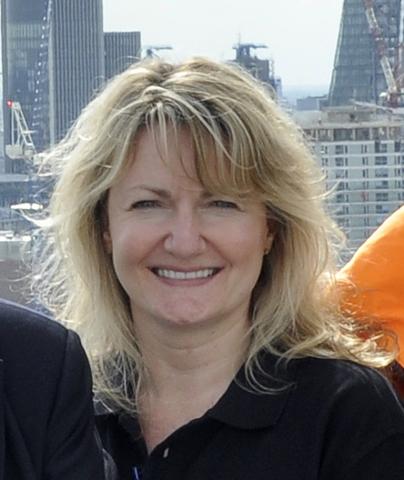 In 2011, Sam Walker spent the last weekend in November in intensive care with her goddaughter who had been hit by a car in West London. Some 24 hours later, our team happened to visit the company where she worked, Aberdeen Asset Management, to talk about the charity and why it needed support.

“It was an instant decision to offer to get involved doing pro bono work,” says Sam, who went on to become a trustee in 2013 and deputy chairman of the board of trustees two years later. As Chief of Staff at a global asset management company with 25 years of experience in public affairs, she brings a breadth of knowledge to our board.

As our charity welcomes three new Trustees, Sam reflects on the past four years with London’s Air Ambulance and how much the charity has achieved.

“What surprised me most about London’s Air Ambulance at the time is what seems to surprise everyone — the fact it is a charity. I was equally bowled over to find out how lucky we are in London to have this world class organisation on standby. For this patient group, who are typically very unwell and where time is of the essence, the organisation deploys experts in trauma medicine and pre hospital care, very ably supported by an incredibly dedicated team of colleagues and volunteers who keep everything running.

“When I accepted the invitation to become a trustee, I joined a board which has the role of steering the organisation through the inevitable highs and lows involved in growing a business. Our responsibility as independent trustees is to use our skills and judgement to ensure financial propriety, a strong culture, and good governance.

During her time as trustee, Sam has used her expertise to help secure £1 million from HM Treasury’s then Libor fund towards London’s Air Ambulance’s second helicopter, G-LNDN. It was a first for the sector and led to other air ambulance charities benefiting from this new source of funding.

“When I heard the Chancellor announce a new fund for the emergency services in his Autumn Statement in 2013, I wanted to know more about it. To go on to see our campaign result in a one million pound award to London’s Air Ambulance the following March was absolutely terrific. It’s also been hugely satisfying to see so many other air ambulances receive support as well.

It’s been a real privilege to watch the charity, which celebrates 30 years in 2019, undergo such transformational change - the second helicopter, extended daylight flying hours, five new rapid response cars, the first air ambulance in the UK to carry blood on board, our Patient Liaison Nurse and the world’s first pre-hospital REBOA.

“The pursuit of excellence for patients is at the heart of the organisation. Yet none of what we do would be possible without the support of an exceptional charity team, tireless volunteers, our NHS partners and donors from all corners of London.

“What next? To embed the charity even deeper into the fabric of London to ensure it continues to provide the very best patient care for years to come.”