“I always knew I wanted to do something medical from a young age. When my mum was pregnant with me my dad was in a serious car accident. He broke his neck resulting in him being in a wheelchair for the rest of his life. From a young age I was heavily influenced by the carers who helped look after my dad and I kind of grew up expecting I’d work in the health service”.

“I don’t know whether my dad’s accident had anything to do with my desire to do pre-hospital work, and in particular, help trauma patients, but there’s probably some kind of link there. It’s a completely random thing — major trauma can happen to any family at any time.”

“I do the odd ambulance shift back in Croydon. I enjoy going back to see my colleagues and working on frontline ambulances”

“The wonderful thing about the partnership between London Ambulance Service and London’s Air Ambulance is that once the paramedics have completed their nine month placement they go back to the London Ambulance Service with a huge amount of trauma experience and increased confidence in managing difficult time critical scenes. It’s experience that we want out there, on the streets of London for the benefit of the people of London”. 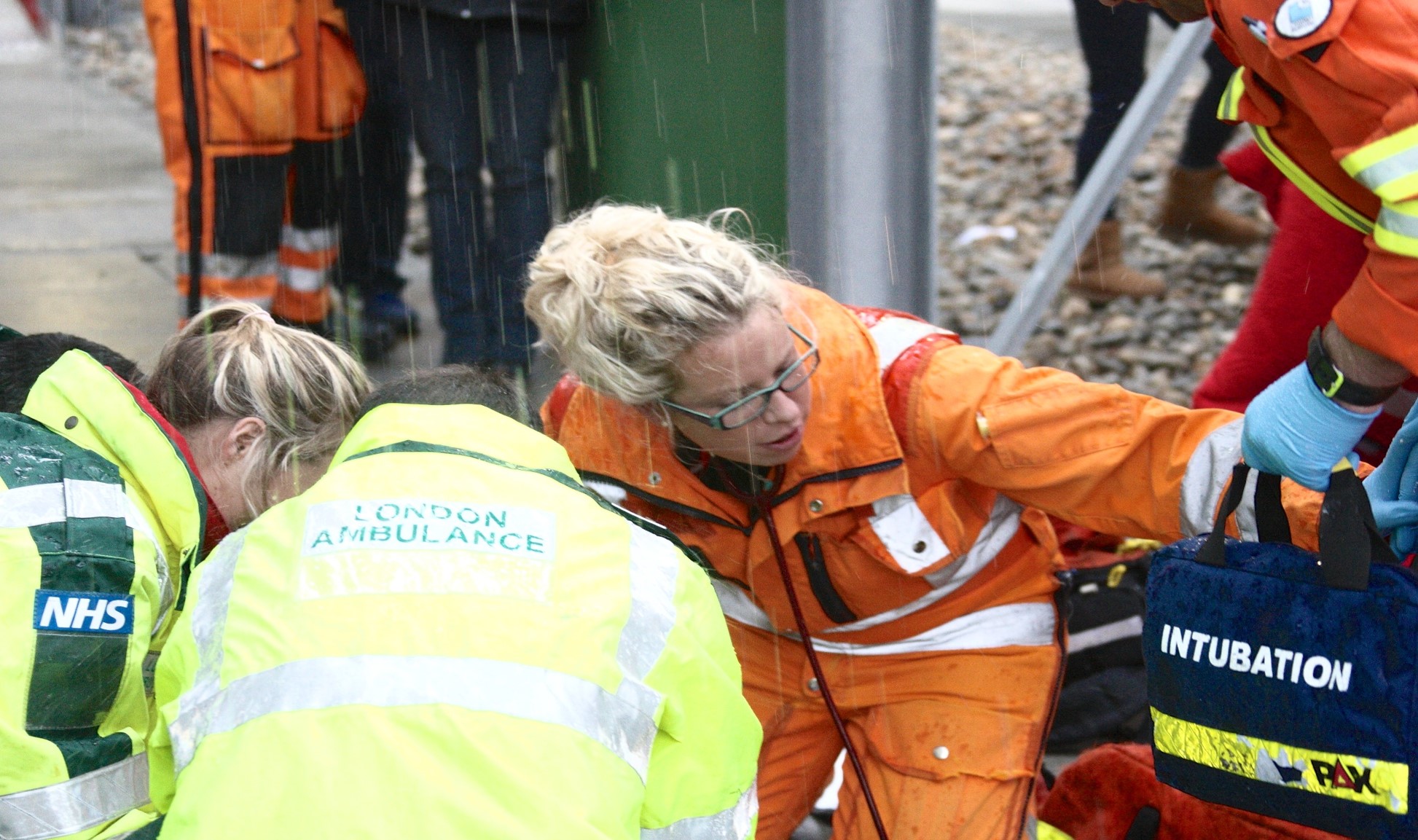 This was demonstrated at a serious incident in Croydon a few months ago. The London Ambulance Service teams responding to the incident consisted of frontline ambulance crews, Advanced Paramedic Practitioners, Hazardous Area Response Teams and working within all of these teams were paramedics that had previously been on placement with London’s Air Ambulance and who continue to work within the London HEMS system and support the London’s Air Ambulance charity.

“I knew a lot of the attending crews personally. The emergency medical response to that incident was fantastic — I was so very proud of everyone. London’s Air Ambulance also attended the scene and did a fantastic job; it was a real demonstration of great collaboration and proved how well the system can work.”