Support of the City Bridge Trust 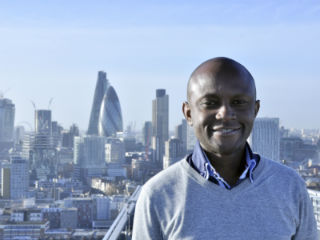 In September 2013 London’s Air Ambulance appointed the UK’s first Patient Liaison Nurse for trauma patients. The position aims to assist London’s Air Ambulance patients with their transition back to independent living. The role bridges the gap between the rapid on-scene pre-hospital treatment that the charity is renowned for and the patient’s long term recovery.

The City of London Corporation’s charity, City Bridge Trust, has generously funded this ground-breaking role for five years; recognising the charity’s standards of clinical excellence and the absence of equivalent support elsewhere in the Capital’s emergency infrastructure. Since 2013, the Patient Liaison Nurse has supported over 1,500 individuals, providing vital post-trauma guidance and support.

London’s Air Ambulance CEO commented: “Thanks to the grant from City Bridge Trust we can now assess what happens when our patients are discharged from hospital after suffering life threatening trauma injuries and support them throughout their rehabilitation process. We are extremely grateful to the Trust for their vision and commitment to improving patient outcomes.”

City Bridge Trust Chief Grants Officer David Farnsworth said this: “City Bridge Trust is committed to tackling disadvantage in London by supporting charitable activity across Greater London. We are delighted to be supporting Londoners by funding the Patient Liaison Nurse role at London’s Air Ambulance and providing unprecedented assistance to trauma patients in the capital beyond the acute phase”.

Frank Chege took up the position after having worked alongside London’s Air Ambulance as an Emergency Nurse at The Royal London Hospital for seven years. For him, “understanding your injuries is the beginning of the recovery process. Following up with our patients and their families will allow us to explain the pre-hospital medical care they received and identify any unmet needs they might have.”