In his 14 years as an emeritus paramedic with London’s Air Ambulance, Steve has treated hundreds of seriously injured patients as well as doing his fair share of fundraising. How does he see the role of our charity’s supporters? “They are us. We are the extended hands of our supporters, of what they have done,” says Steve pointing to a picture of 5-year-old JJ, whose sponsored swim raised enough to send a helicopter to another person after we had treated his uncle. 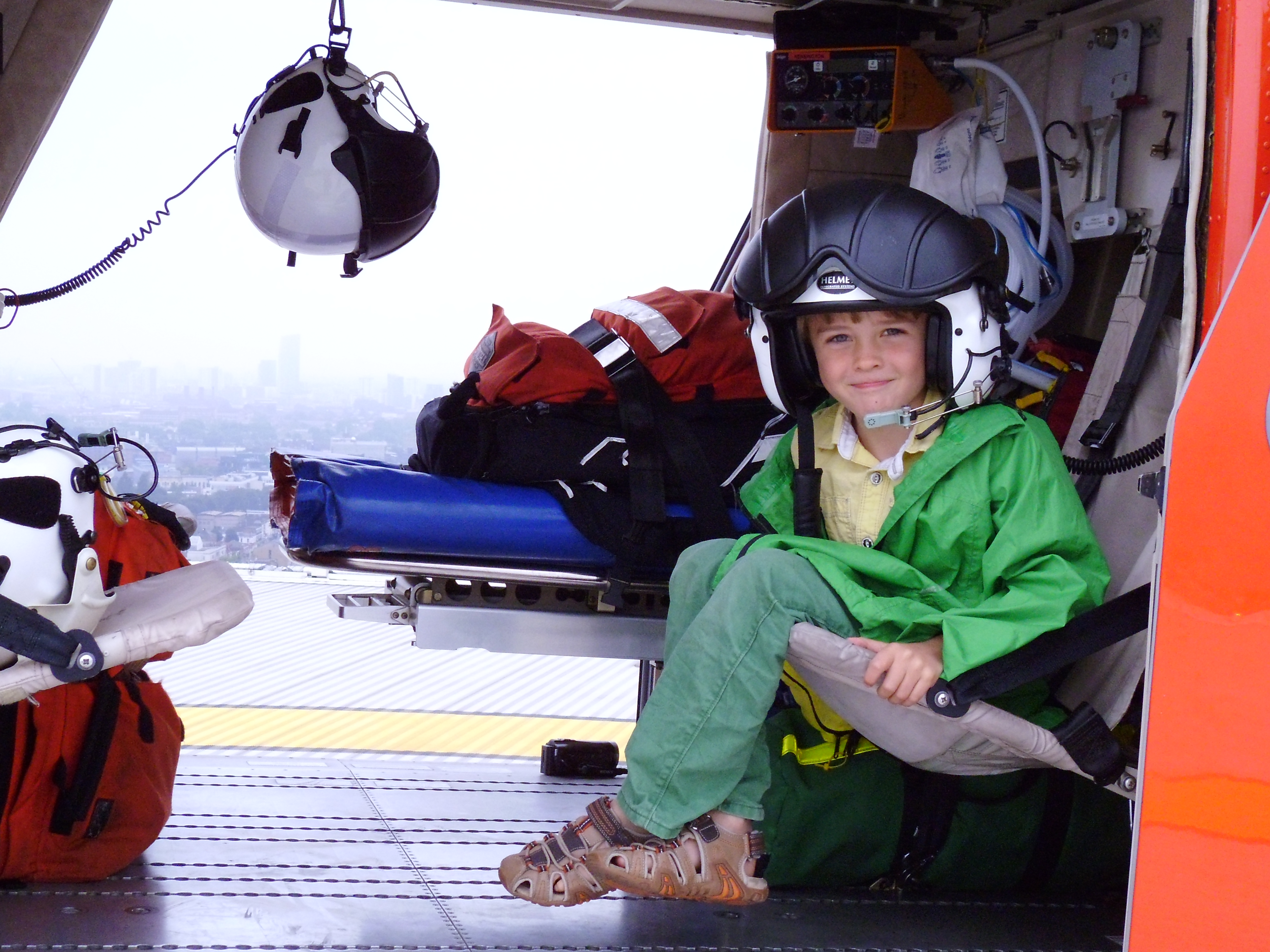 “Without those who donate and fundraise, we are not going to be there for the next person who is seriously injured. This kiddie’s uncle got involved in an accident, which is how he found out about us and why he fundraised. At the age of 5, he has become a part of this remarkable chain. The mission JJ has paid for…the person who will be helped on that mission or their family and friends might go on to fundraise and their support will help save someone else’s life. Within this system [London’s Air Ambulance], many of our biggest fundraisers are people who have met us at the point of care. Our patients."

"We thought he did not make it. Then he came to visit us at the helipad. It hit the nail on the head - why we do what we do.  If you are sick, we will send London Ambulance Service. If you are really sick, we will send London’s Air Ambulance and we will throw every toy at you. It is all about one person — the patient. We fix the patient as best we can. Most people think they will never need London’s Air Ambulance. If you ever do, you would want us to be there, you would want the best care possible." 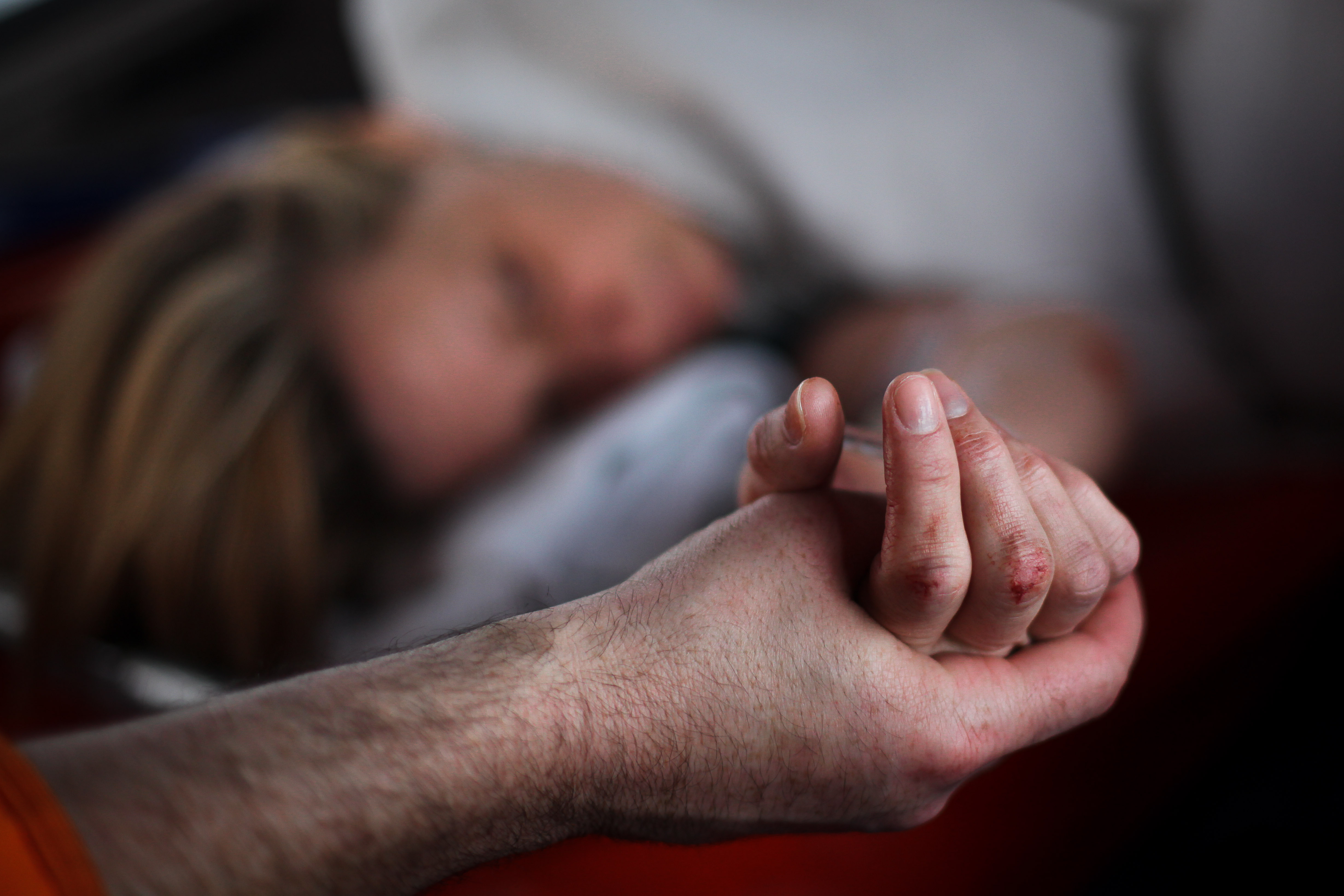 “You don’t know what’s around the corner”

"It’s gain or chance. Anyone can get hit by a bus or by falling masonry. London’s Air Ambulance is cross boundaries. We will go to a guy who works in the City and gets hit by a car in Farringdon, to a kid who falls from height in the playground or to a street dispute in Stockwell. We will tend to all of them."

Have you ever wondered who this hand belongs to?

It is Steve’s. And yes, the photo is authentic and was taken on a mission. “Some 50 % of our patients are conscious. We hold their hands and do our best to offer psychological relief. We are people, just like our patients.” As one of our longest serving paramedics, Steve has helped to define a standard maximum secondment period for paramedics introduced partly to prevent exhaustion and psychological damage. 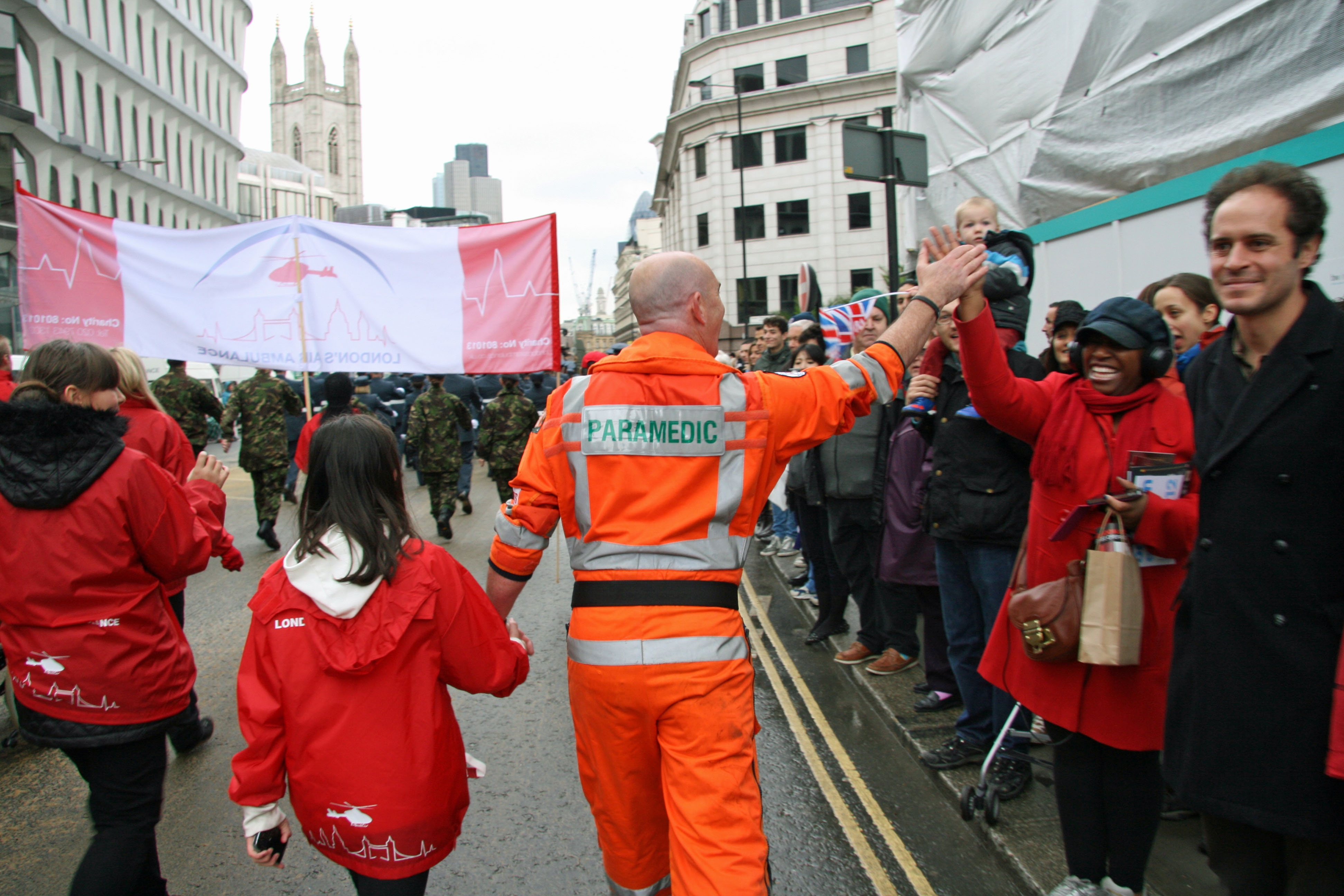 “The most memorable fundraising effort I have been part of? The Lord Mayor’s Show. Walking with my family as part of London’s Air Ambulance fleet was a surreal experience. I will never forget the sound of people cheering. When my two children were younger, we used to go down to Sainsbury’s and Morrison’s at the weekends to shake the bucket for London’s Air Ambulance. I like things that fly and are fast [surprise, surprise] and my children got it from me. I abseiled off the London’s Air Ambulance helipad and a parachute jump is on top of my bucket list."