With the arrival of Spring comes our service’s third year of extended flying hours; as the days get longer, so do the hours our helicopter can be used to deliver our advanced trauma team to critically injured patients. Mark Drewitt, our Fire Crew’s newest member, joined the team in January to help make sure our helipad continues to operate smoothly during this time. He tells us about his time with London’s Air Ambulance so far, and how extended flying hours affect our charity’s service.

“The aircraft can fly from 08:00 hours until sunset, so when the clocks go forward, we have more hours in which the pilots can fly the helicopter to our patients. This is really important, as the helicopter is the quickest way of reaching those who need us, but also covers rush hour and Summer evenings when more people are out. The evenings tend to be a lot busier because of this.

"The medics do the same 12 hour shifts but we will be here until sunset, when the aircraft is replaced by our rapid response cars.

“Because we’re here keeping the helipad open, other air ambulances such as Essex, Hertfordshire and East Anglia can use our helipad to transfer patients to The Royal London Hospital’s trauma centre later into the evening.”

On joining the team

“My time at London’s Air Ambulance actually began with extended flying hours. Originally, I trained in electronics and spent 12 years as a Retained Firefighter for Kent Fire and Rescue, just as a hobby. I enjoyed it so much that eventually I took on a full-time role at Biggin Hill Airport, where I spent nine years as an Aviation Firefighter. 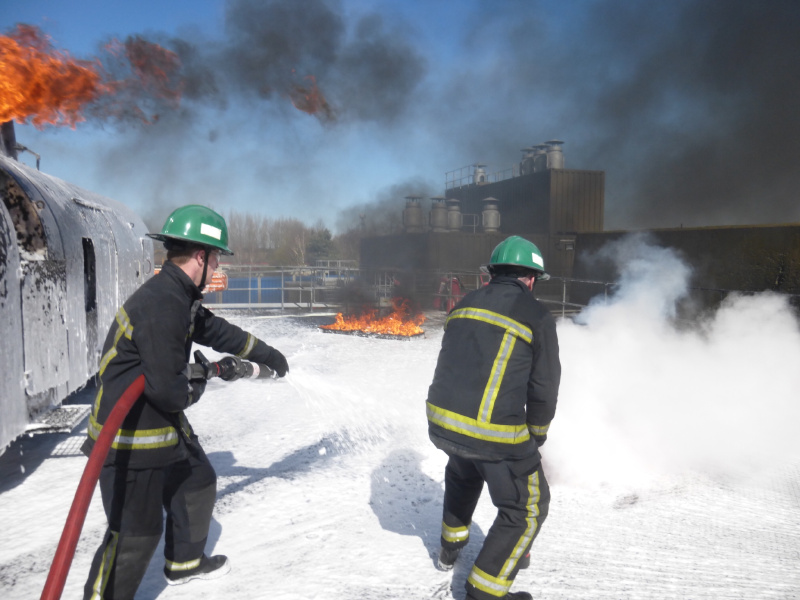 “I started as a contractor at London’s Air Ambulance, covering the longer hours. During the winter, we can cover all shifts with our permanent Fire Crew who will often be working five days in a row. However, in the Summer, days at the helipad can be over 14 hours long. Therefore, we need temporary contractors to cover some shifts. I loved my time as a contractor; the team here are so focussed and tight knit. Everyone here, from the pilots to the medics, is at the top of their game and it’s great to be a part of it. That’s why I was keen to get on board when they started looking for a recruit last Summer.”

On his time with our charity

“I’m loving it. There’s a lot more to it than you’d expect. It’s been great learning how the installations on the helipad deck work and going to training to make sure our knowledge as a crew is up to date. In March, we were able to run through a whole day of fire training on different scenarios in a set-up almost exactly like ours, which was incredibly useful and great fun too.

“I’m enjoying a lot of things that I didn’t really think about when I applied for the position, such as events with the charity. I volunteered at the Saracens vs Harlequins game last month which was fantastic, a completely different experience. I’ve also really enjoyed some of the medical aspects. I was lucky enough to go out with the Medic 2 team in the car to get a better understanding of what happens when they leave the helipad. It was a real eye opener.”