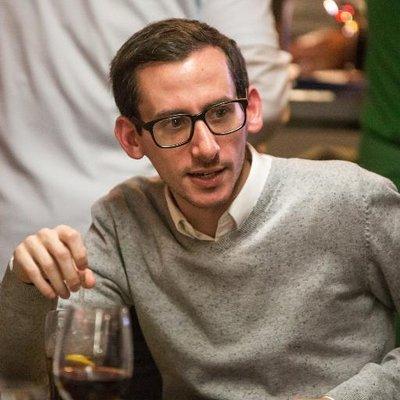 Michael is one of our earliest helipad visitors turned Philantrophy Manager. At the age of 12, he was a patient at The Royal London Hospital and one of his nurses organised a helipad tour as a treat. When a recruiter called 20 years later to say there was a role available at London’s Air Ambulance, he says it felt like “coming full circle".

“I have a long connection with The Royal London Hospital. I was a patient on the fourth floor between the ages of 12 and 18. The hospital itself means a great deal.

“I remember the people in orange suits walking around and being in awe of what they do. To be raising funds for London’s Air Ambulance now feels like coming full circle for me.

“I still have a great respect for our crew. Being a doctor on a ward is one thing and I have admiration for all doctors I have crossed paths with. But to be a frontline trauma doctor or paramedic is not for everybody. To put yourself in that situation is incredible,” says Michael.

While working full time for London’s Air Ambulance, Michael is also a Trustee for the Cystic Fibrosis Trust and an ambassador for the Charity Connect, a social platform for the third sector.

“I’ve left the hospital 14 years ago, but I have been in the ‘system’ for a very long time. I understand the need for support.

“As a Philantrophy Manager, my role is to source, cultivate and harness relationships with the supporters that have the capacity to give London’s Air Ambulance a significant gift. Our work makes such a huge difference to the lives of our patients. We are there for them in the moment of their greatest need and if you are supporting the cause, there is a real sense of pride. That is what I feel. And to my mind, it should almost feel like a duty. It certainly gets me out of bed every morning.”

Michael describes his life outside work as “manic”. He and his wife Amy run a cafÃ© & deli in their local town and they have a two year old son Oscar, known to most of us as Louis Beale from Eastenders.