Samantha and Alex started fundraising for us following a loved one’s injury. “Earlier this year my father was involved in a freak motorbike accident — it was a real one in a million chance of something so unlucky happening to anyone. As a result he was left with broken vertebrae, broken ribs, a punctured lung and a torn spleen.

“The swift actions of the attending paramedics from London Ambulance Service and London’s Air Ambulance undoubtedly saved his life. They were superb. They carried out life-saving procedures in a calm, smooth and professional manner.

“As a way of showing our gratitude, my husband Alex and I took part in this year’s Devizes to Westminster International Canoe Race to raise money for London’s Air Ambulance.

“Both Alex and I have been paddling for two years and are both members of Bewl Water Canoe Club. We decided to enter this year’s race in the senior singles class. The race took place over Easter weekend and is regarded as one of the toughest endurance events in the world. Alex was paddling the canoe and I was his support crew, which involved meeting him at pre-arranged points along the course to provide food, drink and anything else he needed. A real team effort. 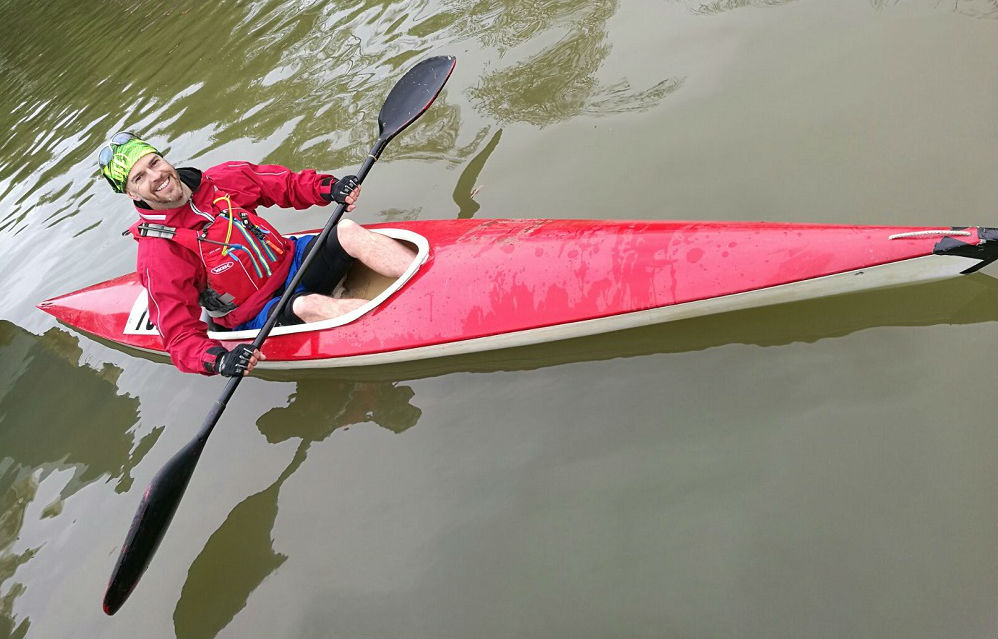 “The course covers 125 miles with 77 locks. Beginning at the Devizes in Wiltshire, it follows the Kennet and Avon Canal to Reading where it then joins the River Thames.

“The race ends at Westminster Bridge. It’s extremely demanding competitors have to deal with fatigue, dehydration, exhaustion and unpredictable weather. They also have to negotiate other water users, aggressive swans, weirs, strong currents and rough water further along the Thames.

We chose a fairly stable canoe for this race. Not the lightest or fastest, but we didn’t want to compromise speed for stability. The faster boats are narrower and more likely to capsize.

“The weather this year was kind. Not too hot or cold, no rain and there was a fairly light westerly breeze. Getting to each rendezvous point in time to give Alex food and water while negotiating Easter weekend traffic was tougher than it sounds, but everything went to plan and Alex crossed the finish line at Westminster Bridge in 24 hours and 37 minutes.

“It really was a very special event. It was an adventure, and so far we have managed to raise £1105 for London’s Air Ambulance. All the donations are gratefully received and will help make a real difference to the lives of ordinary people in London.”