"London's Air Ambulance is such an important charity to support: you never know if one day you'll need them - they saved my life."

Sonal Shah was just five minutes from home when she was hit by a car. Such was the force of impact, the 35-year-old was thrown the length of two cars. Every bit of her body was hurting. In addition to the London Ambulance Service crews, the London’s Air Ambulance trauma team was dispatched in a rapid response car.

Sonal said: "I was conscious throughout and I was in so much pain. I remember the doctor and paramedic talking to me and I just begged them to help with the pain."

She needed treatment for a head wound, fractures in her lower back, a dislocated hip and a broken ankle.

Sonal needed analgesia as well as sedation for her dislocated hip. Unfortunately one of the drugs induced a rare allergic reaction which meant the team had to perform roadside general anaesthetic. Sonal’s hip was then put back into position which also made her transport to hospital easier. She was taken to The Royal London Hospital which was the nearest Major Trauma Centre. 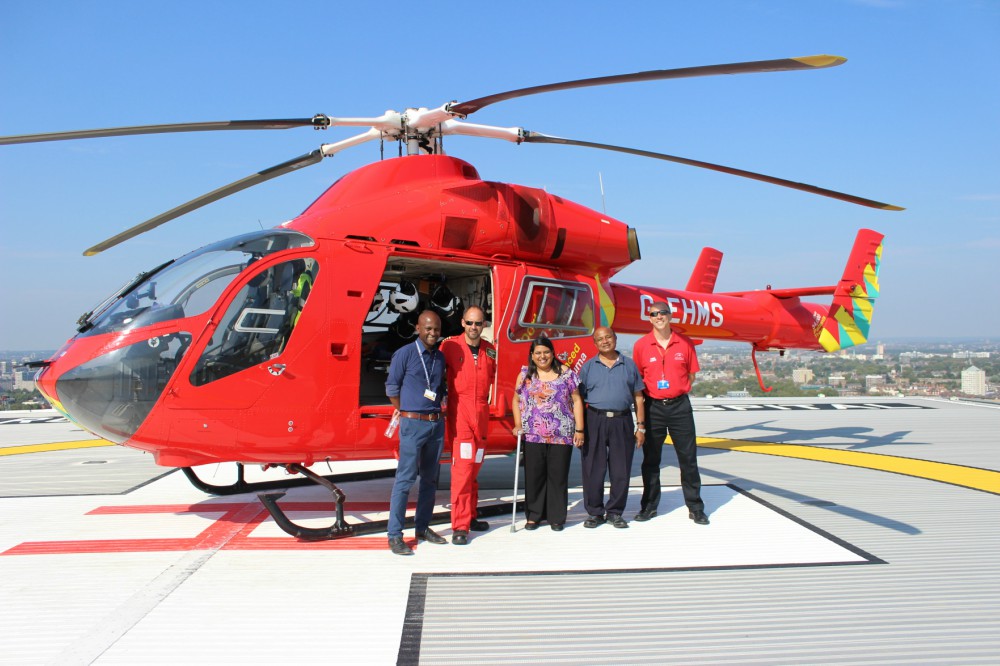 It was 10 days before Sonal had recovered enough to return home.

By Sonal's side throughout was her husband Bhaveet. He was at home when the accident happened and was at the scene within minutes.

Sonal said: "He was amazing, he was so calm. Even though I could have died, he stayed so calm for me."

Sonal credits her husband, her family and her friends with helping her back on her feet again.

"When I left hospital, I needed a wheelchair. Everything changed for me. I was so dependent. It was very tough not being able to do what I used to take for granted.

"My mum moved in with us for a bit to help me and I was inundated with support and help from my family and friends. When something like this happens, you really find out how good people can be."

It is her family and friends who have helped Sonal raise funds and awareness for London's Air Ambulance.

Sonal has since visited the helipad to learn more about the service and meet some of the team. She was also a guest at the London's Air Ambulance Parliamentary Reception where she was able to share her story with politicians from across London. 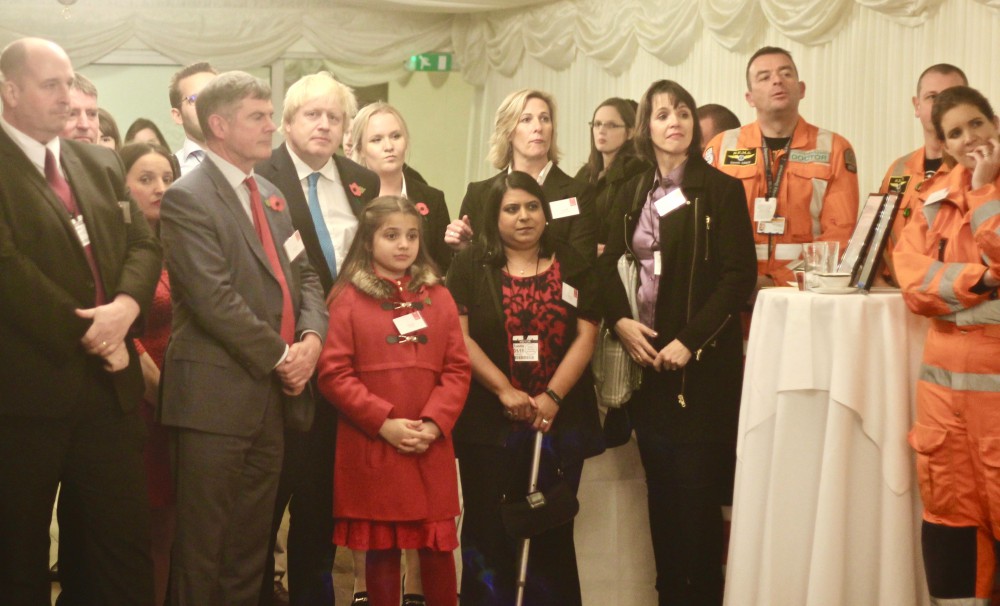 Above: Sonal at our Parliamentary Reception on 1 November 2016

One year on from the accident and Sonal is out of the wheelchair but still needs a walking stick to get around.

She is now back at work and looking forward to a holiday at Christmas.

She added: "I have stayed positive, I don't get down about what happened but my injuries are strong reminders than life is fragile."

On 11 September, Max set off on the same route to work he took every day. He put on his helmet, got…