Having trained and worked as a helicopter pilot in the RAF for eleven years, you would think that Sam Thompson had seen it all. However, as he explains, delivering an advanced trauma team to critically injured people in London presents a whole new set of challenges.

Contracted specifically to cover the extended flying hours, Sam joined London’s Air Ambulance in March this year. Up until this time, the aircraft had to stop flying at 18.45.

"London effectively didn’t have coverage for part of the daylight period which is something that I think people find quite shocking,” says Sam. Thanks to the donations of our supporters the helicopter can now operate up to 21.21 during the summer months. "I was looking for my next role after leaving the RAF and had re-trained for my civilian licence. I got in touch with Chief Pilot Neil Jeffers and when an opportunity to join the team arose, I took it.”

There are clear differences between Sam’s previous roles and working as a pilot at London's Air Ambulance. ”It’s a unique and challenging role. Compared with my previous experiences, the urban environment is more complex for flying and landing, there are the obstructions of the London skyline, the difficulties of the landing sites can be more intricate and ultimately there’s the safety of the public, the crew and the aircraft to consider."

It’s not only the role itself that poses unique challenges. “In the summer, I expect there will be more people out and about in the evenings, more people in central London and therefore more accidents and more trauma.” 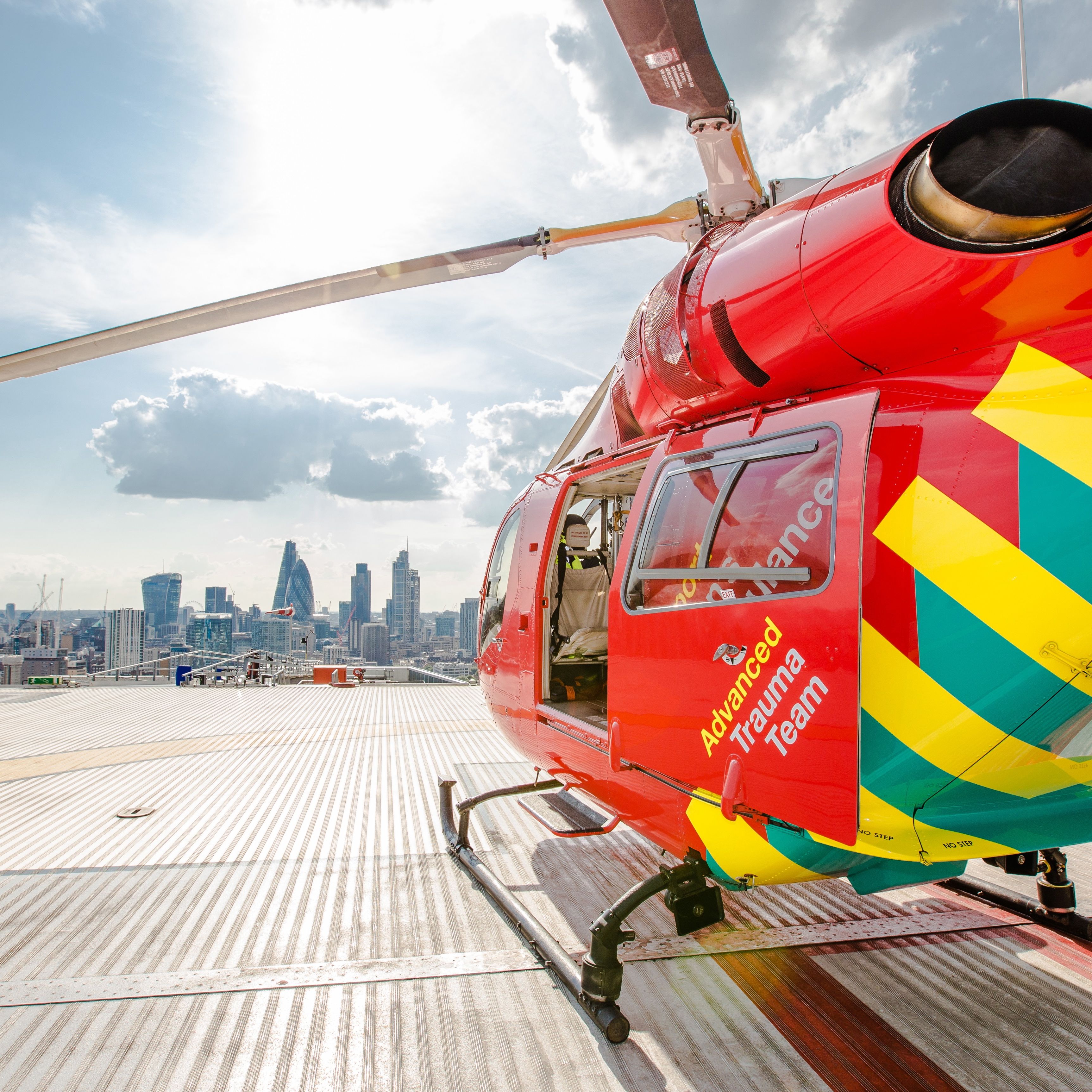 Once they have landed at a scene, Sam’s role is to support the Captain with directing the medical team from the landing site to the scene, securing the landing site and ensuring any specialist medical kit, such as the REBOA equipment, is provided where needed. The participation required by the job is something that drew Sam to the service. “Helping those in severe need is an exceptionally rewarding part of the job. It’s great to be involved in different aspects of the service, from the initial delivery of pre-hospital care to the patient follow up. It’s the best role you could look at in terms of flying a helicopter. In comparison with any other aviation job, I don’t think anything comes close.”

Having worked in the RAF, Sam has seen his fair share of trauma, however seeing the team carry out open heart surgery is an experience he recalls vividly. “I hadn’t seen a thoracotomy being carried out first hand at the scene of an incident before.  This really highlighted for me the remarkably specialised work that the London's Air Ambulance medical team provide.”