London’s Air Ambulance has today revealed the number of critically injured patients it treated in 2020.

The data has been released to thank people for keeping the service operational day and night throughout the pandemic and to ask Londoners to continue to support the life-saving charity as it faces a £6million gap in income over the next five years. 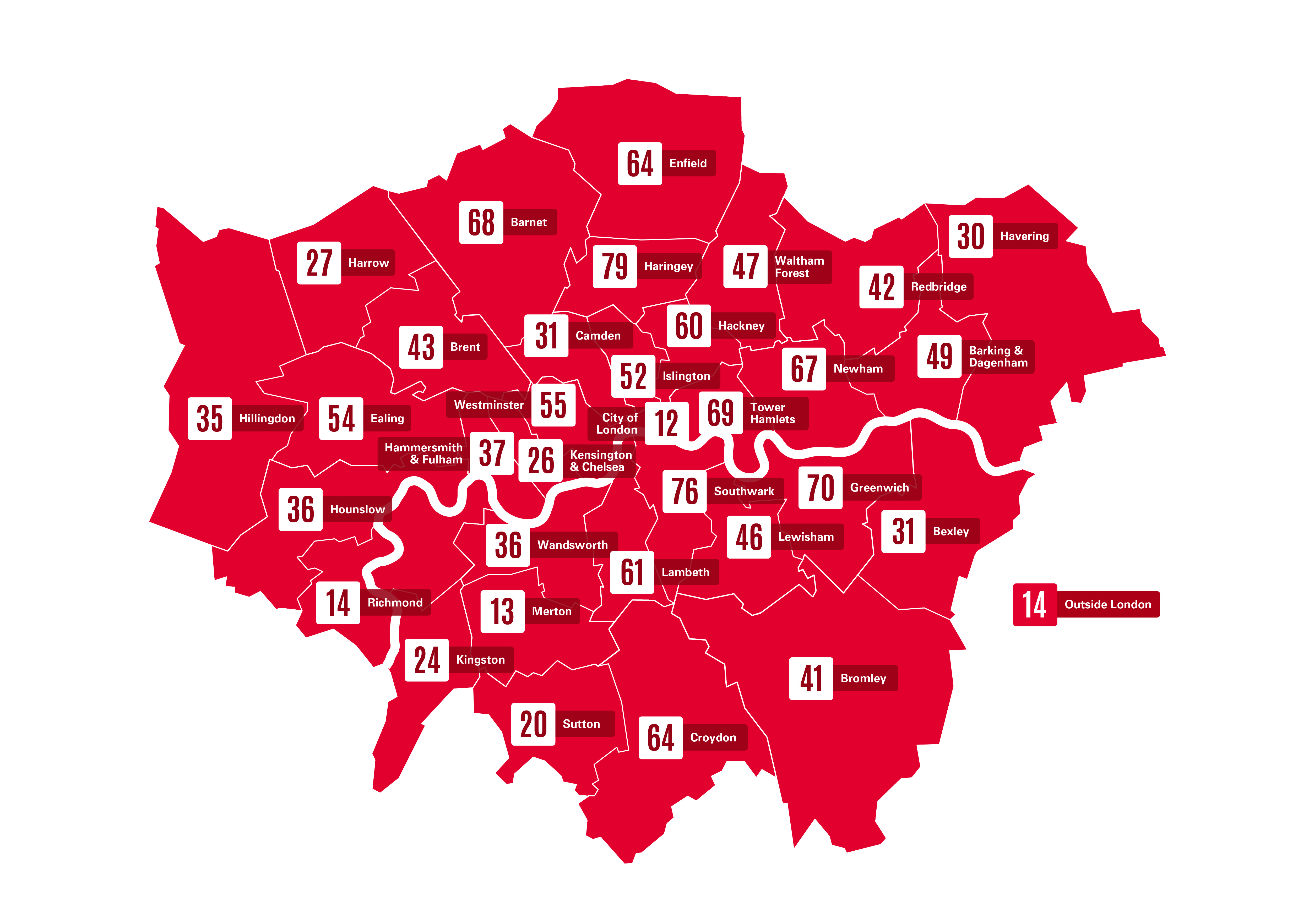 Figures show that across London 1494 patients were so critically injured in 2020 that they required the life-saving intervention that London’s Air Ambulance provides. See here for the 2020 mission map.

“Over 32 years the service has treated over 40,000 patients and we have learnt that trauma never stops.  So as a service we were adamant that even during lockdown, it was our duty to make sure we were available to treat patients when their life was on the line. During the COVID-19 pandemic, we remained operational 24/7 for the 10 million people who live and work in London.

“I am extremely proud of our crews and thankful to our partners Barts Health NHS Trust and London Ambulance Service, for doing everything they could to make sure our doctors and paramedics were able to treat 1494 critically injured patients and give each one the very best chance of survival.

“Medical, aviation and operational crew all worked extra shifts to keep the service running.  Many were also helping with the frontline Covid response.  Thanks to them when London called, we were able to answer.”

The service delivers an advanced trauma team, made up of a doctor and paramedic, to bring the hospital to the scene via helicopter or rapid response car when time is of the essence.  The expert teams can reach anywhere in London in under 11 minutes.

Lockdowns in March and November corresponded with a slight drop in trauma calls with a return to pre-pandemic levels of activity after this time.

Primarily funded by charitable donations, the service is also run in partnership with Barts Health NHS Trust and the London Ambulance Service NHS Trust. Barts Health NHS Trust provides the doctors, some financial support and the helipad facilities at The Royal London Hospital. The London Ambulance Service NHS Trust provides the paramedics and the emergency infrastructure to dispatch the service 24 hours a day.

“When London calls, our teams are on the front line, racing across the city to reach the capital’s most critically injured patients in need of life-saving care at the scene.  During the pandemic 1494 patients still needed the expert clinical care that only London’s Air Ambulance can provide. We are so grateful to our crews and to our supporters for enabling us to be there when those 1494 people needed us the most. When London calls, we can be there because of you.

“However the effect 2020 has had on our finances is sizeable as we were forced to stop many of our usual fundraising activities.  This impact will be felt for years to come - we forecast a £6 million gap in our income over the next five years.  We need the support of Londoners now more than ever to keep our service flying.”

The charity relies heavily on public donations and since the pandemic began has had to stop many of its usual fundraising activities, and cancel or postpone a number of crucial events including its annual Abseil event which the previous year raised £132,000. In addition last year’s London Marathon had been expected to raise approximately £82,000 but was cancelled.

“Last year I had the huge privilege of visiting London’s amazing Air Ambulance Charity. I saw first-hand the work of the crew who undertake life-saving missions day in day out.

“I would encourage everyone to support their local air ambulance charities... They are genuinely inspirational.”