On Sunday 13th October, thousands of runners gathered in Hyde Park for one of London’s most exciting events. To mark 30 years of our life-saving service, we were delighted to be represented in the Royal Parks Half Marathon by our biggest ever team.

An incredible 140 runners donned our red and green jerseys and braved the 13.1 mile run through the city we serve to help keep us flying.

Among the team were four of our very own crew who decided to take the challenge of running a half marathon to a whole new level. Paramedic Charlotte Morris; Physician Response Unit EAC James Walters; Pilot Toby Dobson; and Fire Officer Mark Drewitt completed the race in full uniform, adding additional weight and discomfort to the already daunting task.

The crew ran together throughout the half marathon in a bid to raise awareness of our vital work in the capital.

“I’m proud of being part of a team that strives for excellence and continues to innovate, so I loved the opportunity to raise awareness of our charity by running in our suits. This was the first time I’ve ever run in anything other than normal activewear so I’m just pleased to get across the finish line in one piece!” 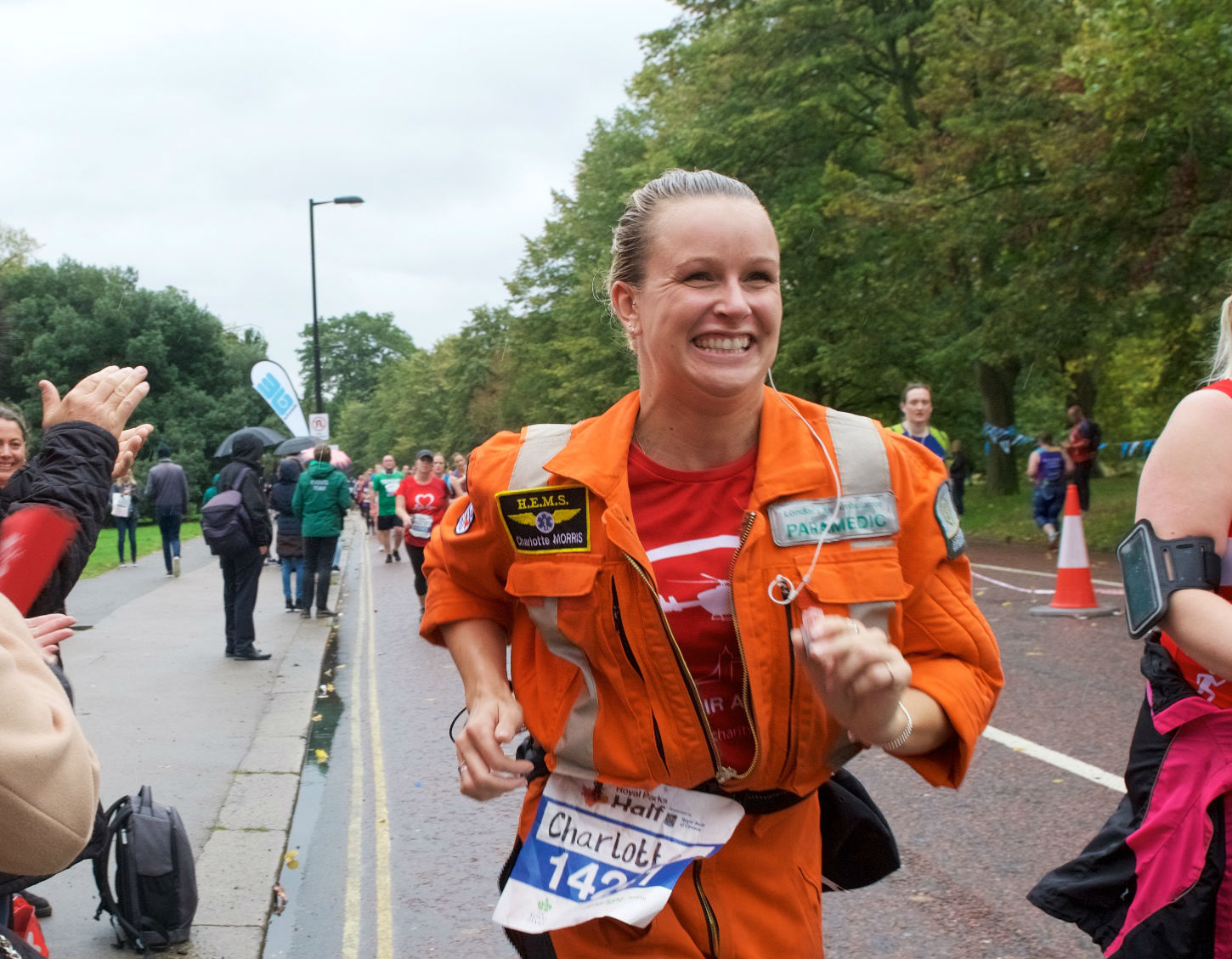 Fire Officer Mark had probably the toughest task on his hands. “Being one of the Fire Crew, I think I may have drawn the short straw- my kit is designed to insulate and it works both ways”, said Mark.

Nevertheless, he stayed motivated throughout and finished the race alongside his teammates.

“My favourite thing about working for London’s Air Ambulance is being part of that team. It’s the nature of the job that our patients are extremely poorly but some of the miracles they pull off at the roadside are (in my opinion) absolutely amazing.”

“I was inspired to run by the 140 amazing people that have volunteered to run for us. I was there to encourage them - together we were a mobile cheer team!” 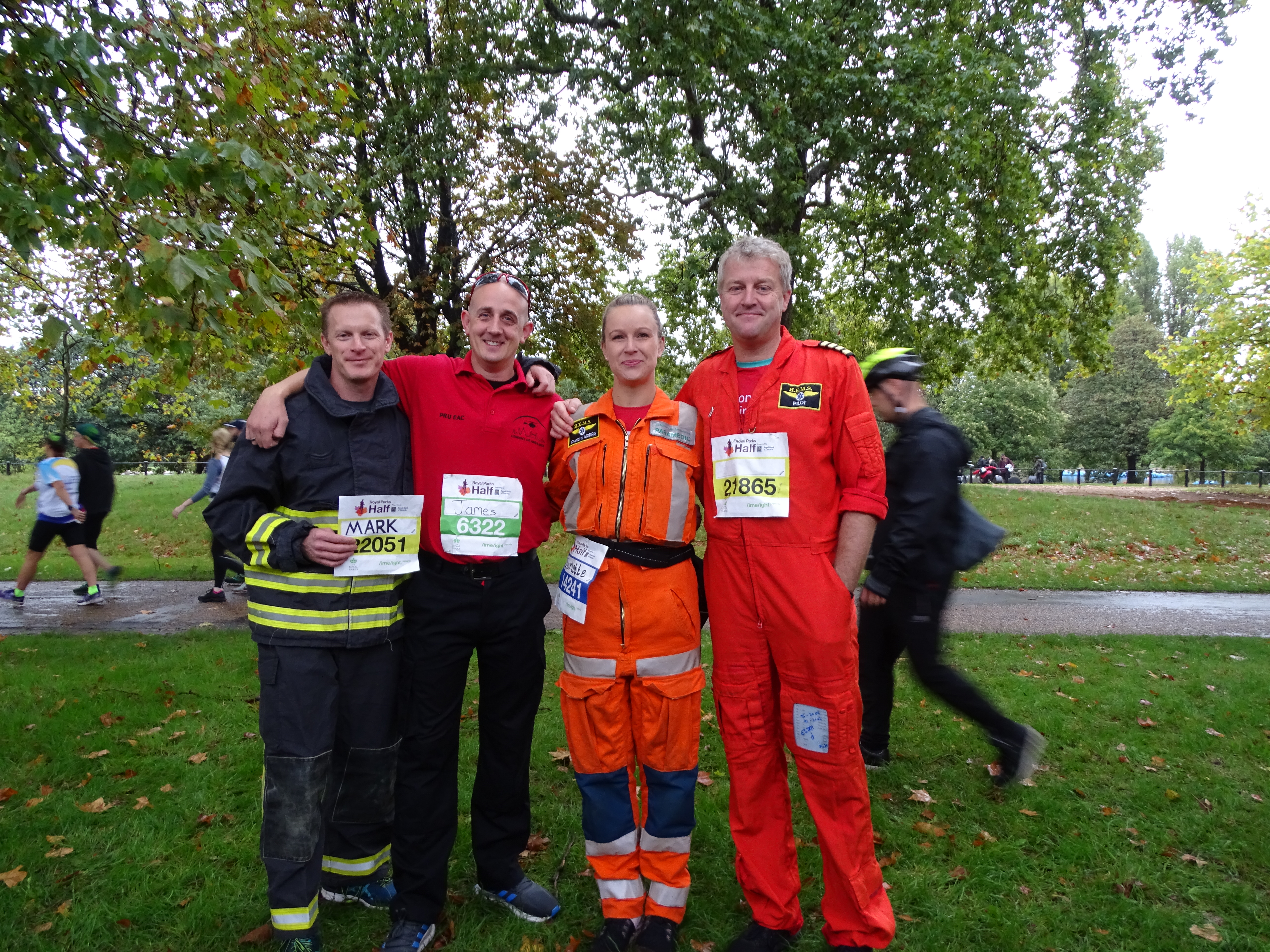 The crew ran alongside the rest of our terrific team, who managed to stay in high spirits despite wet weather conditions and were spurred on by arguably the loudest volunteer cheer group on the course. The team have so far raised over £32,000 for our service - enough for 15 potentially life-saving missions.

“On behalf of everyone here, I’d like to say a huge thank you to all who took on this challenge in our 30th anniversary year.

“Our charity exists to serve the people of London, providing an advanced trauma team to those who need us most, and our supporters are at the heart of that effort. Therefore, having our biggest ever team in such an iconic race through the city, at a milestone time for the service, was truly special. Congratulations to everyone who took part.” 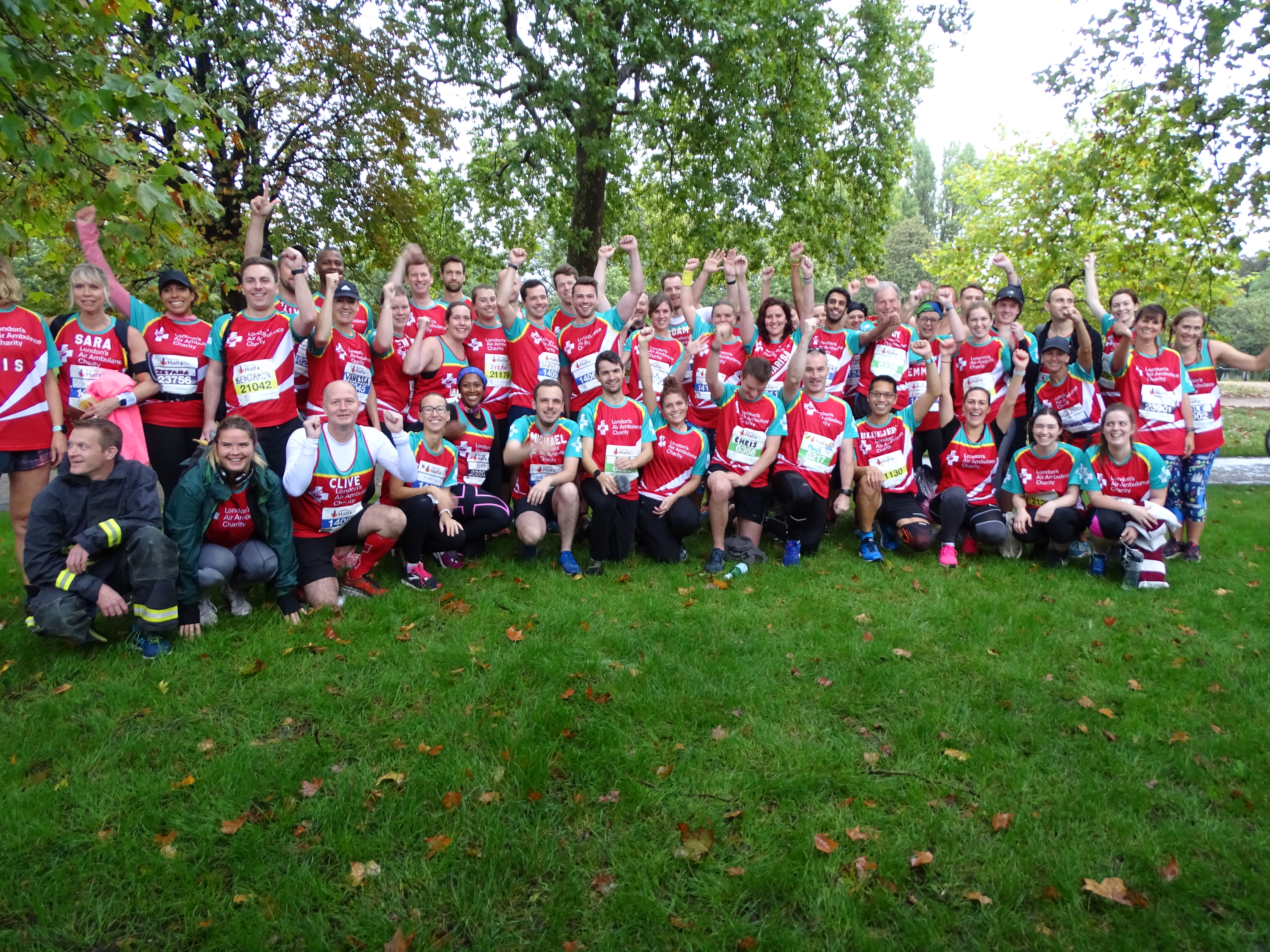 Inspired to take on a challenge of your own? View our events to find out how you can get involved 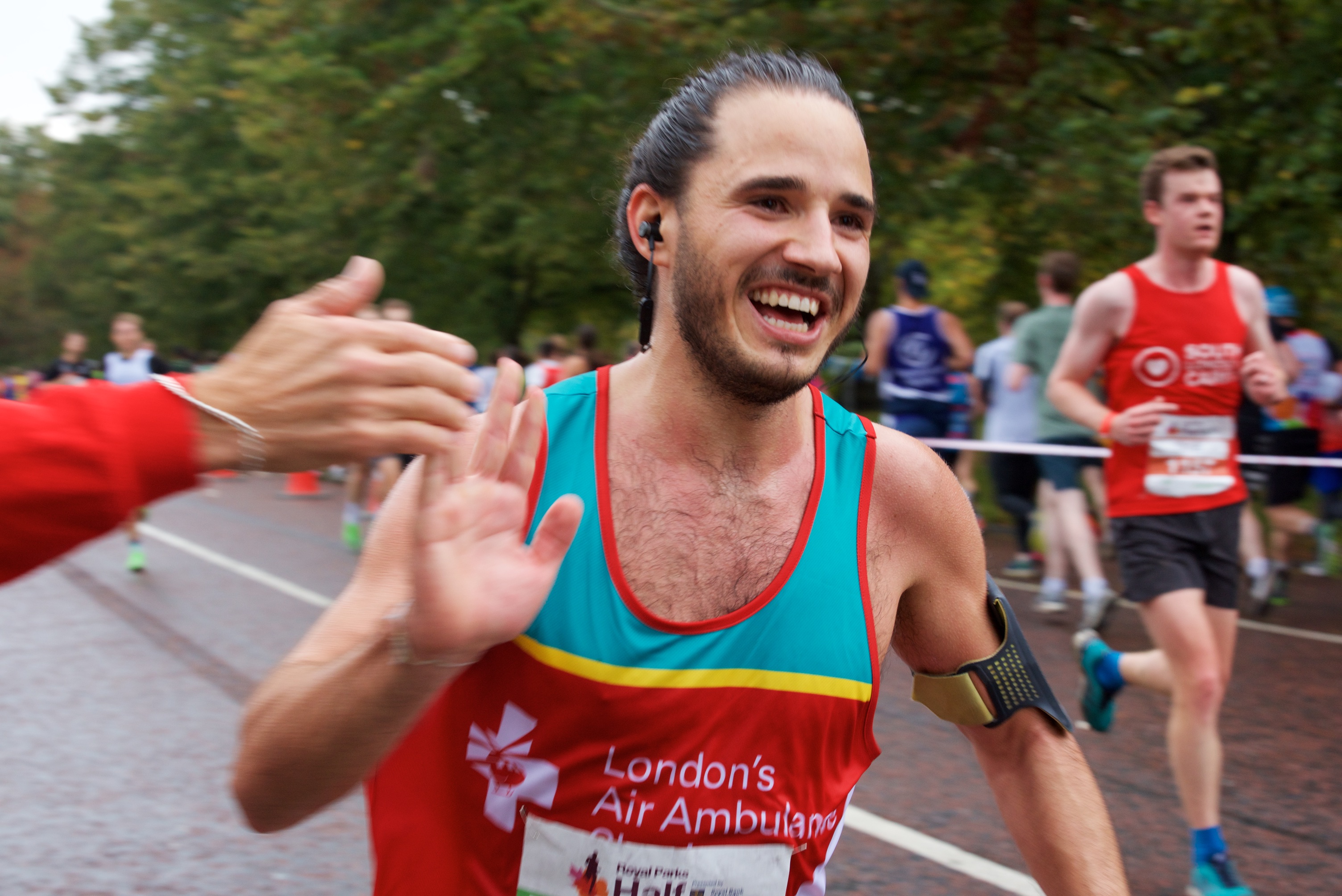 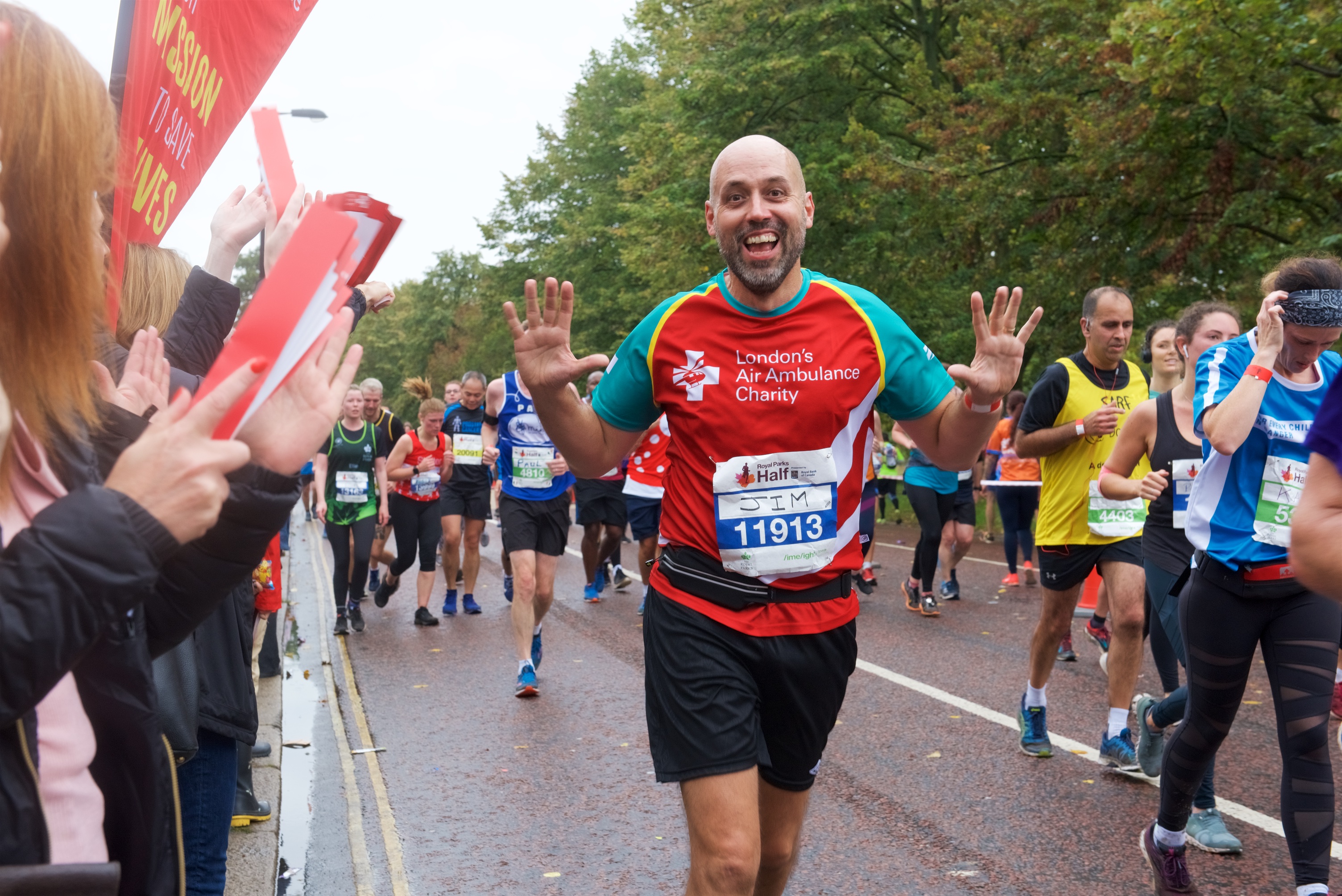 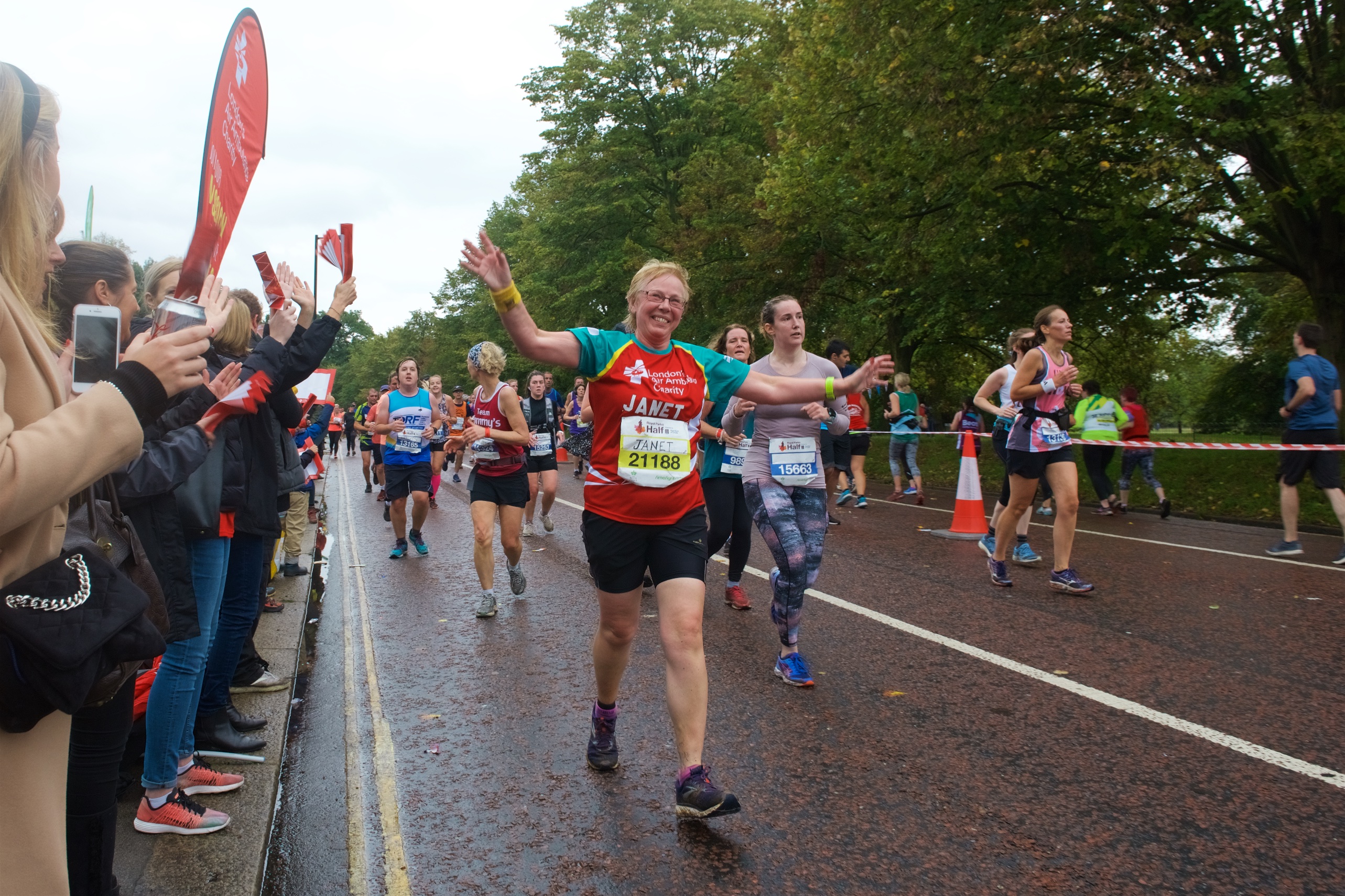 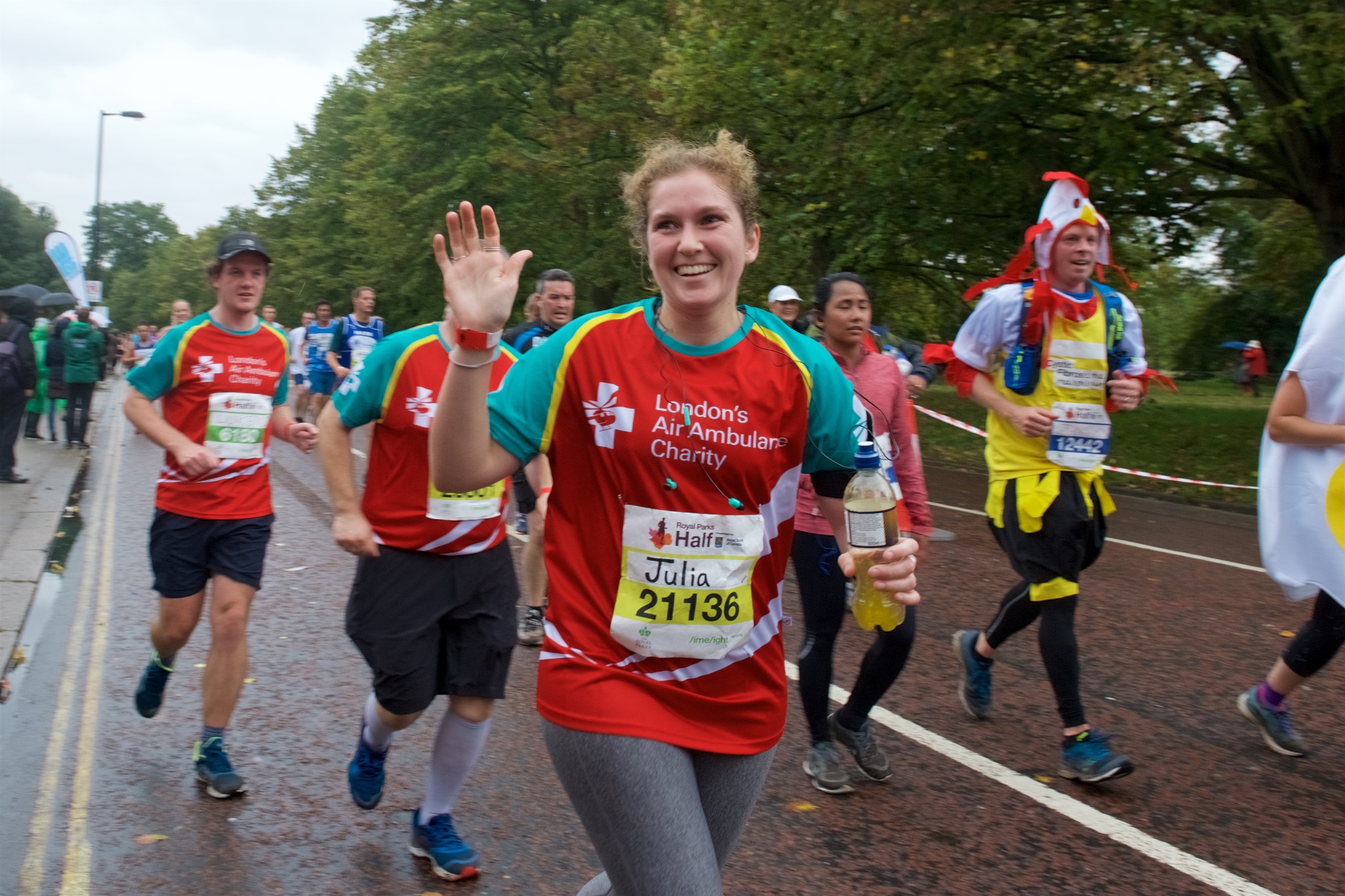 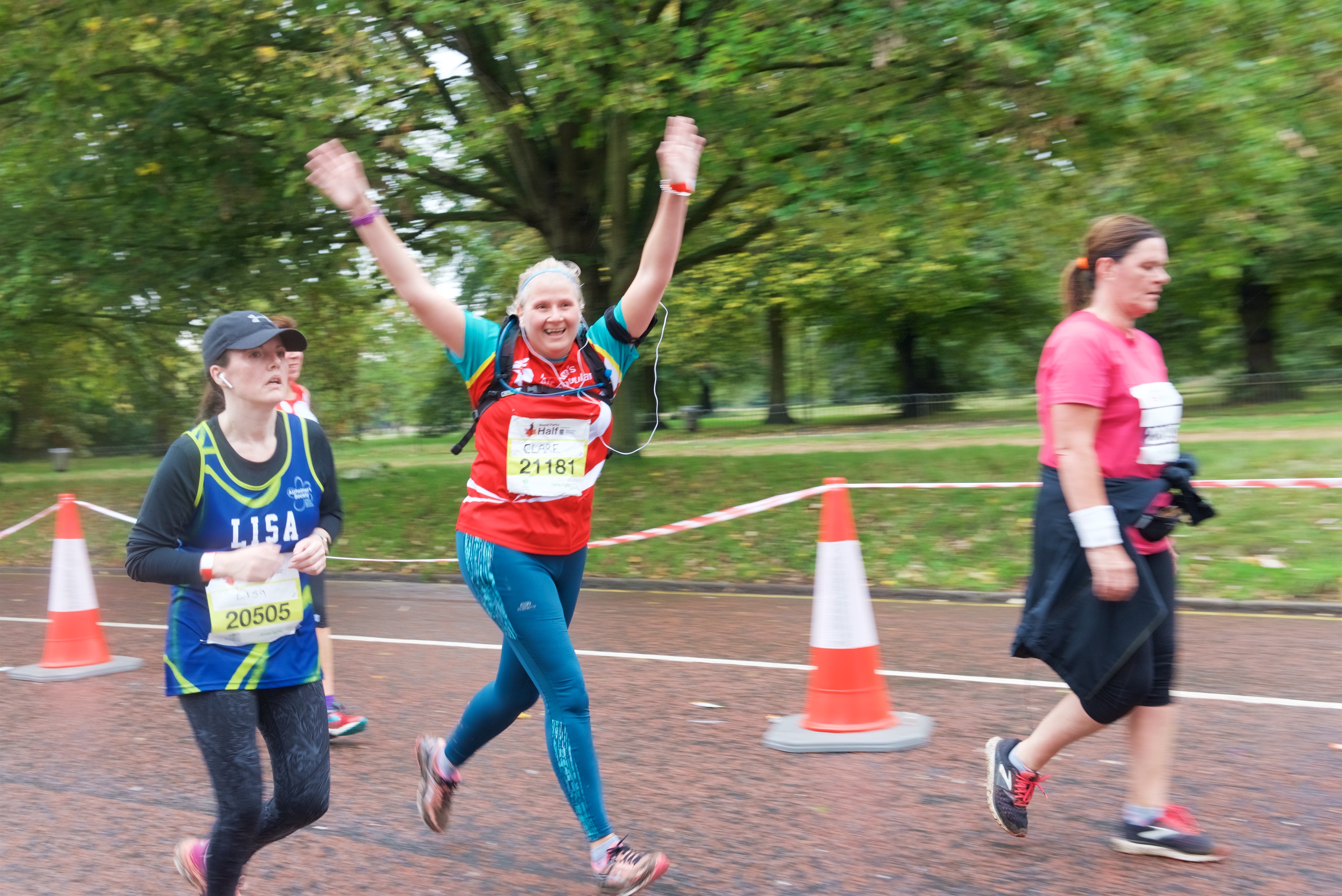 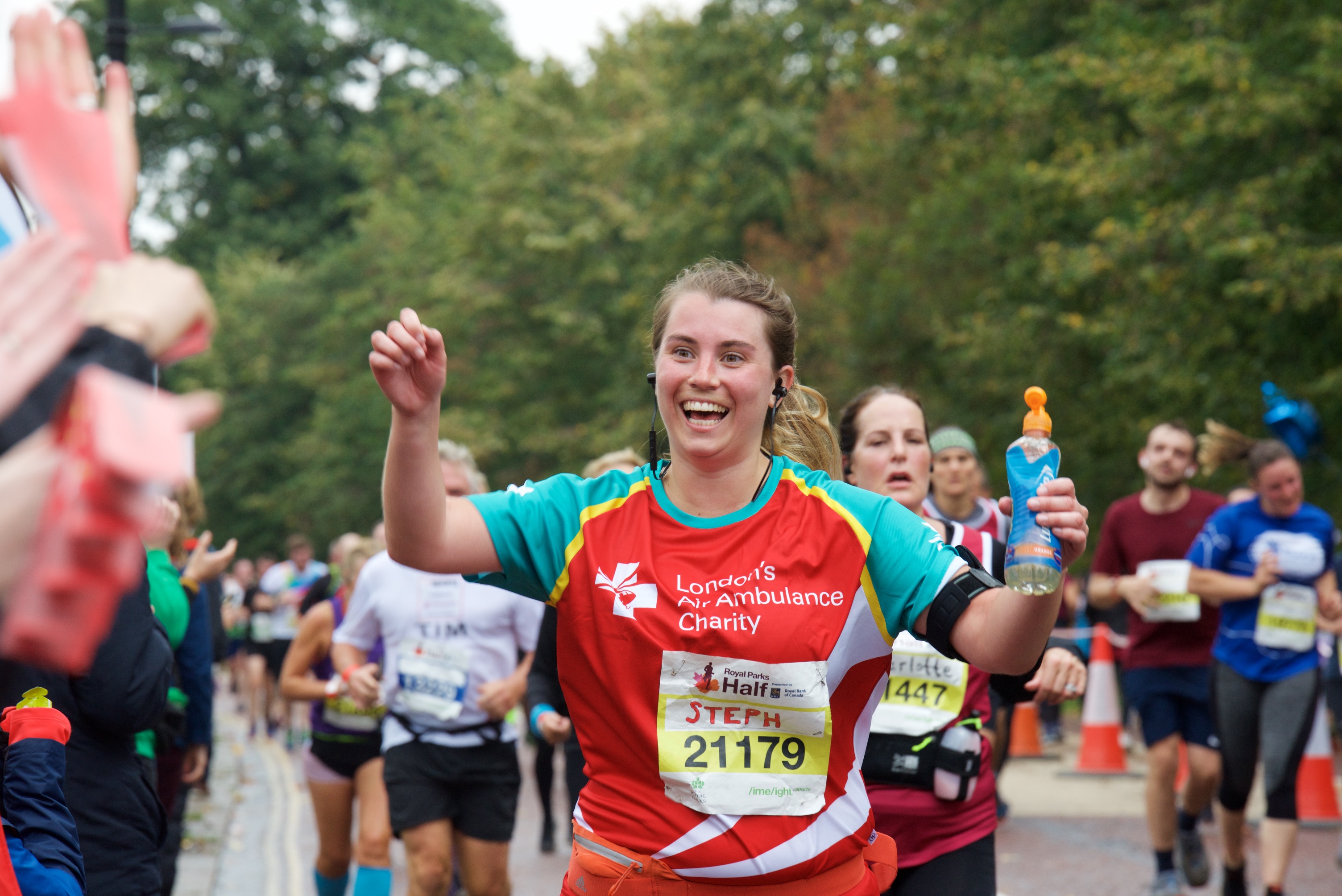 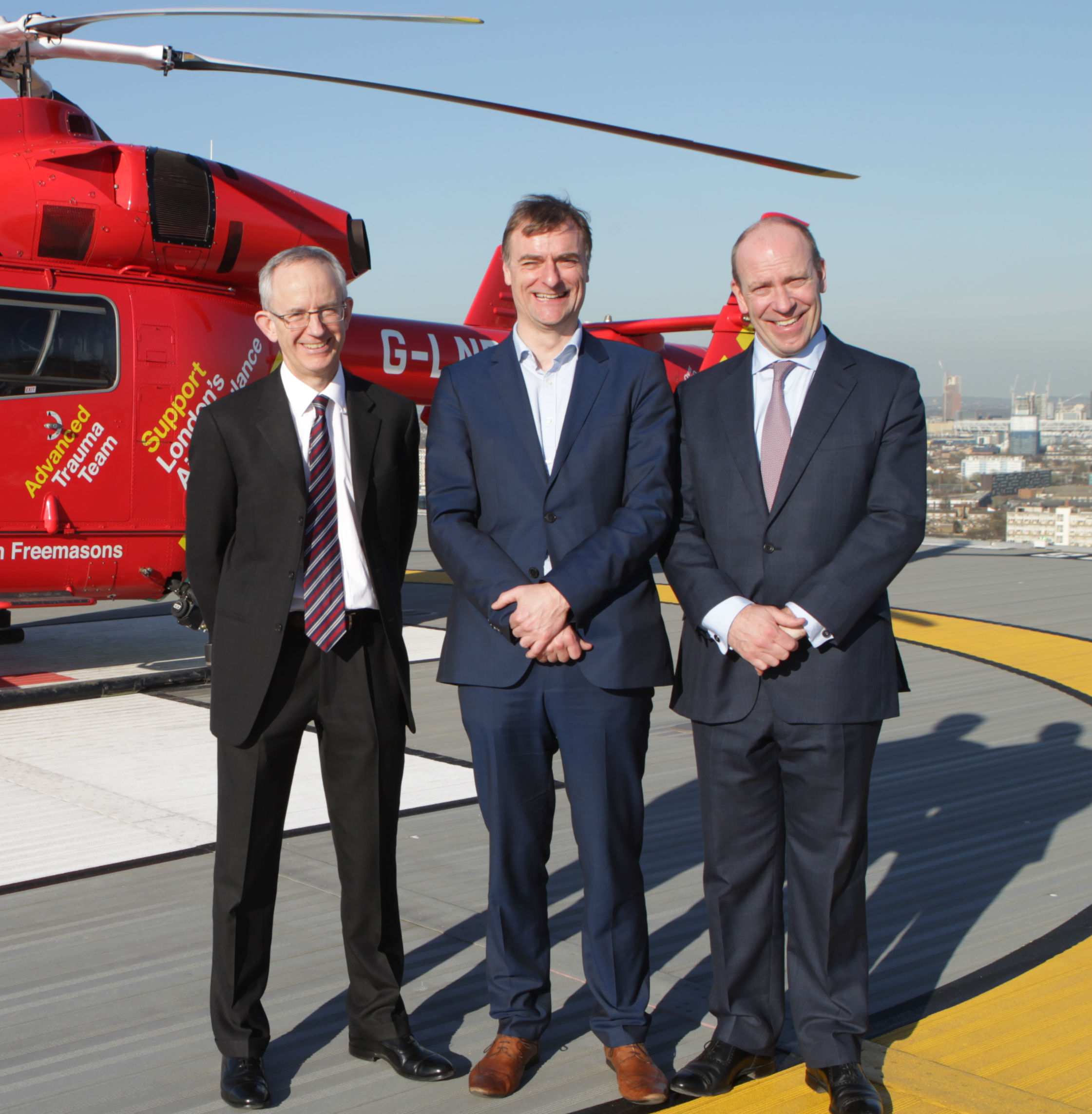 Our charity has strengthened its Board with the appointment of three new Trustees. Their names are… 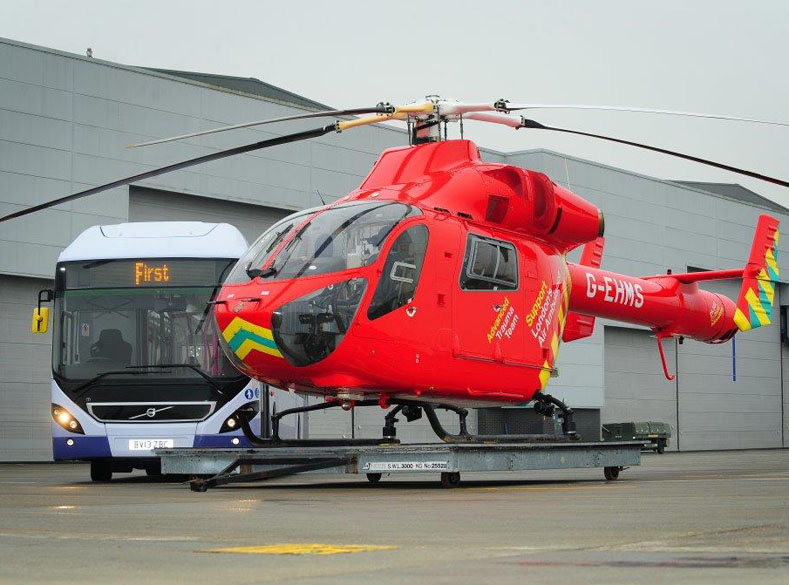 Taking off with FirstGroup support

FirstGroup, the leading transport operator in the UK and North America is providing our charity,… 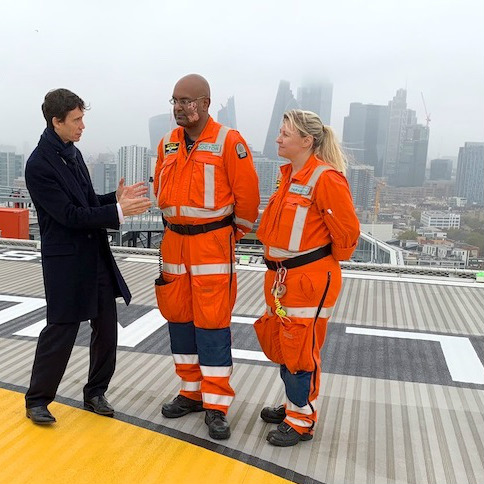 Rory Stewart, one of the candidates in next year’s London Mayoral election, has paid a visit to…