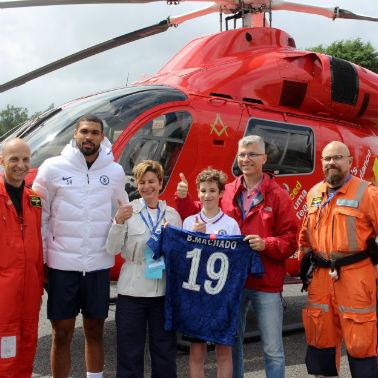 London’s Premier League clubs have today announced they are joining together as one team in order to give their support to our charity as we mark our 30th anniversary.

To mark the historic occasion our non-operational helicopter has visited the training grounds of Chelsea, Tottenham Hotspur and West Ham.  At each ground the aircraft was met by an ex-patient of our service who was treated to an incredible experience with club representatives giving them and their families an exclusive tour and gifts to remember their day.

At Chelsea Bruno Machado was met by Chelsea star Ruben Loftus-Cheek.  Bruno, 11, sustained a traumatic brain injury after a road traffic collision in 2018.  Today he was also met by our paramedic Richard Webb-Stevens, who treated Bruno at scene, and pilot Adam Belton, who flew the medics to Bruno’s side.

The next stop was Tottenham Hotspur where club ambassador Ryan Mason welcomed life-long Spurs fans Zoe Sharp, her husband and their 4 young boys.  Zoe was 8 months pregnant with her youngest boys when she was involved in a serious road traffic collision and had to be airlifted to The Royal London Hospital by our team.

Finally the aircraft visited West Ham, where Hammers fan Mat Nice and his wife were met by David Gold, Chairman of the club.  Mat was electrocuted whilst at work and suffered serious burns.  We were by his side within 9 minutes of receiving the 999 call, treating him at scene and helping him reach a burns centre.

Chelsea, Tottenham Hotspur and West Ham United have all put their names to the statement;

"On the pitch, we compete against each other.  But as Londoners we are coming together to raise awareness of a very important cause.  For 30 years London’s Air Ambulance Charity have been saving lives at the roadside.  When critical injury hits, London’s Air Ambulance is there for every one of us. We know that life-threatening injury can happen to anyone, at any time. It doesn’t respect club colours.  We are proud to join with our fellow London Premier League clubs, to give our support to the real heroes in our city as they mark 30 Years Saving Lives.  We hope that our fans will join with us to back this incredible charity."

“On behalf of London’s Air Ambulance Charity thank you to all of London’s Premier League clubs for supporting us as we mark our 30th anniversary.  Since 1989 we have been there for anyone who is critically injured, delivering life-saving care at the roadside for the on average 5 people we attend each day. Today’s helitour to Chelsea, Tottenham and West Ham and their backing for our ‘30 Years Saving Lives’ campaign will help boost awareness of our work and encourage more people to support the charity, so we can continue to serve the people of London, every second of every day.” 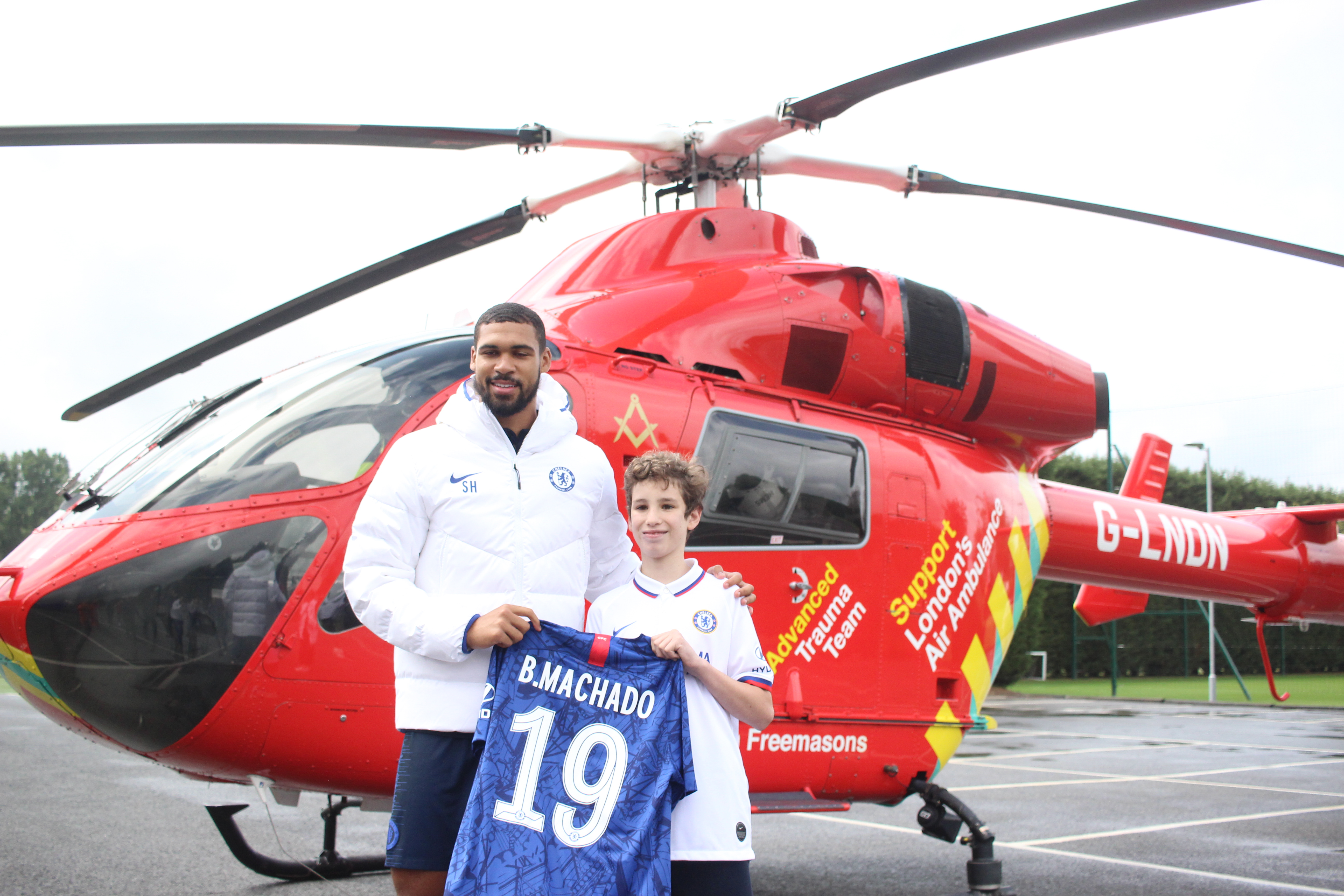 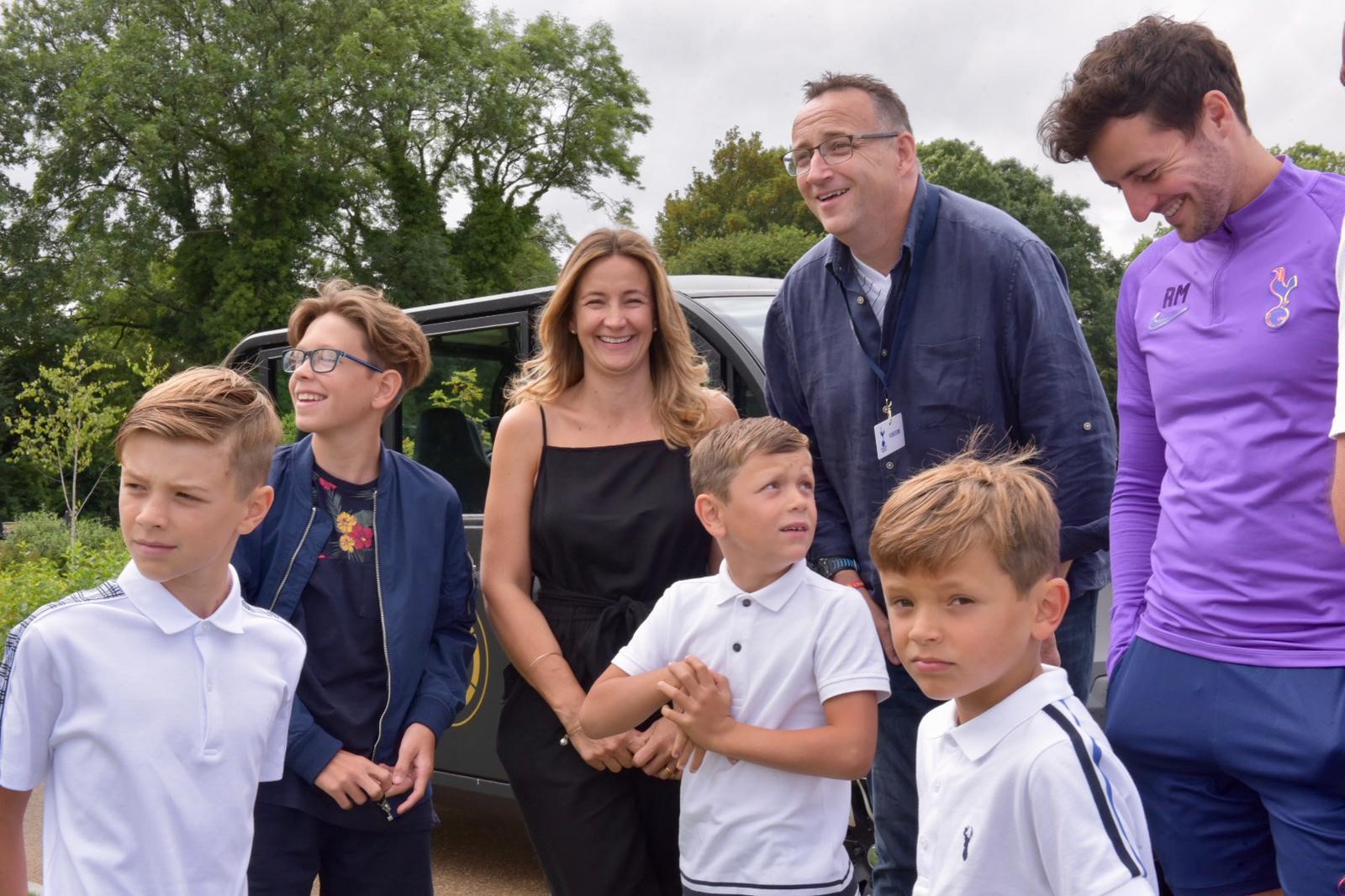 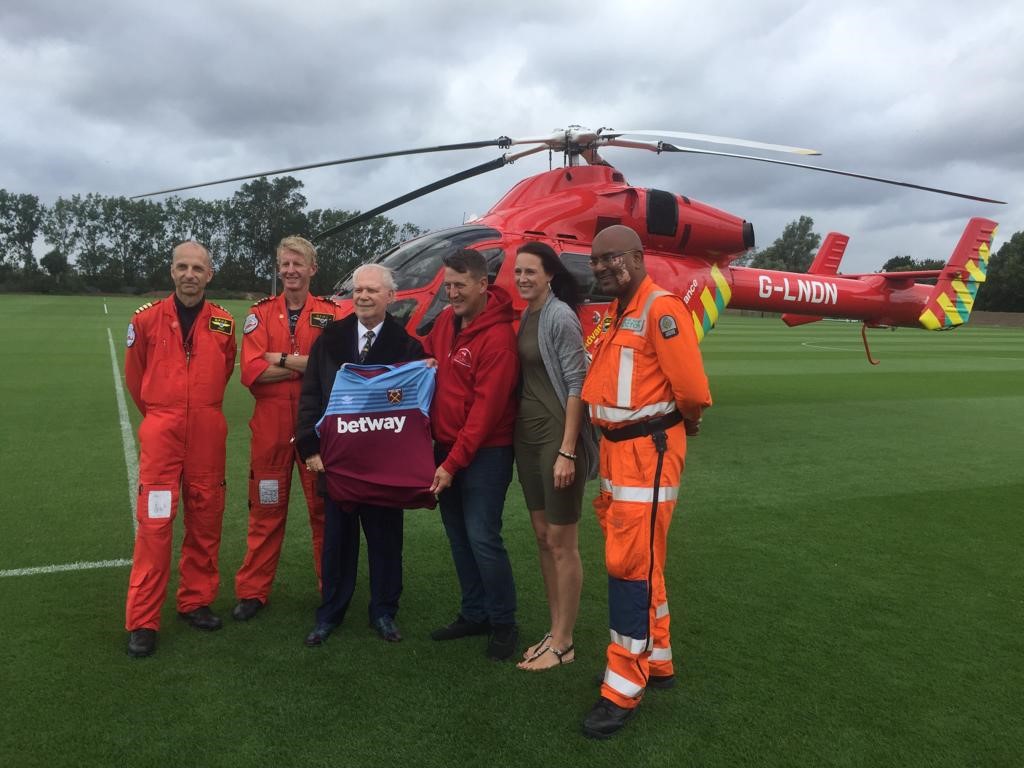