London’s life-saving charity is celebrating a new partnership with the London Freemasons, who are generously funding the charity’s new fleet of rapid response vehicles for the next three years.

At an event at the Freemasons Hall on 3 November 2021, representatives from London’s Air Ambulance showcased some of the new cars and the Charity’s Chairman, Mark Vickers, gave a speech to thank members for their ongoing support. Attendees also heard a powerful patient story from a Consultant with London’s Air Ambulance. The patient had been involved in a serious road traffic collision and London’s Air Ambulance were dispatched by rapid response car. The interventions of the advanced trauma teams on scene gave the patient the very best chance of survival and he has recently learnt to walk again.

The London Freemasons first supported London’s Air Ambulance Charity in 2015 with a £2 million donation towards the service’s second helicopter as part of the ‘Your London, Your Helicopter’ campaign, and went on to pledge a further £100,000 in 2017 thanks to additional support from the membership.

Now, the Freemasons are donating £330,000 towards a new fleet of rapid response cars which form a crucial part of London’s Air Ambulance’s infrastructure. The service operates 24/7, delivering an advanced trauma team to seriously injured patients when every second counts; responding to five life threatening incidents on average each day. At night and in adverse weather conditions when it wouldn’t be safe to land the aircraft, the medical team delivers the same world-leading expertise to the patient’s side by a rapid response car driving under blue lights.

The rapid response cars provide continuity of service by delivering the same team, with the same equipment and drugs, who can perform the same life-saving procedures on scene. Of the 1,494 patients treated by the service in 2020, 884 of these were attended to by car. 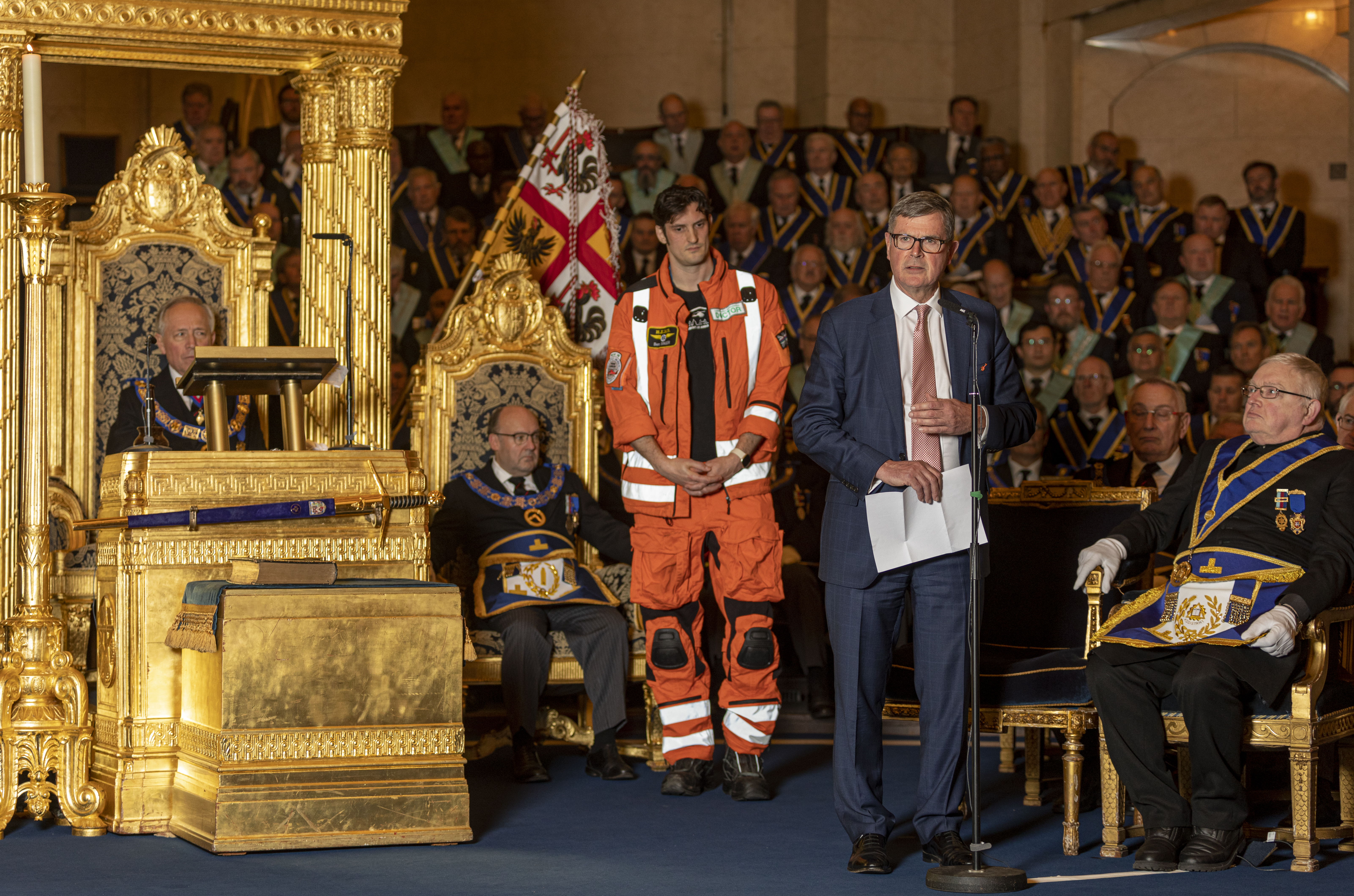 “The support of the London Freemasons down the years has been instrumental in keeping our helicopter flying and our rapid response car fleet on the road, ready for when they are needed for the people of London.

“This incredible donation will fund our car fleet over three years, helping us reach critically injured patients quickly when time is of the essence. We rely on donations to keep our service running and as result of this support we will undoubtedly be able to reach more patients and save more lives in London.”

"We are extremely proud to build on our ongoing support for London's Air Ambulance Charity, which began in 2015 with us providing £2 million of funding to support the early introduction of the second helicopter. We are again delighted to provide funding for the replacement and expansion of the fast responder vehicle fleet that make such a huge difference when the helicopters cannot fly due to night-time, poor weather conditions, or serviceability.

“London Freemasons are committed to generous support of London Fire Brigade, London Ambulance Service and London’s Air Ambulance, who all do such magnificent work and, through them, our local communities."

London’s Air Ambulance has a total of six rapid response vehicles, with one in use at one time except for certain circumstances such as during a major incident, and the new fleet will continue to ensure state-of-the-art delivery with increased space to accommodate more medical kit, allowing medics to deliver their increasingly complex cutting-edge care at the roadside. The £330,000 donation from the London Freemasons will fund the fleet of six trauma cars, providing the service with resilience in the event of a major incident and also supporting key clinical trials London’s Air Ambulance is pioneering alongside Barts NHS Health trust and the London Ambulance Service such as ECMO, which is aiming to improve survival rates for patients who suffer a cardiac arrest outside of hospital.

London’s Air Ambulance brings the hospital to the scene – delivering urgent, cutting-edge medical care when London calls. The helicopter and rapid response car teams are here 24/7 for every one of the 10 million people who live and work in London. The charity works alongside the NHS - London’s Air Ambulance operates in partnership with and is supported by Barts Health NHS Trust and the London Ambulance Service NHS Trust.

In the first six months of 2021, every month London’s Air Ambulance performed an average of:

There were also an average of 10 Code Red calls per month (when a patient is bleeding to death and needs immediate intervention).

The Freemasons Hall event is an annual event, recognising London Freemasons for their work within their Lodges and communities with appointment to "London Grand Rank". The Metropolitan Grand Master, Sir Michael Snyder, thanks members for their endeavours and families and friends were also invited to sit in the Grand Temple to watch and support.