The crest of the City of London Corporation will be visible as we attend missions across London after it was unveiled on one of our aircraft at a ceremony on the helipad this week.

Our G-EHMS helicopter now displays the crest in acknowledgement of the City of London Corporation’s charity, City Bridge Trust, and their ongoing support of London’s Air Ambulance.

The City Bridge Trust is the charitable trust of the City of London Corporation. They provide grants totalling around £20m per year towards charitable activity benefitting Greater London.

They are long term supporters of our charity and have funded our Patient Liaison Nurse post for the past 3 years. The Patient Liasion Nurse has been such a pivotal position within the organisation, giving our patients — who are at the heart of what we do — support and ongoing care as they recover from their traumatic injuries.

This year the City Bridge Trust  have agreed to extend their funding for a further two years, an amazing gesture which will help us continue to deliver world class care. 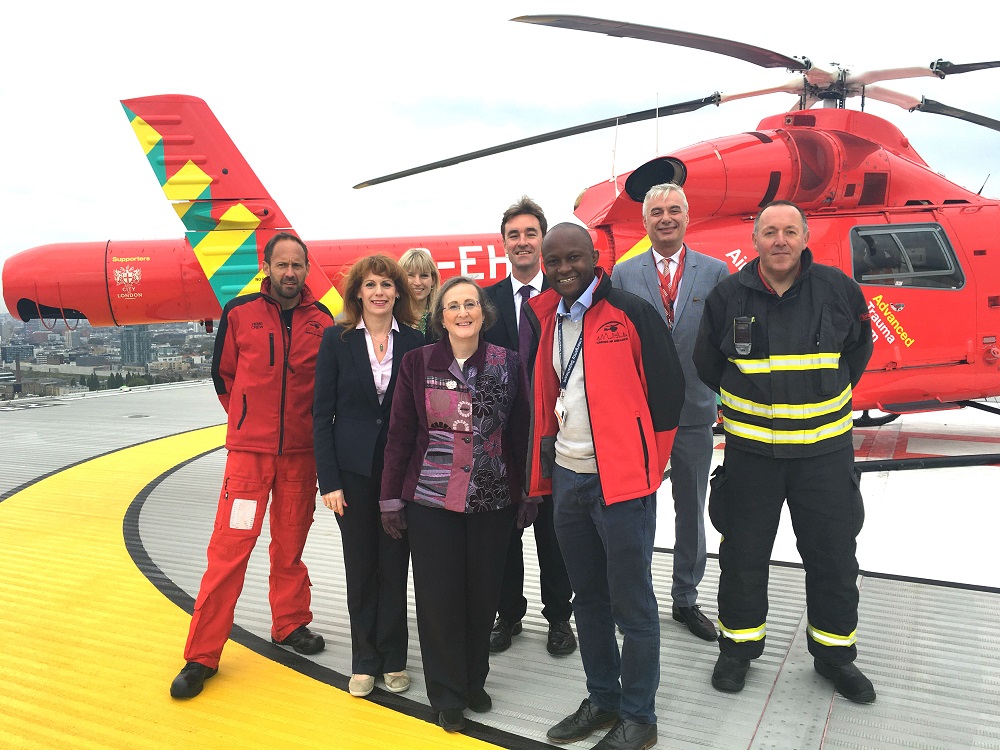 Their Chairman Alison Gowman, Director David Farnsworth and Committee Member Marianne Fredericks visited the helipad on 7th October for the official unveiling of the logo. There they met with the medical crew, pilots and fire crew, and were able to speak to our Patient Liaison Nurse Frank Chege, giving them an insight into how their money helps critically injured people.

From all of us at the charity, we would like to say a big thank you to City Bridge Trust for their generosity and support.