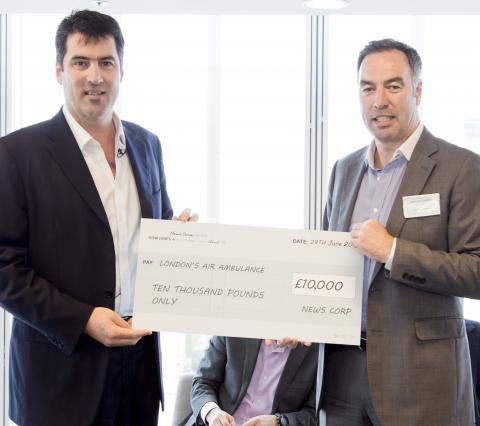 The global media business News Corp has donated £10,000 to London’s Air Ambulance as part of the News Corp Giving fund — an initiative designed to benefit charities in the communities where staff at News Corp’s UK-based companies live and work.

More than 5,000 staff from News UK, Harper Collins and Dow Jones across the UK and Ireland were asked to nominate a charity close to their hearts. The judging panel were inundated with hundreds of nominations, which they narrowed down into a shortlist before asking staff to vote.

London’s Air Ambulance was nominated by Gary Kedney, a Product Development Manager at Dow Jones. He said: “In 2003 London’s Air Ambulance came into my life because my brother was killed in a cycling accident. They attended the scene and they did a wonderful job trying to resuscitate him but it wasn’t possible.”

The money will supply a month’s worth of helicopter engine fuel for our helicopter.

Neil Jeffers, Chief Pilot at London’s Air Ambulance said: “Every second counts when someone is critically injured, and flying our helicopter is simply the most efficient way to deliver our advanced trauma team to their side. We are extremely grateful to News Corp for their generous donation, which is helping us to continue to fly to those in London that urgently need our help.”

News Corp strongly believers in investing in organisations that strengthen, support and provide for the local community. The company is extremely proud to have established a truly staff-driven, locally focused initiative to deliver for the charities that its UK staff admire and want to support. 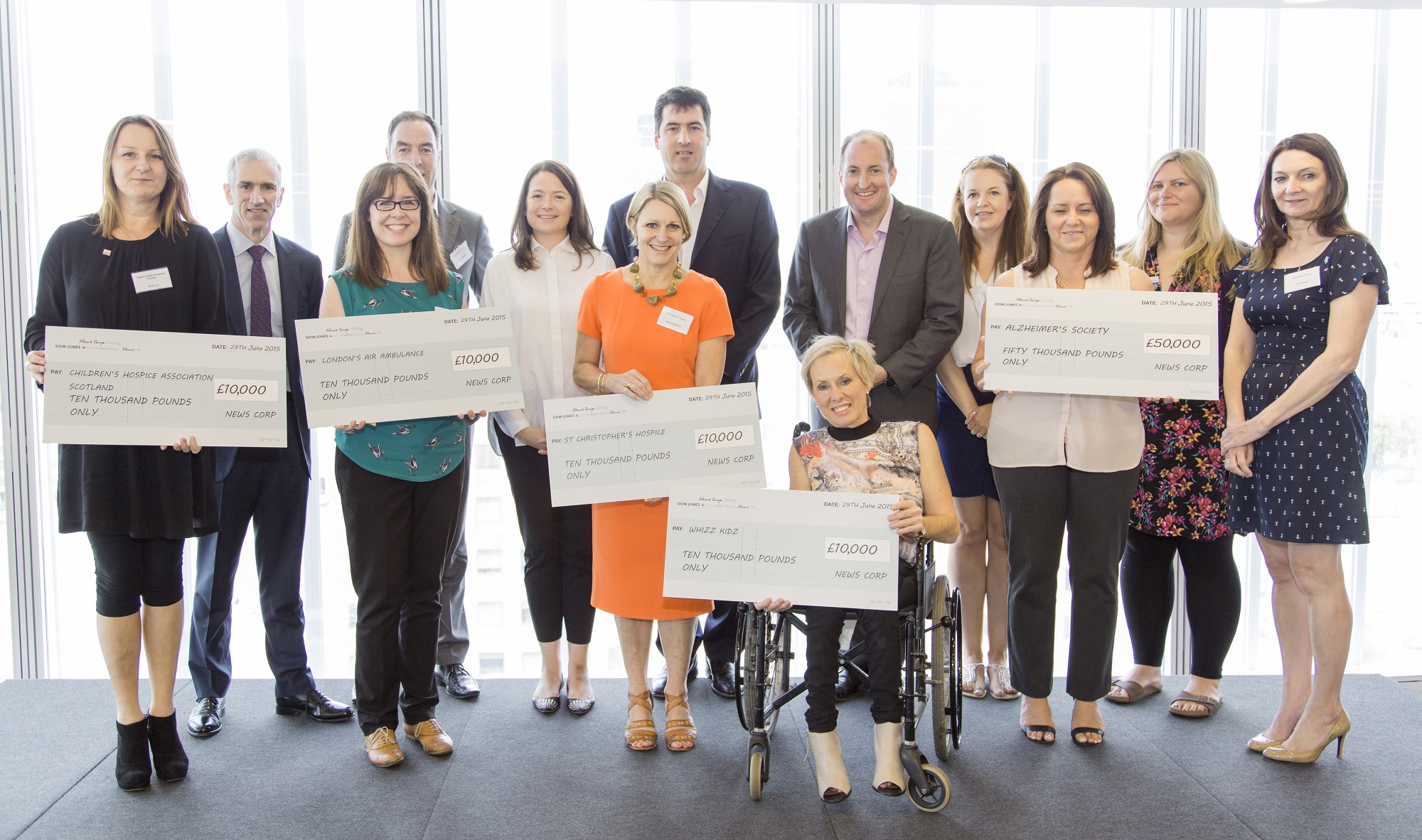