We would like to say a huge well done to independent brand consultant The Clearing, who have taken home a Silver Award at the DBA Design Effectiveness Awards in recognition of their redesign of our helicopter’s livery.

The Clearing undertook the challenge to makeover our livery back in 2012, with our redesigned helicopter, G-EHMS, taking flight in February 2013. The aim of the new design was to communicate our purpose and charity status to the people of London and increase brand recognition during our campaign for our second helicopter. The Clearing’s design saw our iconic red helicopter emblazoned with green and yellow chevrons and our key messages in a fully integrated livery. When our second helicopter, G-LNDN, arrived in January 2016, it did so in the same livery, keeping our charity easily identifiable in the Capital's skyline. 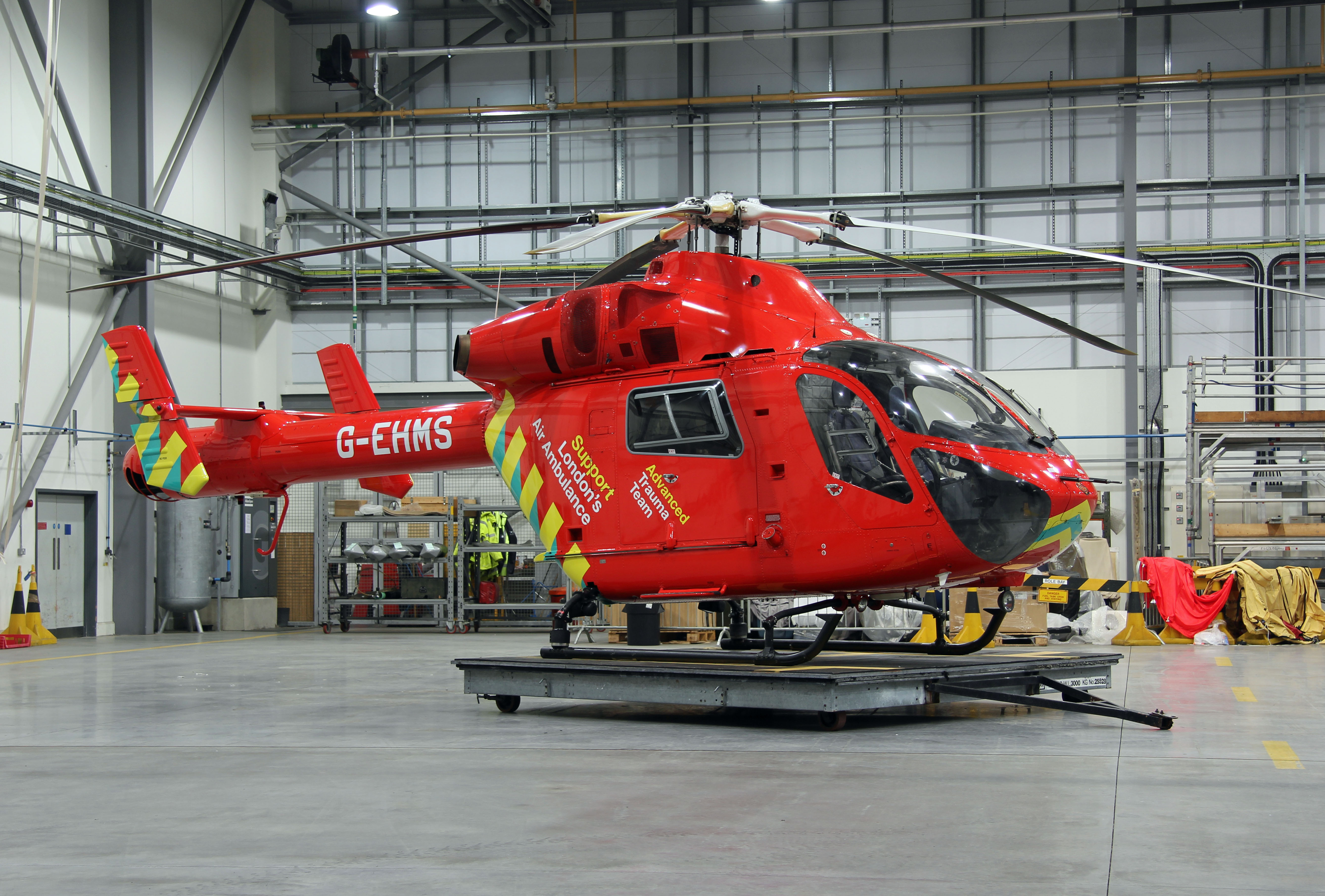 Graham Hodgson, our Charity’s CEO from 2012-2016, oversaw the redesign of our helicopter. He said: “Our goal was the acquisition of a second emergency medical helicopter. Enhancing the livery on the current aircraft helped us promote the critical messages of the advanced trauma service, that we are funded by donations and how many patients we have cared for. Building equity into the livery design turned our helicopter into a powerful communication and awareness tool.”

The Design Business Association Design Effectiveness Awards reward the integral role that design effectiveness plays in commercial success and uses commercial data as key judging criteria. They recognise designs that have a tangible and measurable impact upon business success. The Clearing also received a Gold Award for their work in redesigning food charity One Feeds Two’s logo.

We would like to thank The Clearing for all their hard work, and are delighted to see it recognised with this award.