Our ex-patient who suffered critical injuries in a workplace fall will be abseiling off the helipad atop The Royal London Hospital on Friday 16 September to support our charity and the vital work we do for the 10 million people who live, work and travel in the city.

As a young Site Manager on a construction site in Beckenham, Clive Kraus fell more than 15 feet in what was a potentially fatal fall. London’s Air Ambulance delivered a doctor and paramedic to Clive’s side in minutes.

Clive will be the first person over the edge to launch the three day London’s Air Ambulance Helipad Abseil which will help raise funds and awareness for our charity. 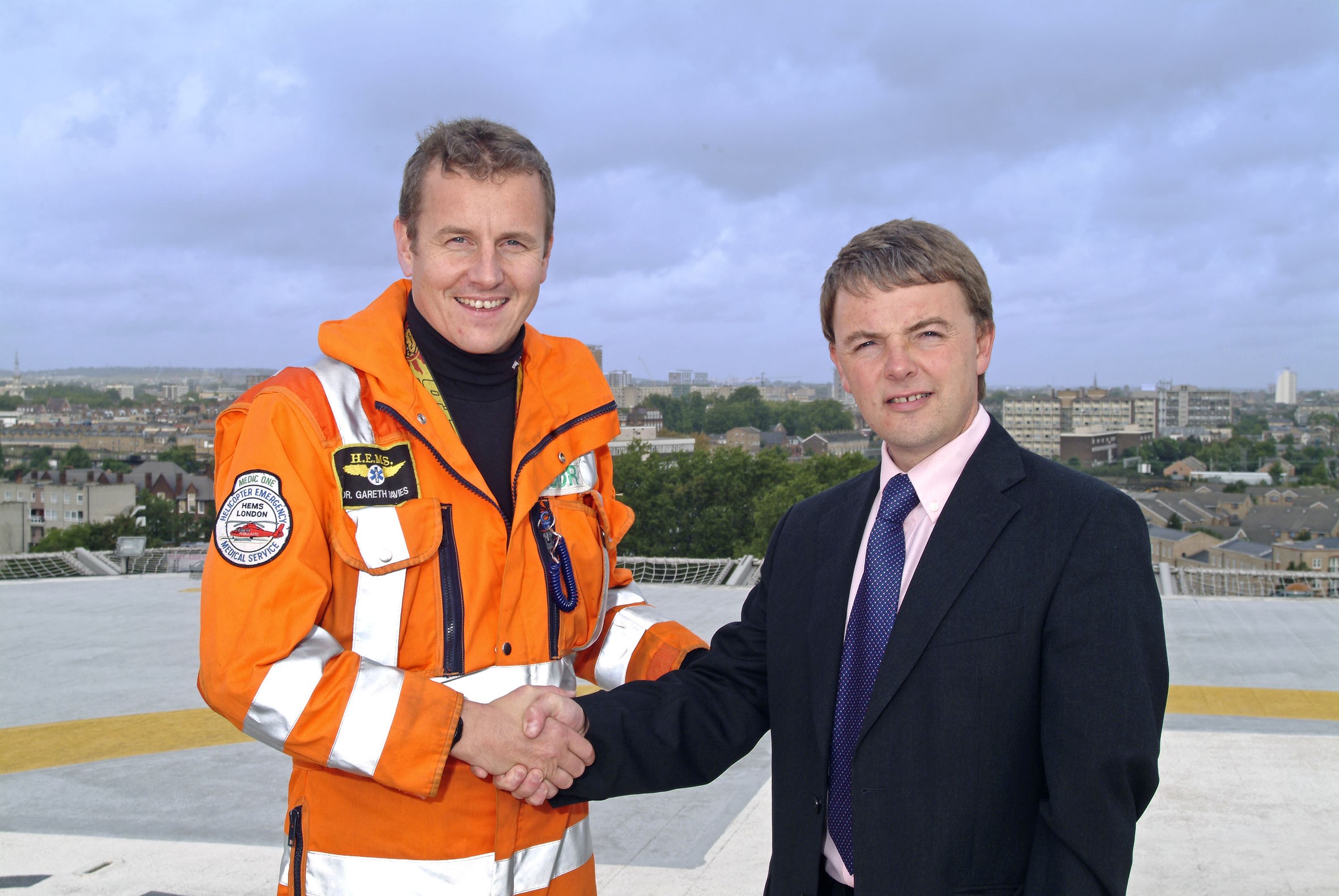 Clive said; “My family and I will be forever and always grateful to Dr Gareth Davies and his team for saving my life and all the other patients’ lives they have saved during their dedicated years of service”.

Once Clive has made his way to the bottom 200 other abseilers will face their fears to descend the 287ft drop. Now in its fourth year, the abseil takes place from the London’s Air Ambulance helipad on top of The Royal London Hospital in Whitechapel.