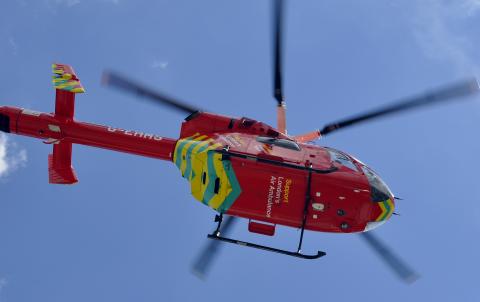 London’s Air Ambulance treated 1806 patients in 2014. The charity has today released its mission statistics for 2014 in a bid to raise awareness.

- 33% road traffic collisions
- 27% Falls
- 24% stabbings and shootings
- 16% Other (including incidents on the rail networks, hangings and drownings)

Graham Hodgkin, CEO of London’s Air Ambulance, said:“While our statistics show that we were busier in some areas of London than others, trauma can happen to anyone, anywhere at any time. Trauma doesn’t have a postcode and neither do we. By releasing these statistics today we are hoping to raise awareness of that fact and that the charity is here to serve everyone in London."