New research undertaken with London’s Air Ambulance has shown that the time taken to reach a critically injured patient in London can be cut in half by driving with warning lights, sirens and traffic rule exemptions (blue light driving) in a rapid response vehicle.

It shows rapid response vehicles (RRVs) that carry the same emergency equipment as regular ambulances but are smaller to allow easier traffic navigation, were able to reduce their response time by 14 minutes through blue light driving.  The researchers believe that this could be the difference between life and death for patients.

Response times were measured during real emergency calls to London’s Air Ambulance.  Whilst one of the service’s RRVs went to the scene on blue lights, another RRV proceeded in compliance with all traffic signals, road signs and speed limits. The distances covered by the response vehicles were similar, but speed was significantly higher when using an emergency response.against the same vehicle driving the same route at the same time.  Forty emergency responses were assessed in London over an eight month period in 2016.

The response time was 14 minutes quicker with emergency driving, equal to a more than halving (just under 55%) of the time it took for standard driving to reach a critically injured person.

“London’s Air Ambulance only attends the most critically injured patients who need urgent assessment and treatment if they are to survive.  When our aircraft is unable to fly, our medical team travel to scene by car. Time is of the essence so a saving of 14 minutes is incredibly significant and demonstrates why blue light driving is so effective.  Our research proves this is true even in London which is often thought to be too gridlocked for emergency driving to make a difference.  On the contrary we are seeing patients being reached in half the time, giving the medics a better chance of making a successful intervention, and giving the patients a better chance of survival.”

London’s Air Ambulance doctors and paramedics undertake rigorous specialist blue light and navigation training to ensure they drive in the quickest, safest way to scene, in order to deliver their life-saving service. London’s Air Ambulance has its own internal advanced driving instructor who also took part in this research. 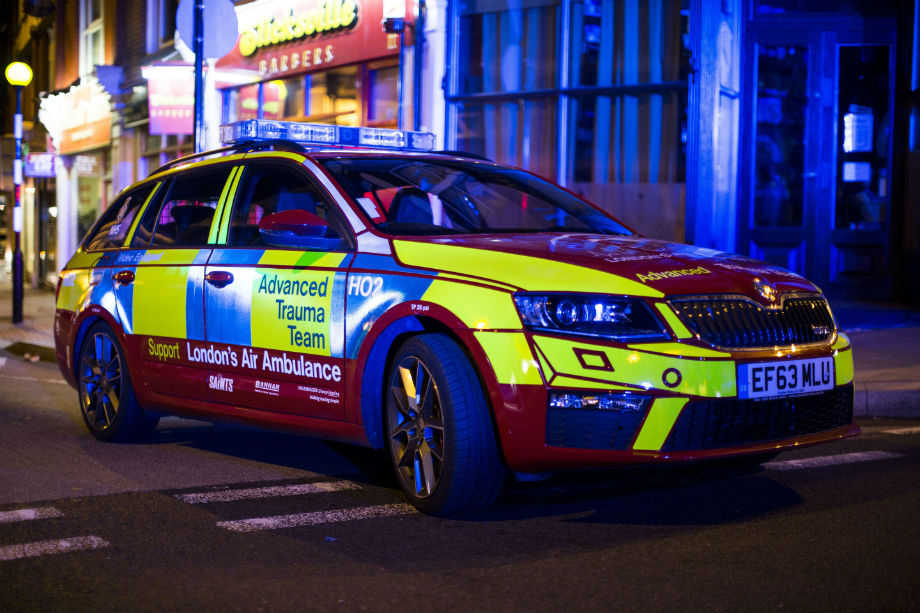