UPDATE: Our 'Your London, Your Helicopter' campaign in 2015 successfully raised the funds required to purchase our charity's second helicopter, G-LNDN. Click here to read more about the success of the second helicopter campaign, and the arrival of the helicopter in January 2016.

Advertising company Ocean Outdoor is launching a £250,000 digital out of home campaign across its large format London screens to support our ‘Your London, Your Helicopter’ call for a second emergency medical helicopter.

Adverts asking Londoners to support the campaign will appear across Ocean’s premium network of digital locations including Canary Wharf, Westfield London, Hammersmith and Ocean’s Eastern Lights’ screen. We are Ocean’s official charity of choice, and are proud to of had support from the organisation for the past three years. 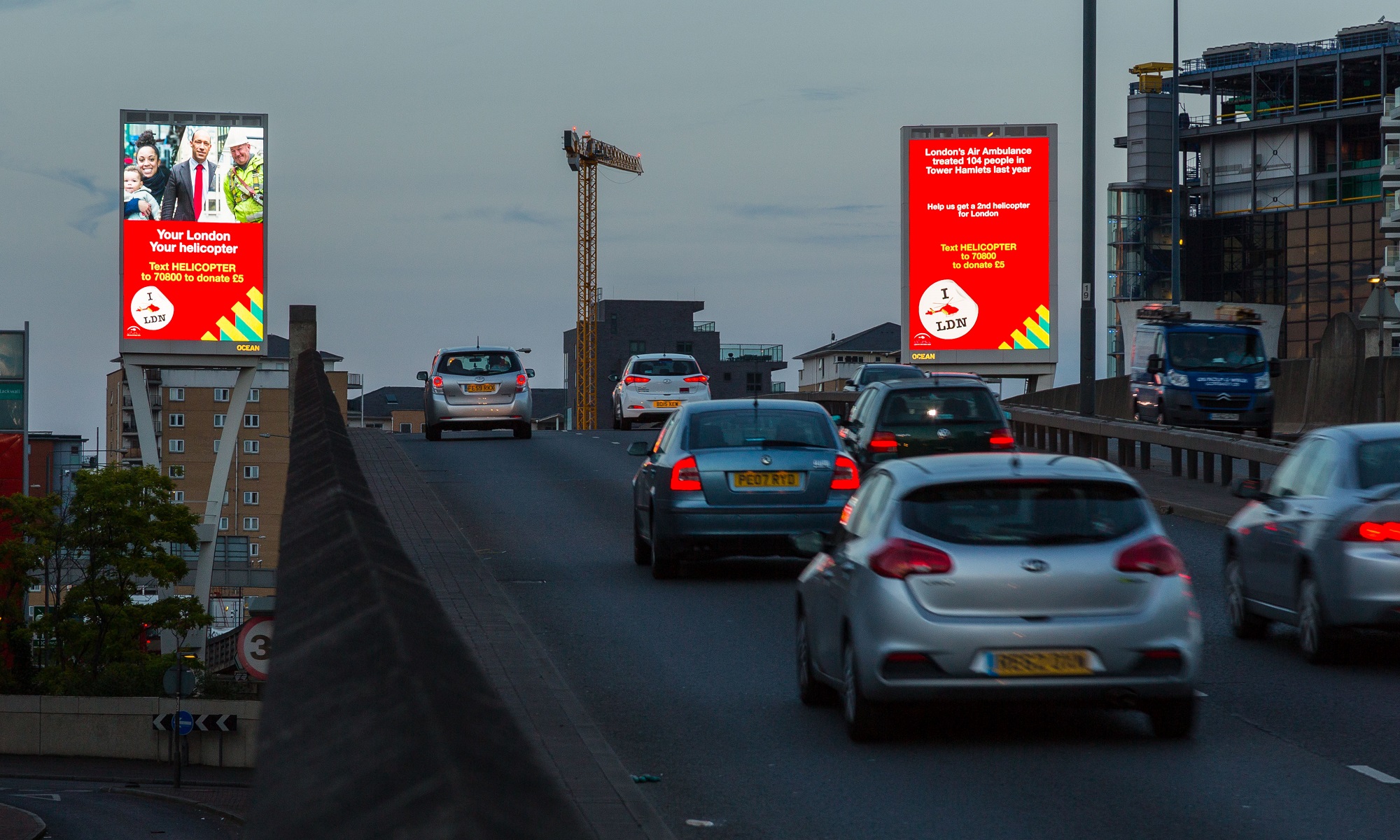 Ocean Head of Marketing Helen Beacham said: “Our goal is to ask generous Londoners to help reach the £6 million target needed by London’s Air Ambulance to acquire and sustain a second helicopter.

“Hundreds of Londoners owe their lives to this life saving charity. It’s an incredibly worthy cause which will benefit people for years to come."

Charles Newitt, Chief Operating Officer at London’s Air Ambulance said: “We treat on average five critically injured people a day yet many in London don’t know that we are a charity, not to mention the need for a second emergency medical helicopter. We are very grateful to Ocean Outdoor for helping us get the ‘Your London, Your Helicopter’ message to people across London.”