When children from The Royal London Hospital were asked to draw our helicopter, they had no idea they will shortly meet it 'in person'. During October’s Play in the Hospital Week, the children's ward took part in 'the best MD902 Explorer' drawing competition and had a surprise visit from the helipad. Senior Fire Officer, John Power. Our mascot, Ruby Rescue, came to hand over the prizes to winners and cheer up the little patients.

12yr-old Chantelle and 8yr-old Reginald draw the best helicopters on the children's ward. The children were treated to a talk about our charity and were very interested to learn about how to become a doctor, paramedic, pilot or fireman with London's Air Ambulance.

Our mascot Ruby Rescue handed over the prizes to Chantelle and Kirwan and paid a surprise visit to all the children by their beds. 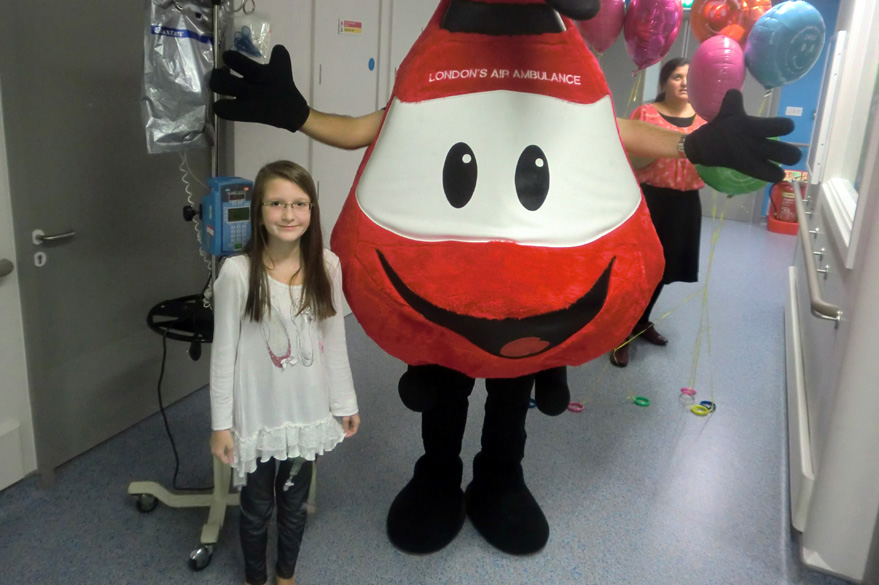 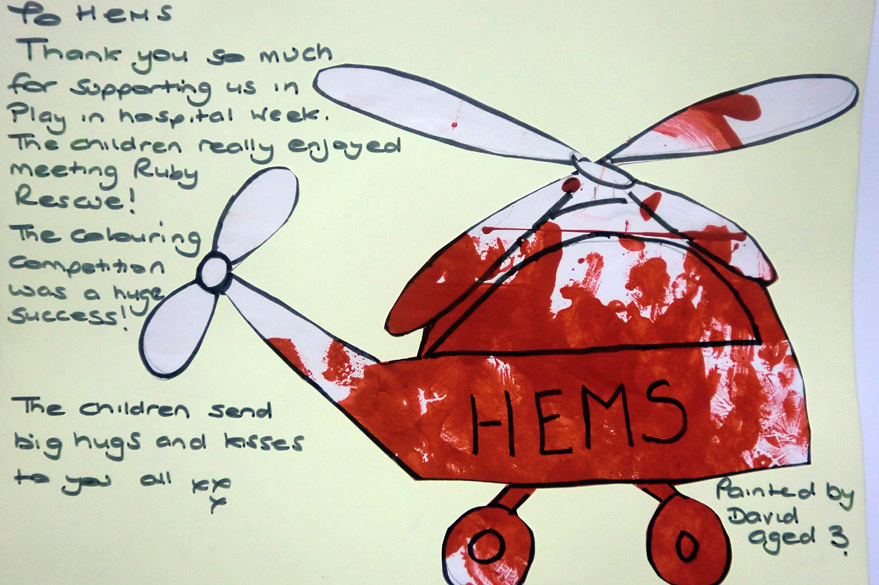 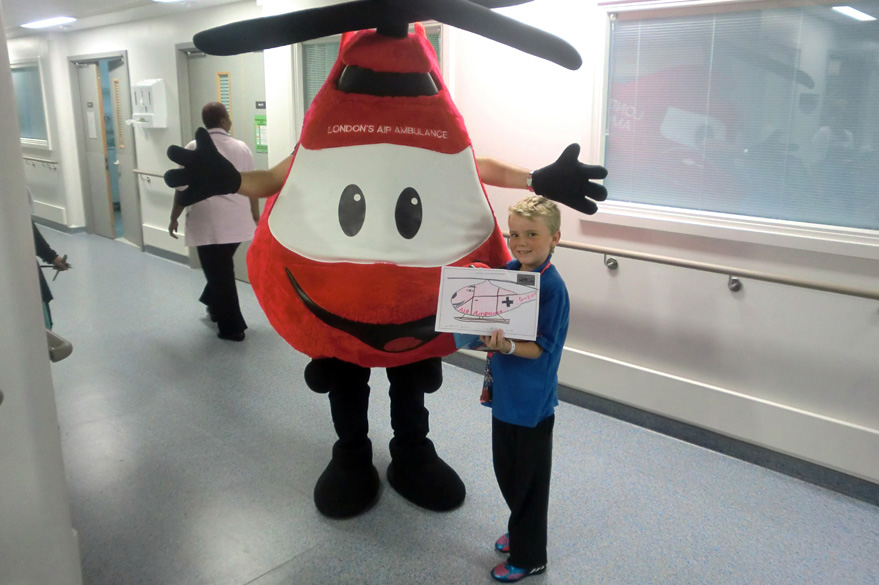 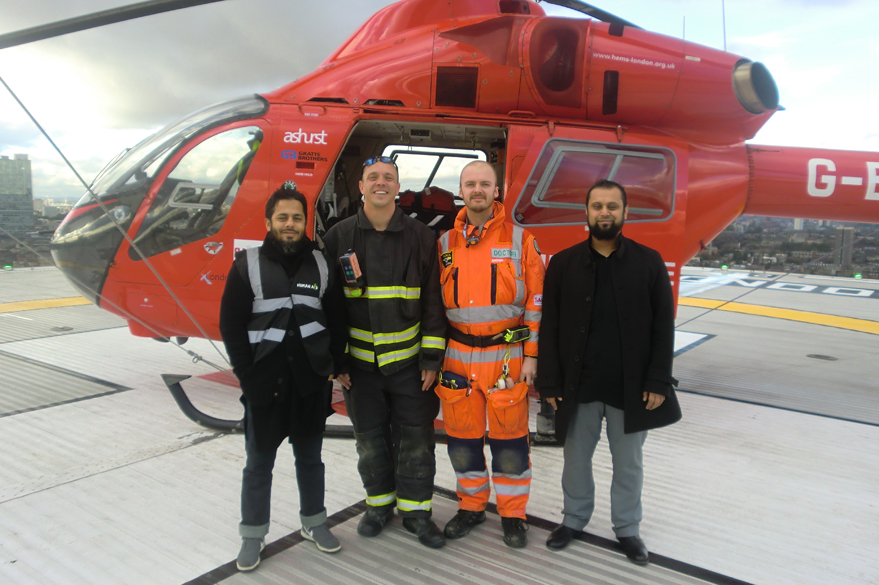 Human Aid UK, the international charity based in Whitechapel, which aims to alleviate the…

On the dawn of National Air Ambulance Week, we release incident breakdown figures from 1st… 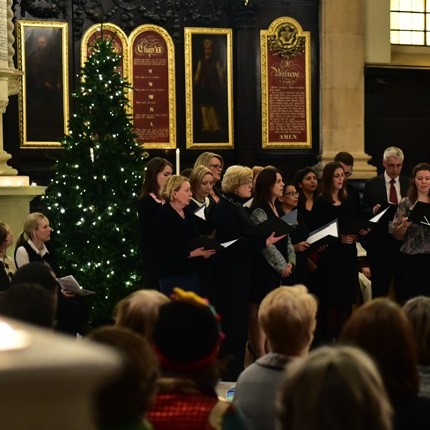 Tickets are now on sale for our Annual Christmas Carol Service at St. Andrew Holborn Church on…