UPDATE: Our 'Your London, Your Helicopter' campaign in 2015 successfully raised the funds required to purchase our charity's second helicopter, G-LNDN. Click here to read more about the success of the second helicopter campaign, and the arrival of the helicopter in January 2016. Thank you to everyone who supported the campaign.

On Sunday 19th of July, Southwark Park Road was filled with local residents for a Rock n Roll street party in aid of London’s Air Ambulance. Raising over £14,000 in total including a donation from Costain, pub landlady Julie O’Sullivan organised the event to support our ‘Your London, Your Helicopter’ campaign for a second helicopter.

Now in its second year, the family event featured live music from tribute acts including Elvis, Roy Orbison and Buddy Holly. There was also a raffle, karaoke, craft stalls and a bouncy castle giving something for all ages to enjoy. 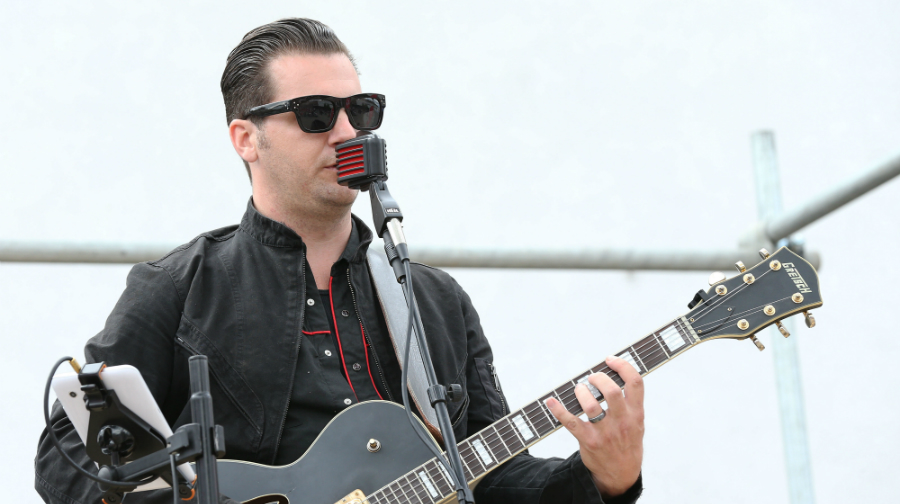 Mark Davies, Director of Development at London’s Air Ambulance, said: “Our community events generate vital funds that help us treat critically injured people in London when they urgently need it.

“The party was a fantastic success and it is great to see so many people coming out and supporting the charity. On behalf of everyone at London’s Air Ambulance, my thanks go to Julie and everyone who attended for not only supporting our work in the local borough, but the whole of London too.”

Thank you to all the London's Air Ambulance volunteers who supported on the day by helping to set up and run the event - we wouldn't have been able to do it without you!