One evening in April 2011, Dan was cycling home from work and was 300 yards away from his house when he had his accident. He suffered multiple fractures to his left leg and pelvis, was bleeding severely and both his lungs had collapsed. The London’s Air Ambulance doctor and paramedic, arriving in a rapid response car, splinted his pelvis and leg and performed a thoracostomy, allowing his lungs to re-inflate, on scene. The team then escorted Dan to King’s College Hospital, sending a ‘code red’ request alerting the hospital to have blood ready upon arrival. Dan spent six weeks in a coma and five and a half months in hospital receiving medical care. He returned to work at HSF in January 2012. “The London's Air Ambulance team were the first in a very long line of medics to come to my rescue. I am most grateful to them for ensuring that I'm still about today," says Dan.

The corporate bike ride, will see Dan trade in his walking stick for the back-seat on a tandem behind Rupert. Dan, previously a very keen cyclist, has not cycled since his accident. All funds raised by Dan and Rupert will go to our charity. 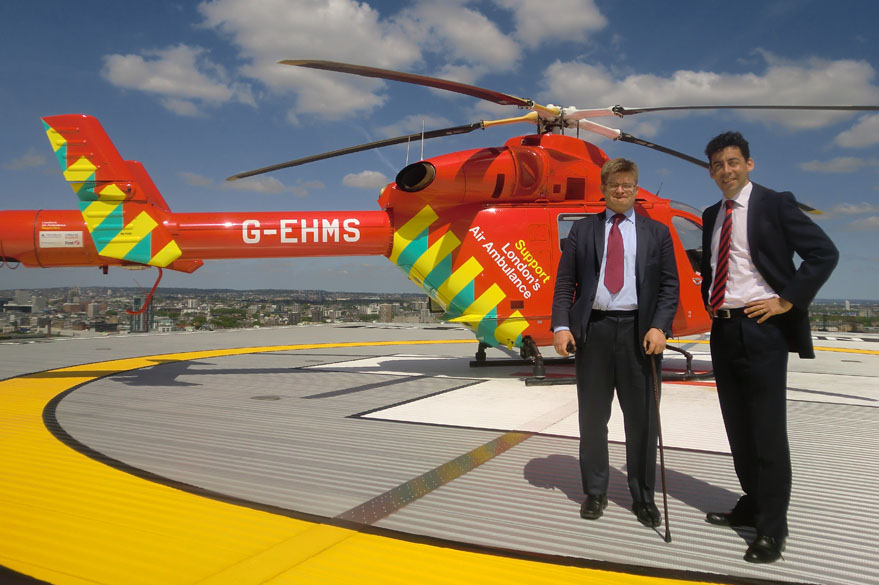