Last night we collected two key awards at the Air Ambulance Awards of Excellence 2015. Our life-saving dispatch app, developed in partnership with EE and Mubaloo, won the ‘Innovation’ category and Consultant, Dr Gareth Grier, won ‘Doctor of the Year’. We were also runner up in three other categories.

Air ambulances from across the UK gathered in the Millennium Gloucester Hotel in Kensington at the event organised by the Association of Air Ambulances, the membership body for organisations which form the air ambulance services in the UK. The awards, which are independently judged, went to pilots, paramedics, doctors, fundraisers and volunteers. They collected their trophies from BBC’s Sophie Long and TV Presenter, Rav Wilding.

Graham Hodgkin, CEO of London’s Air Ambulance said: “It is always an honour to be nominated for any award, but to win two of the categories and to be runner up in three others makes it another very special occasion for the charity. Both awards also recognise our key partnerships with Barts Health NHS Trust and London Ambulance Service.

“What is particularly special about The Association of Air Ambulance Awards of Excellence is that the recognition comes from our colleagues, peers and other charitable organisations within the sector. Absolutely everyone in the air ambulance sector is a winner in my view.”

Innovation of the Year — Dispatch app with EE and Mubaloo

Time is the most critical factor in helping to increase the chances of saving lives, or quality of life, for people who have suffered serious injury. Our dispatch app — developed with EE and the UK’s leading mobile consultancy and enterprise app developer Mubaloo — has been recognised as ‘Innovation of the Year’ due to reducing the time it takes to dispatch our advanced trauma teams by up to two minutes. For us, saving time can mean saving lives. This app has helped to achieve this. Air Ambulance

Dr Gareth Grier is a Consultant with us and a Consultant in Emergency Medicine and Pre-hospital Care at Barts Health NHS Trust. He is also Director and Education Lead of the Institute of Pre-hospital Care (“The Institute”). He has been recognised as ‘Air Ambulance Doctor of the Year’ for his commitment and drive in establishing and developing The Institute, which has provided training and education to over 400 people since its launch in 2013. Dr Grier is highly respected and well-known throughout the world for his work in pre-hospital medicine.

London Ambulance Service Clinical Team Leader, Jason Morris, is a highly respected paramedic who has done a number of secondments with us over the past five years. With 16 years in the profession under his belt, Jason was shortlisted for his integral and entirely voluntary involvement in developing and implementing our dispatch app.

Air Ambulance Campaign of the Year — ‘Your London, Your Helicopter’ campaign

We currently operate one helicopter for the 10 million people that live, work or commute within the M25. When the current aircraft is unavailable due to maintenance, London is left without access to an aircraft. With growing momentum around the need for a second helicopter, we saw the opportunity to reach out to London to help it acquire and sustain a second helicopter and extend its daylight flying hours for five years. The success of the campaign has already allowed us to purchase a second aircraft, which is expected to be operational in early 2016.

24-year-old Victoria was run over by a HGV when cycling to work. With catastrophic damage to her pelvis, we performed Resuscitative Endovascular Balloon Occlusion of the Aorta (REBOA) to prevent her from bleeding to death. It is thanks to this procedure, first introduced into the pre-hospital environment worldwide by us, that Victoria is alive. She is the third person in the world to have received REBOA at the roadside and the second to survive. For two years, we worked in partnership with The Royal London Hospital and Barts Health NHS Trust to introduce the procedure in London. The incident highlighted seamless team work from all involved, including the London Ambulance Service, who were the first on scene, and the Metropolitan Police, who cordoned the scene of the incident effectively. 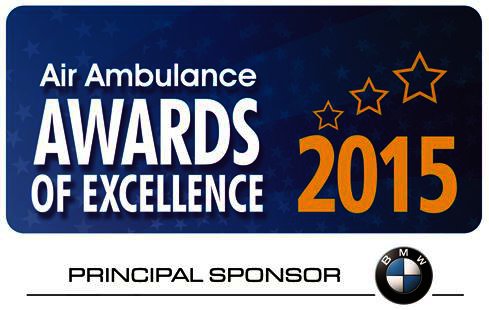