The sun was shining on City Hall when London Beach Rugby returned to the capital for its fifth year. Overlooked by Tower Bridge, rugby players from across the city joined together to compete and raise money for London’s Air Ambulance at Potters Fields Park.

Around 7,000 people came to soak up the summer at the three day event organised by City Sports Management. While players got stuck in on the pitch, our charity’s pilots, medical staff and CEO were out and about talking to spectators and giving them an insight into the life-saving work London’s Air Ambulance carries out every day. One four-legged fundraiser in particular was a big hit with the rugby fans. 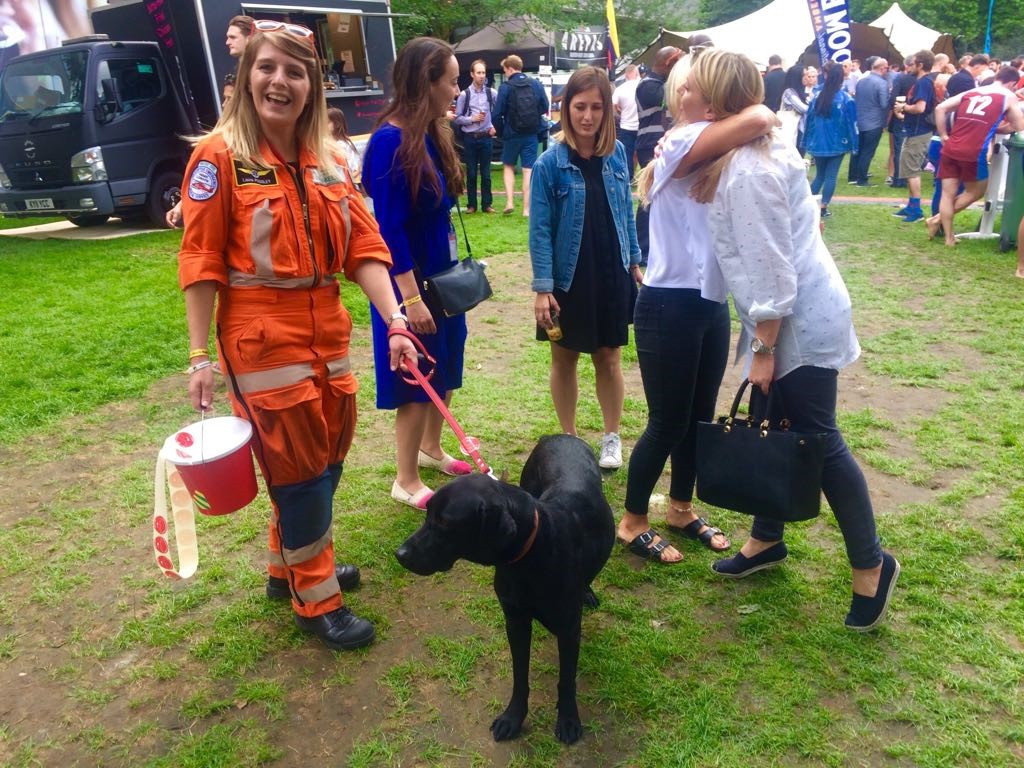 The London’s Air Ambulance rugby team gave us reason to celebrate when they came out on top in the final of the Corporate Cup, but more importantly we can now celebrate an incredible £28,000 raised for our charity so far.

“On behalf of everyone at London’s Air Ambulance, I would like to say a massive thank you to City Sports Management for choosing us as their charity partner last year and supporting us through this unique event. It gave people a wonderful opportunity to relax and watch a game of rugby in the heart of the city, while raising vital funds for our charity.

“I would also like to thank our corporate partner Tokio Marine Kiln, who kindly supported the first ever Insurance Cup at a London Beach Rugby event.” 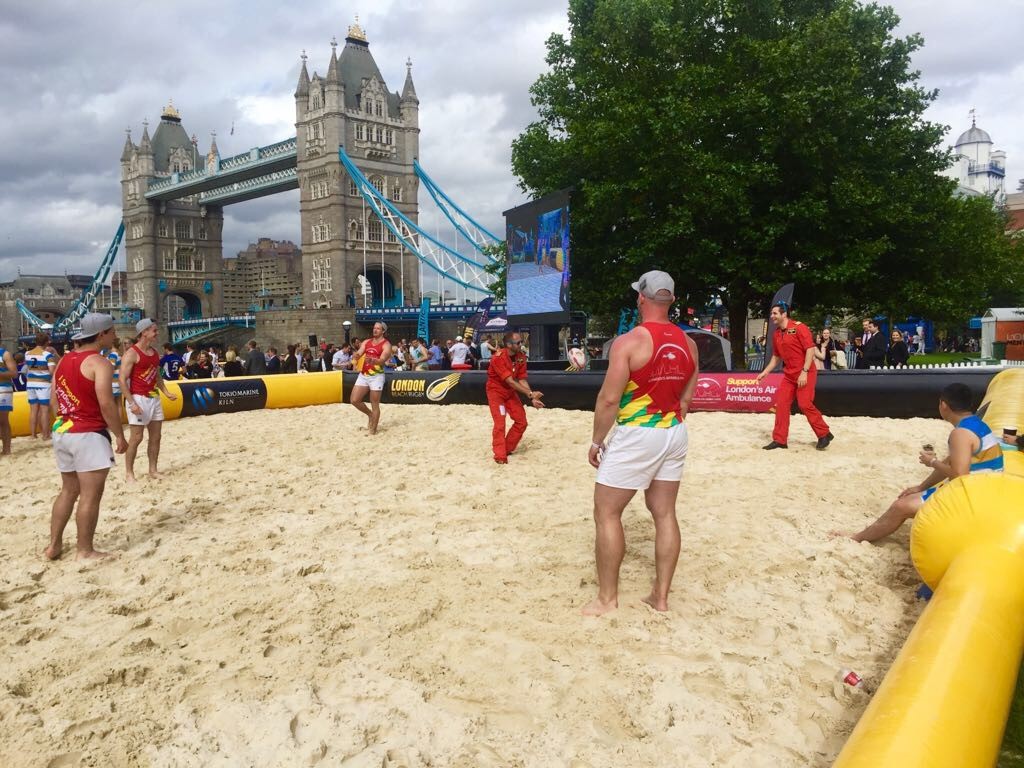 If you’re a sports fan but you missed out on Beach Rugby, Richmond Volleyball are holding their Summer Slamdown at Teddington Sports Centre on 9th September to support London’s Air Ambulance.