44-year-old Kirk Cross, the Olympic Torch bearer from Hornchurch, has been keeping the spirit of the Games up after the world watched him carry the Olympic flame down the Orsett Road, Grays on 6th July 2012. Nominated as one of the Olympic inspirational personalities by his sons’ school Head Teacher, Kirk raised almost £600 for us within his local community. “The fundraising gave me an excuse to dress up again in my Olympic uniform,”he says.

Kirk fundraised for us when the Olympic Torch Relay reached his home town on 22nd July. “We decorated the gates of Suttons Primary School in Hornchurch to welcome the torch and the crowds. The atmosphere was amazing and as people found out they could have a picture taken with an original torch, a queue quickly formed. This privilege came at a cost but when people realised that it was going to a great cause, the donations came flying in,” says Kirk, who was nominated to be a Torch Bearer by Suttons Primary School, after being a long term member of the Parent-Teacher Association and a regular volunteer at the School’s events.

Kirk also attended Sports Days at Suttons Primary School and George Mitchell Secondary School in Leyton. Both institutions donated to London’s Air Ambulance, adding to almost £600 that Kirk has raised since the Olympics.

Kirk says he has realised the importance of our service after a motorcycle accident: “London’s Air Ambulance is a local charity for me which is a worthwhile cause as it provides a rapid medical response in London. I used to ride a motorbike and after an accident that could have been fatal, the service has always been in the back of my mind. They are a selfless bunch of people who care a great deal for everyone.” 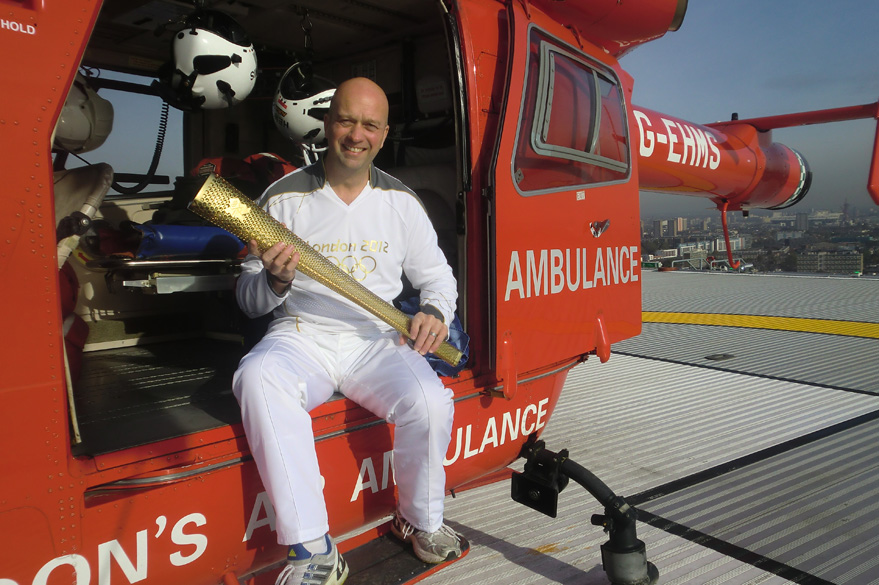 Kirk has been holding charity events aimed at bringing the local community together for the last three years. “I would encourage everyone to hold a Big Lunch event in their street or to meet in a park for a picnic with neighbours. Events like these could help support your local charity. Even a small amount of time or money helps to keep much needed organizations open for business,” says Kirk. 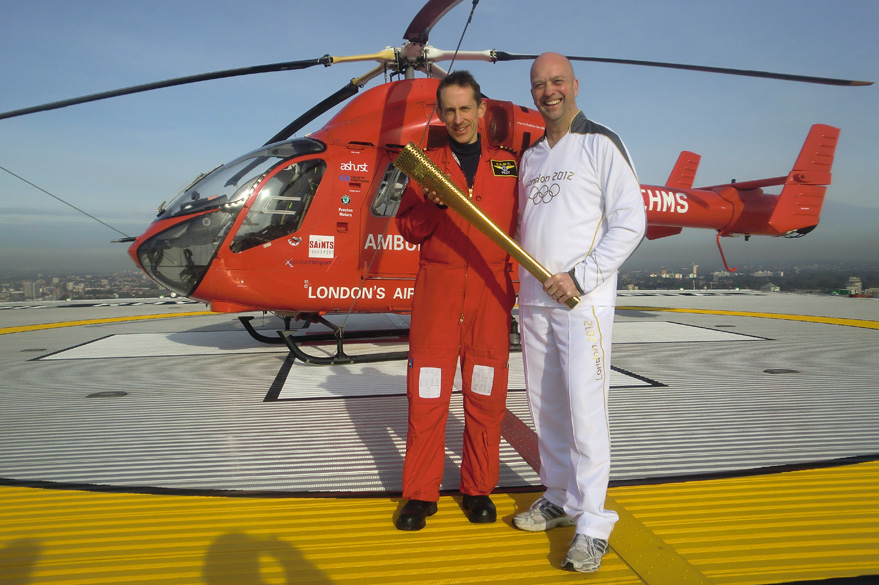