On Saturday 15th September, Saracens Rugby Club kindly invited London’s Air Ambulance to be part of their big game against Leicester Tigers at Wembley.  Our team were out in force to raise money and awareness about our charity to over 40,000 spectators.

Not only did Saracens let our team of 40 volunteers collect donations at the event, London’s Air Ambulance was also featured on Wembley’s big screen and our Executive Director, Dr Julian Thompson, got into the spotlight pre-match when he was interviewed right on the pitch.

The live interview was escalated by Saracen’s commentator who encouraged the spectators to donate to us by texting LAAC01 £5 to 70070. We are still counting donations.

The crew of volunteers collecting at the event included ex-patients, Meera Raniga and Jake Saunders and paramedics Steve Jones and Dan Ballard. Our youngest, and by far the cutest volunteer was four-year-old Jack who turned up with his father wearing a matching flight suit and spent the day wooing the crowds as did our mascot, Ruby Rescue. 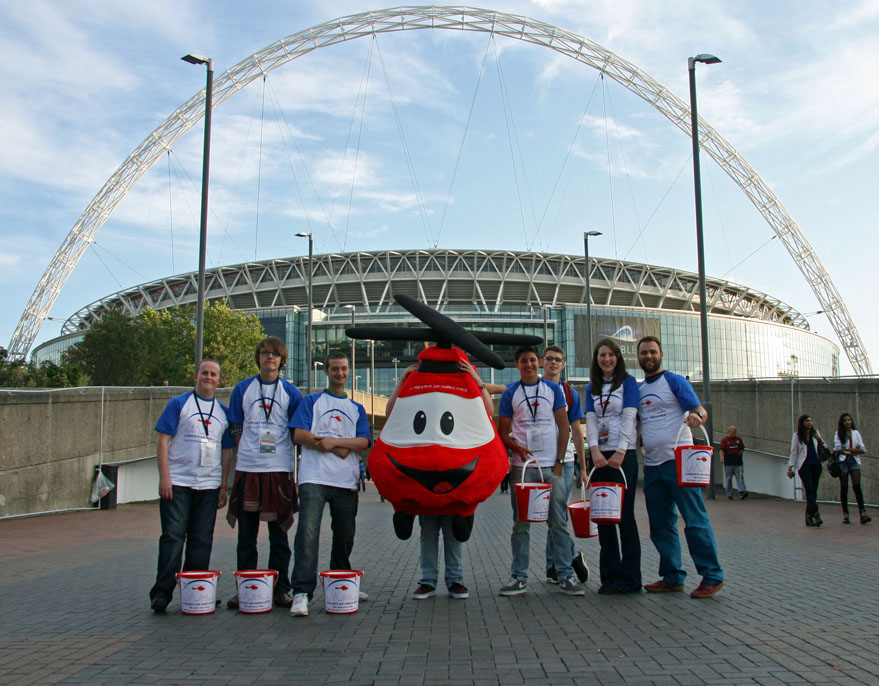 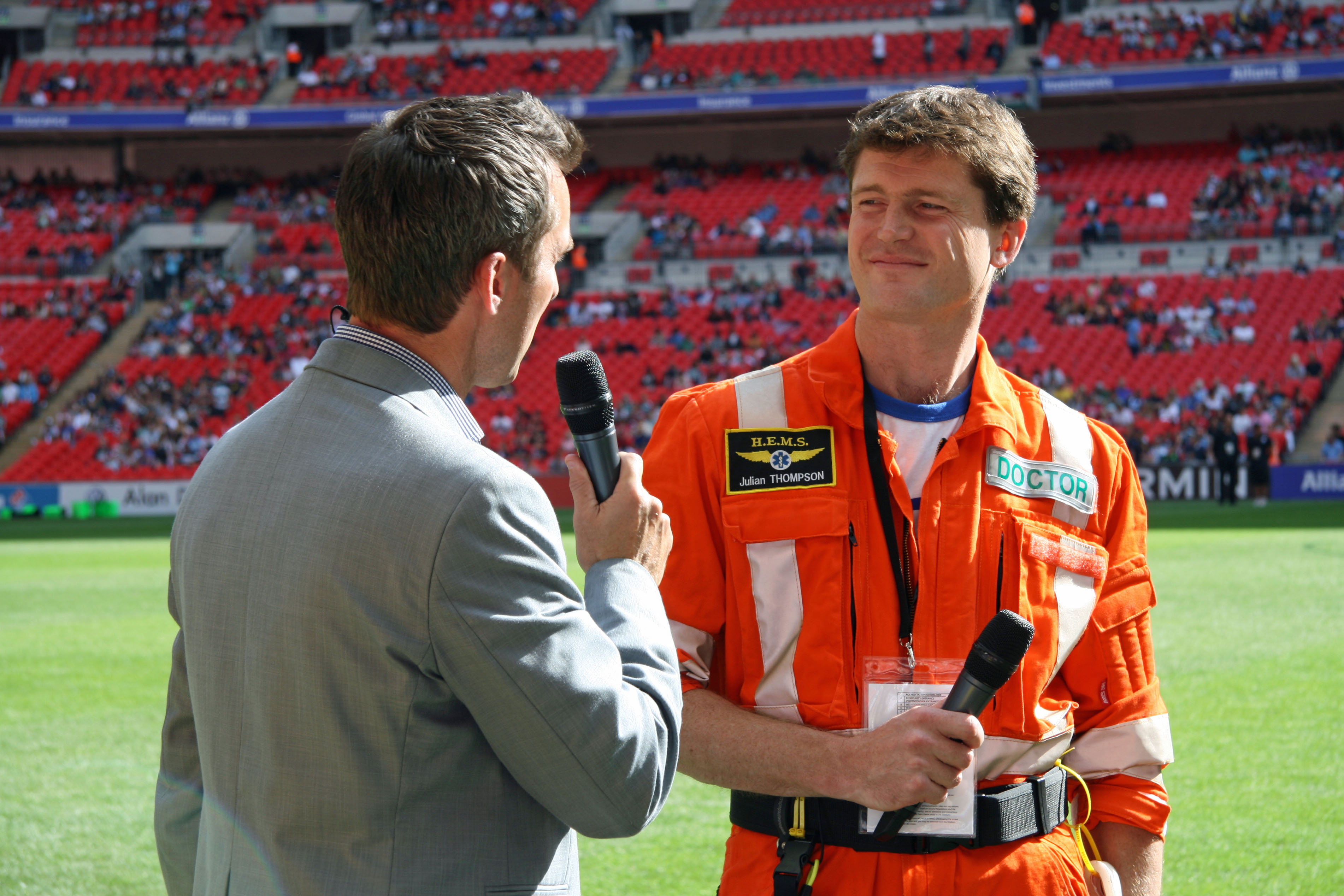 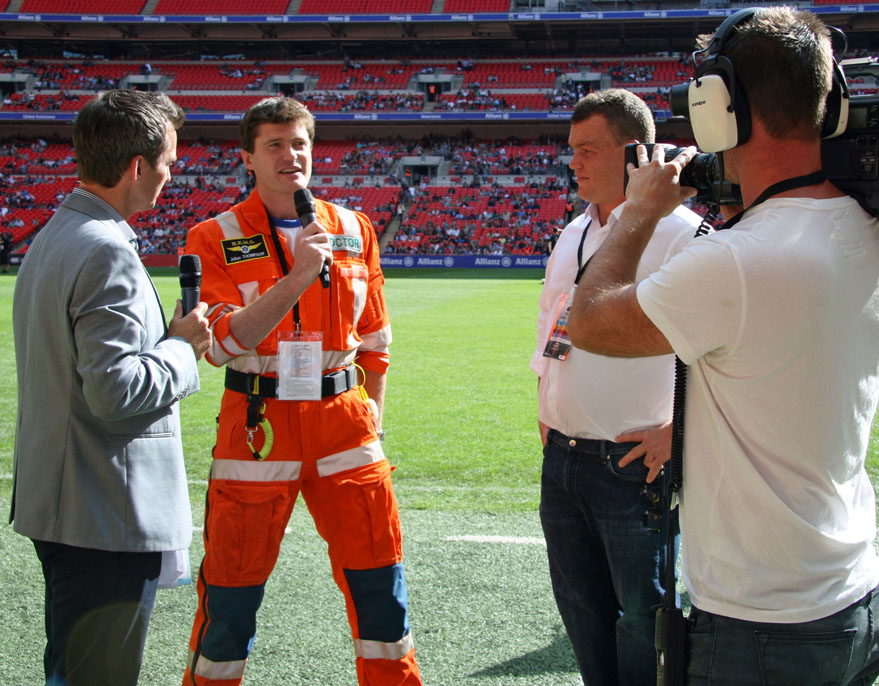 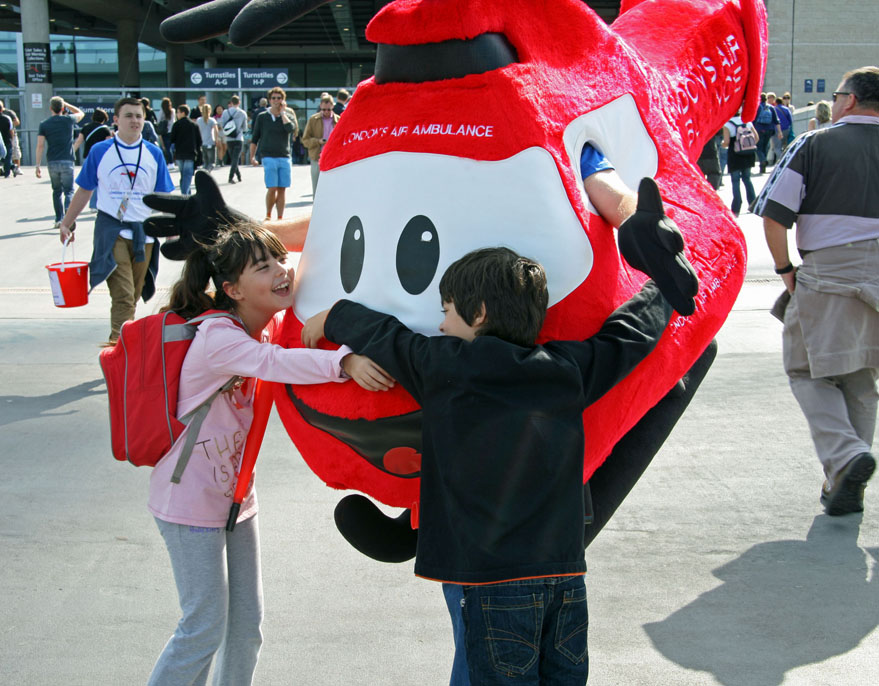 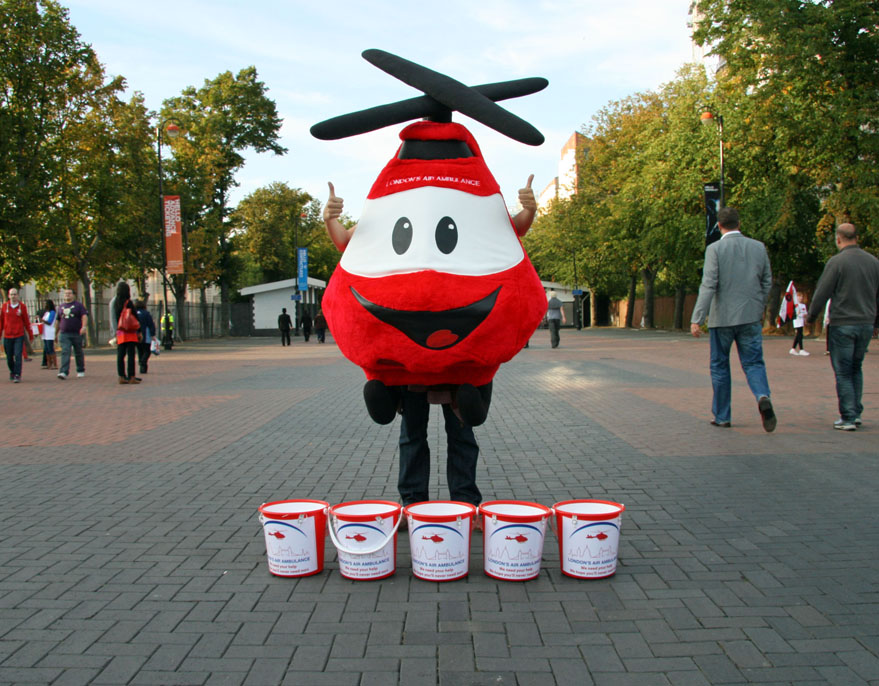