On 11 September, Max set off on the same route to work he took every day. He put on his helmet, got on his motorbike and started the journey from his grandfather’s house in Cheshunt to his office in Camden where he worked as an IT analyst. As he approached a junction, a car turning right crossed his path and hit him.

The car clipped the back of Max’s bike and the 22-year-old was flung into the air, landing on his head. A bystander heard the collision and turned around to see Max lying face down with blood coming from under his helmet. With quick thinking she spotted an ambulance at the next set of traffic lights and ran into the road and flagged it down. The paramedics began treating Max but soon realised he was in a very serious condition and called for support from London’s Air Ambulance. Within 8 minutes our team was on the scene.  They anaesthetised Max and made sure he was stable before escorting him in the land ambulance to The Royal London Hospital. Max was gasping for air and many believed he was taking his last breaths.

Lizzie, Max’s mum, describes the moment she found out about the accident. “It was a Sunday morning, so my husband and I were having a lie-in. My phone started ringing and it was my daughter - all she said was “Mum, Max has been in an accident. He’s been taken to The Royal London Hospital.” Having just woken up, I couldn’t comprehend the news I was hearing about my child. I couldn’t get the words out of my mouth. We literally ran out of the house half dressed to get to the hospital.”

At The Royal London Hospital, Max was operated on to repair multiple bleeds on his brain. Max had survived his injuries, but it was unclear whether he would ever walk or talk again and, on top of this, he was diagnosed with post-traumatic amnesia.

“I remember waking up in the hospital and the last thing I remember was being at a Jamie XX concert seven months before”, Max explains. “I thought that something had happened to me at the concert and that’s why I was in hospital. I had no memory since the concert and waking after the accident.”

After two months in hospital, Max had made incredible progress. When he arrived at The Royal London doctors weren’t sure he would make it, but by the time he left he was up and walking and able to make new memories. 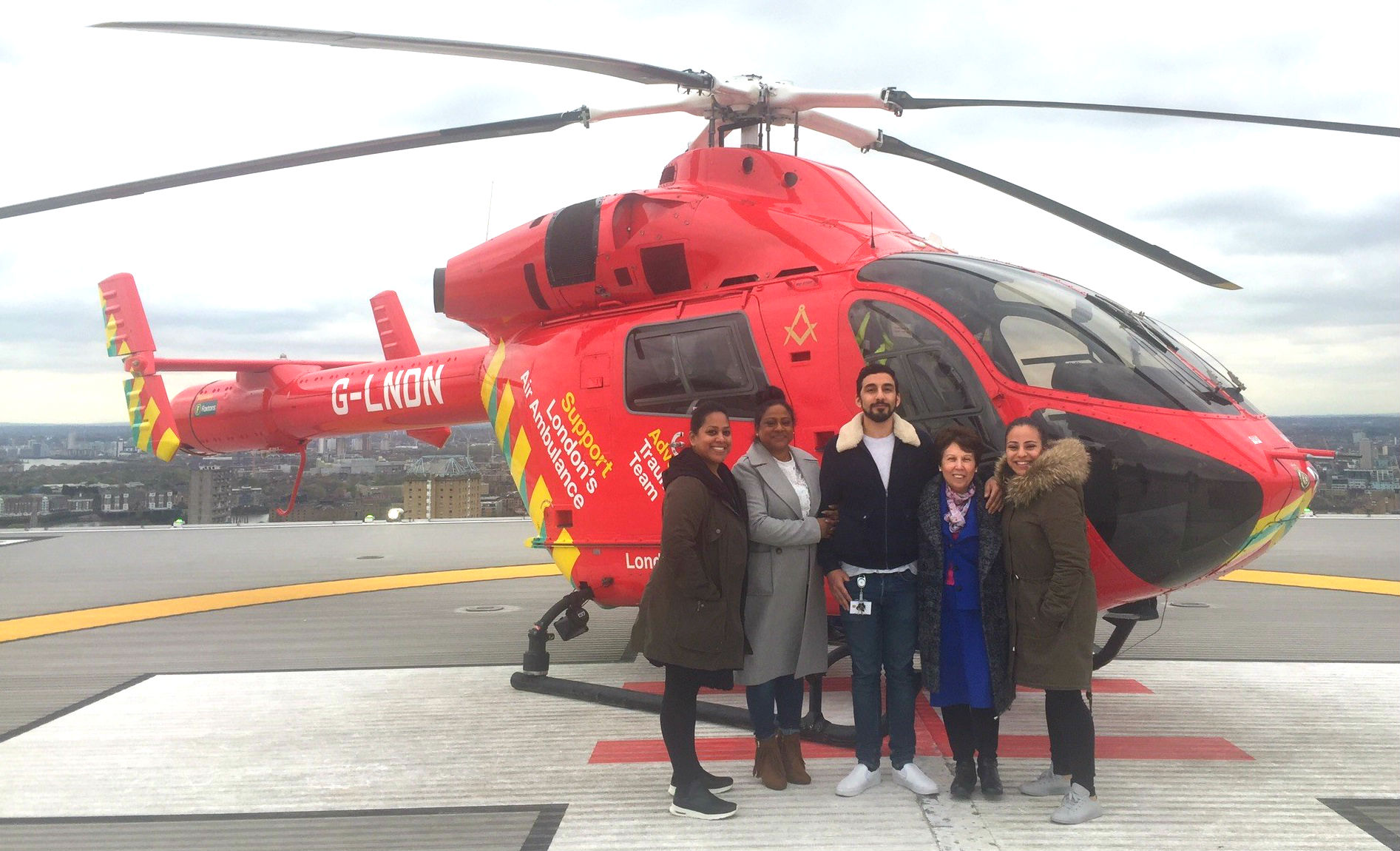 “The medics don’t understand how he’s made this miraculous recovery; they put it down to the fact that he got treatment almost immediately”, says Lizzie. “By 4 November we were able to take Max home. It was the best feeling having my son home; – after daily visits for two months where life had been put on hold the family could now breathe and relax again.

“He went back to work at the beginning of the year. All of his colleagues were shocked, they couldn’t believe how well he was. Max was finally back.

“To us, the team at London’s Air Ambulance are absolute heroes. My son wouldn’t be alive today if it wasn’t for this life-saving charity and everyone else who helped him. While we slept peacefully that Sunday morning, Max was fighting for his life on the roadside. We are so grateful to the team for their skill and dedication. Our lives could have been so different today.”

This September, the family are taking part in the London’s Air Ambulance Helipad Abseil to raise money for the charity. “My mum volunteered me even though I’m scared of heights”, Max says. “I’ve been making it well-known at work so I can get as many donations as possible!”