When Orhan got off the bus, he was hit by a lorry and thrown 80 feet along the road. From then on every minute made a difference to the 13 year old. He had a swelling on his brain, a lacerated liver, heavily bruised lungs and multiple fractures to his face.

“The helicopter landed in the school playground. My son got the treatment he would have received in A&E – right there, on the ground. Amazing,” says Orhan’s mother.

"The doctor sedated him and decided to airlift him to The Royal London Hospital. When Orhan woke up in the children's intensive care unit, he knew who we were and he had no life changing injuries. It was such a relief for our family. He is now back at school but it might have been a different story if it wasn't for London's Air Ambulance."

"We can't afford to give much and I appreciate that most people are in a similar situation, but if everyone donated just £5 a month, it would make a genuine difference in London. I have seen it on the day of my son's accident." 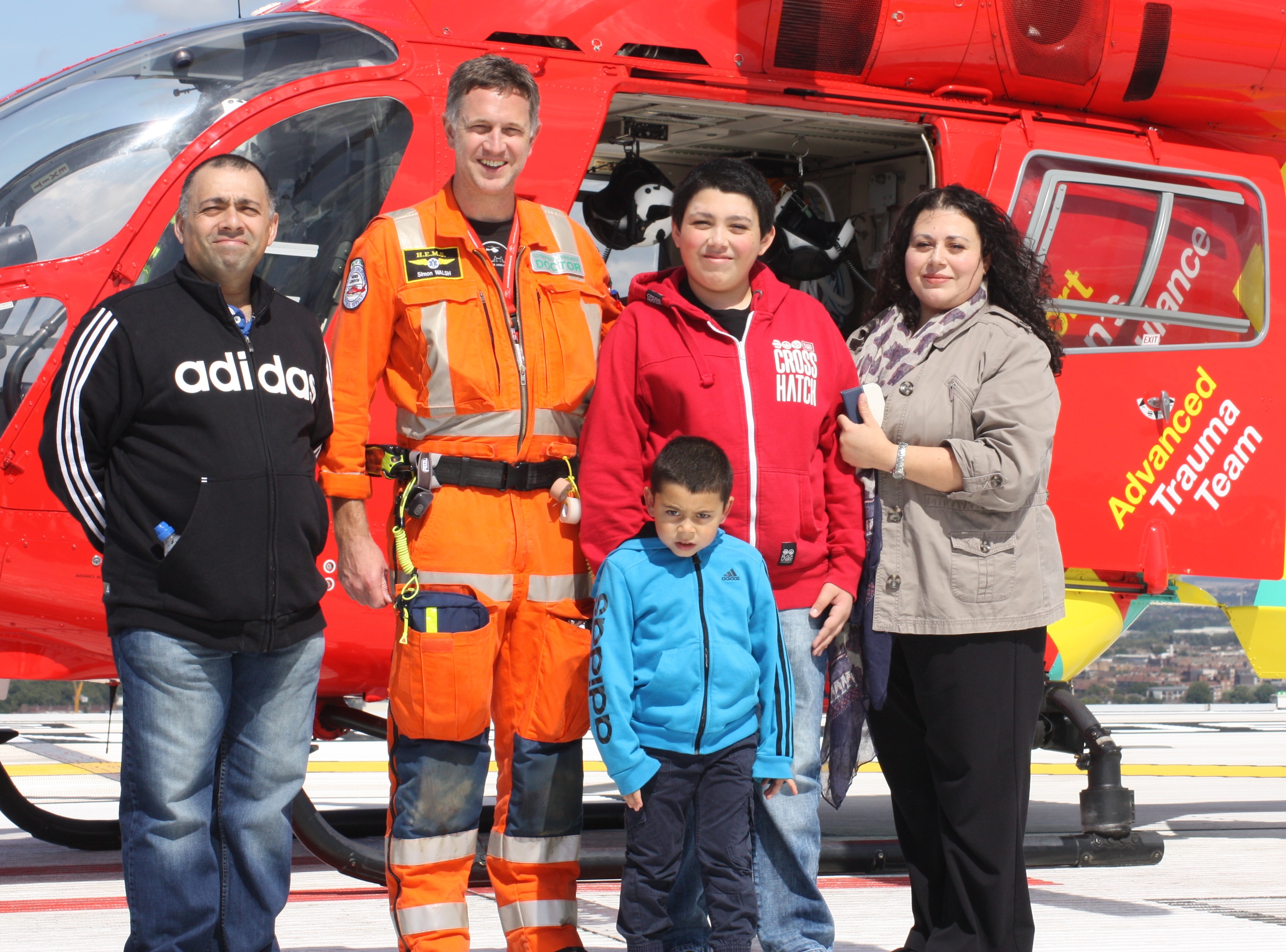