In memory of her son – Johnny Lambe, who London’s Air Ambulance treated in 2008 – Mona Lambe has written and published a book called “Johnny Lambe - A memoir”.

On 26 July 2008, Mona and her husband John were in France when they received a call from the police, notifying them that Johnny had had an accident and that they needed to return to London.

After attending a course for documentary filmmakers, Johnny was on a roof garden in Haggerston with friends when he fell. “A hideous, ghastly accident” said Mona.

London’s Air Ambulance was called and dispatched within minutes. The team, with the help of the London Ambulance Service paramedics, proceeded to place Johnny in an induced coma, which allowed them to take over his breathing, ensuring maximum oxygen delivery to his brain. Importantly, this also meant that Johnny was well sedated and not aware of injury and surroundings. The advanced trauma team then safely and rapidly took him to the Royal London Hospital which was the closest Major Trauma Centre, whilst Mona and John flew into Gatwick Airport.

“When we arrived at the hospital, I remember the surgeon telling me that I had to understand that the brain stem, which is the centre of life, was destroyed.” The extent of Johnny’s injuries was too significant and Johnny sadly passed away on 27 July 2008. 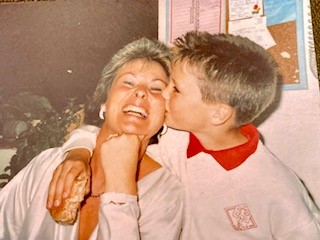 “It is thanks to London’s Air Ambulance – who got Johnny so speedily to The Royal London Hospital – that we were able to have one more night with him. I’ll always be so grateful that I was able to spend that time with Johnny, holding his hand to my face.”

Since Johnny’s death, Mona and her family have undertaken some incredible fundraising for London’s Air Ambulance Charity. The year of her 70th birthday aligned with what would have been Johnny’s 40th, and instead of presents, the Lambes asked for donations to London’s Air Ambulance via a JustGiving page. “The aim was to raise enough to cover what attending Johnny’s accident would have costed,” explained Mona. In the end, approximately £5,000 was collected.

“There is still a huge pain in my heart when I talk about Johnny’s accident, but I have made this a really positive book. It’s joyful,” described Mona.

The memoir is a collection of Johnny’s stories, art work and experiences. “Johnny had kept everything from his school days. When we got all of his things, I couldn’t believe the wealth of info that there was in these things.”

Before the accident, Mona had been writing children’s stories, which Johnny had always wanted to edit for her. After Johnny passed, Mona completed these, with “Johnny’s voice in my head saying ‘Get on with it mum, for goodness sake!’”

Finishing the stories left a void, and so when Mona was going through Johnny’s travel diaries, she started to write some of them up. “That’s how the book started. After that, it just gradually developed.

“It took me a long time to go through everything, and for a while I couldn’t do it and had to leave it for a bit. Some sections transported me to other places and other bits were really difficult to read. But after 13 years, I have completed Johnny’s book.” 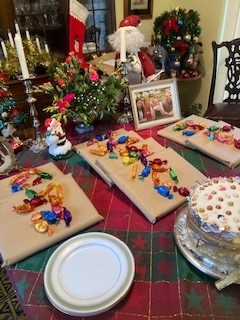 As well as being a beautiful presentation of Johnny’s passions and life experiences, the memoir offers insight into the ways in which people deal with grief. Mona’s husband and children received the book for Christmas last year, wrapped in brown paper – which was Johnny’s tradition – accompanied with a couple of Quality Streets (Grandma Lambe’s favourites).

“One of my daughters said she’s so proud of Johnny, and of me. Not that there’s anything for me to be proud of because this is Johnny’s book: it was Johnny’s voice in my ear and it would never have been done without Johnny.

“In this book you have Cheryl, Lauren, Nicholas, John and me. That’s five different people and you see how each person dealt with grief in different ways.

“I hope this book will bring joy to many, and help some understand grief a little better. Recollecting Johnny’s accident still hurts now, after 13 years, but I will forever be grateful to London’s Air Ambulance for being there. Thank you for the incredible service you provide to communities.”

Mona’s book will be available to order via Amazon and Books Depository from 31 January 2022.