On the hottest week of the year so far, employees from Allianz Engineering tackled a 600 mile walking challenge to raise vital funds for the Association of Air Ambulances Charity (AAAC) which fundraises for air ambulances nationally.The challenge involved walking between 15 air ambulance bases in the Midlands and Southern regions over six days, commencing on Sunday 17th July 2016. Participants were challenged to walk legs between 12 to 18 miles in a continuous relay style, with some walking throughout the night.

The challenge finished in London at the London's Air Ambulance helipad atop The Royal London Hospital. The two groups from the Midlands and Southern regions were whisked up 17 floors for an exclusive helipad visit and a photo with our operational staff.

The partnership between Allianz UK and the AAAC was formally launched back in February 2016 with an anchor donation of £100,000 split equally between all air ambulances represented by the AAA. Allianz employees are encouraged to fundraise for their local air ambulance, with the London offices already raising nearly £4,000 through a Golf Day, dress down days and cake sales.

If you would like to support us in delivering our advanced trauma team to critically injured people in London, find out about partnering with London's Air Ambulance as a corporate partner by contacting Lucy Brooks on 020 3023 3302. 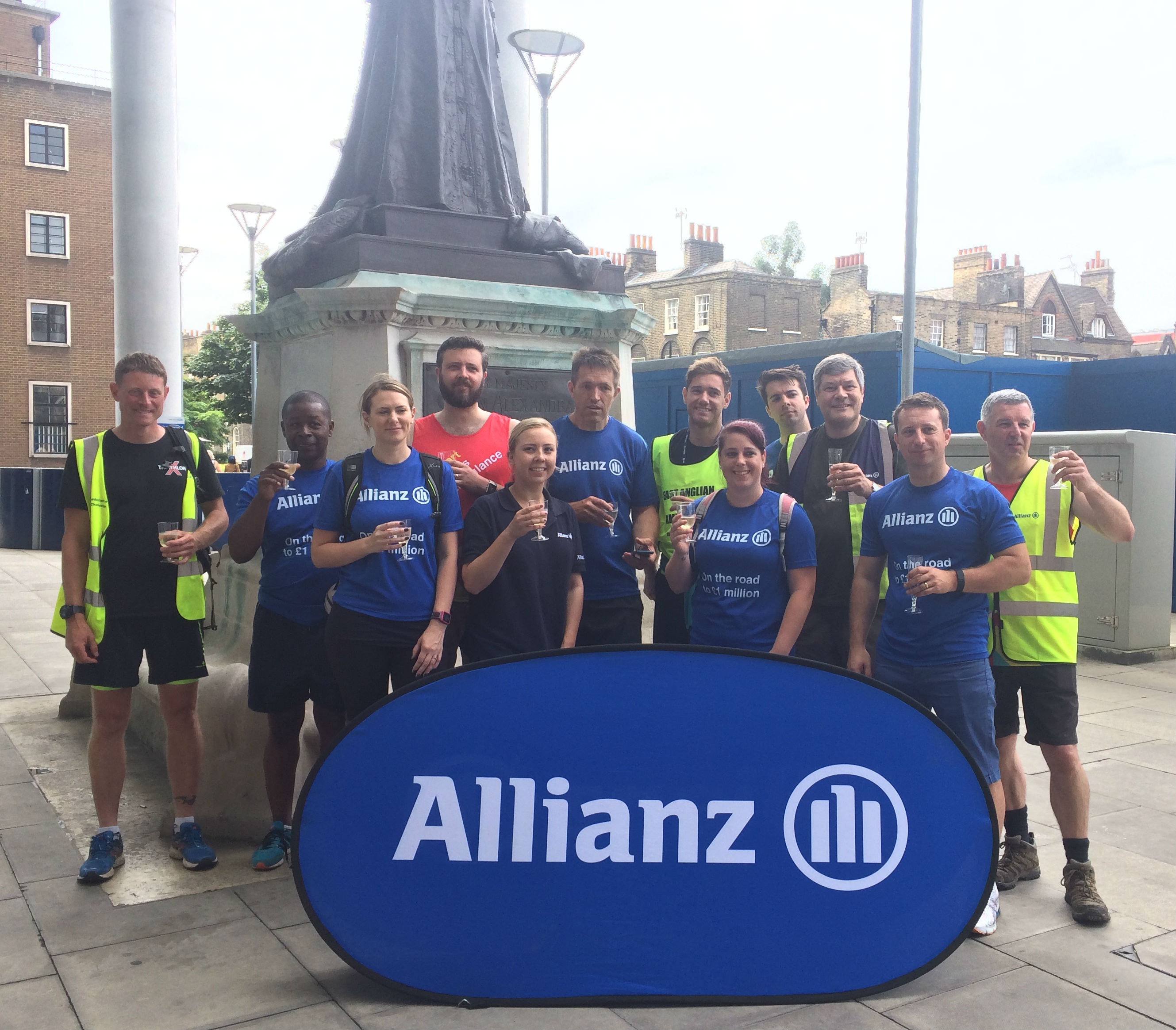