We held our annual Autumn Reception on Tuesday, 27th October 2015. This year’s event was hosted with special thanks to the Master of The Worshipful Company of Plaisterers, Mr Bill Mahony, who generously made the stunning Plaisterers’ Hall available to us for the evening.

The event provided our charity with the opportunity to share the clinical and operational work undertaken by the team over the past year. It was also an opportunity for London’s Air Ambulance to thank its invaluable supporters. Our charity relies on the generosity of our supporters, trusts, foundations and livery companies to keep our advanced trauma team in the air and on the streets.

This year marks the tenth anniversary of the 7/7 bombings in London. Remembering a day of shock and sadness, the anniversary also highlights one of the most remarkable voluntary efforts in the history of the capital. One of London’s Air Ambulance's Founding Doctors, Alastair Wilson gave an address at the Autumn Reception on the integral role played by our service, along with London Ambulance Service, Barts Health NHS Trust and many other vital services, in supporting patients on that fatal day. 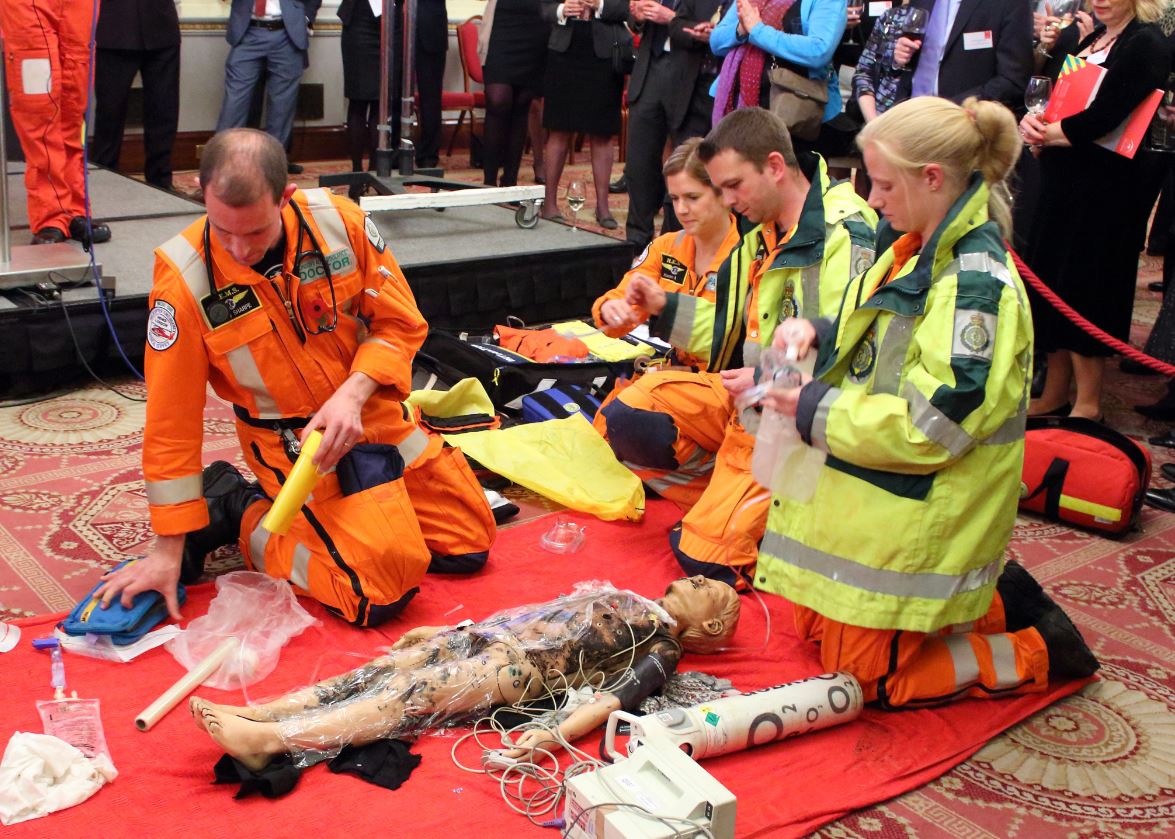