Donate to our team

A team of 14 individuals, representing all aspects of the London’s Air Ambulance charity, will be taking part in the Marathon des Sables later this year. The challenge is known as “the toughest footrace on earth”, as it sees competitors run the equivalent of 6 marathons over 6 days through the beating heat of the Sahara desert.

Described by Sir Ranulph Fiennes as the hardest thing that he has ever done, competitors will have to carry everything they need to survive, apart from water and a tent to sleep in at night. At least 10% of entrants fail to finish.

The London’s Air Ambulance team, consists of supporters alongside three doctors, one paramedic, one pilot, one fire officer, the charity CEO, and one former patient. The target fundraising amount is £50,000, which could fund six days of the service. 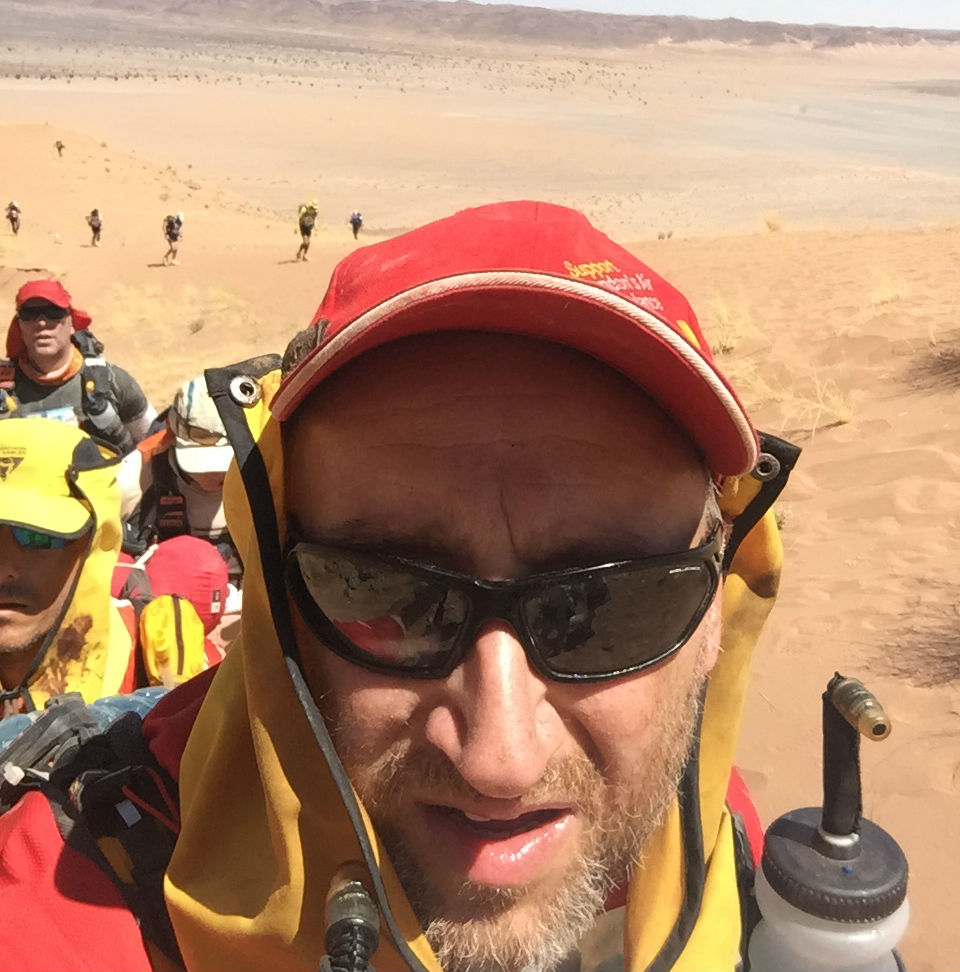 Our team have been inspired to enter for many reasons, not least the notoriety of the challenge. “This is THE race that I want to chalk off — there are plenty of multiday events, but I don’t think any are as daunting as Marathon Des Sables”, says Charlie Henderson, one of London’s Air Ambulance’s Emeritus Paramedics. For Chief Pilot, Captain Neil Jeffers, the answer is just as simple: “it’s well known to be one of the harder races in the world and therefore has to be done!”

The Sahara is not new terrain for two of our team. CEO Jonathan Jenkins and friend Nick Motson have both taken part in the race before. Jonathan first took on the race in 2016, when he not only began his journey through the desert, but also with our charity, as he raised money for London's Air Ambulance on the suggestion of a friend. "The experience led me to really get to know the charity," Jonathan told us. "And the rest, as they say, is history." 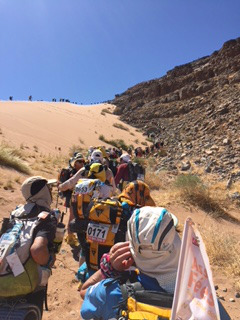 Unfortunately, Jonathan failed to complete the Marathon and now, two years on, he has a score to settle. Pondering what lies ahead, Jonathan told us that his biggest challenge will be "all of it. Finishing. Digging deep when your mind (rather than body) says 'stop'. Not letting teammates down." Incentive can come from anywhere and for previous finisher Nick, old rivalries die hard: "if Jonathan beats me I'm taking up knitting rather than running."

For others, the motivation is a very personal one. “For me, taking part in this challenge in a team of people, a few of which have impacted my life in a way that I will forever be grateful for, is a once in a lifetime opportunity”, said Marie LeBrec, whose sister Vicky was treated by our service. “I want to be part of this huge fundraising effort and contribute in every way that I can”.

Also taking part is former patient Chloe, who will be running the Marathon with her partner, David. “I’m really looking forward to hopefully achieving something fantastic together for London’s Air Ambulance”, Chloe told us. “They will be my inspiration to keep on going — without them I wouldn’t be alive.”

No matter what will keep them going during the race, all our team share the desire to complete this immense personal challenge in aid of our charity. Tom Konig, Consultant Vascular and Trauma surgeon and former doctor with the charity, said “it’s an opportunity to be part of a great team effort to overcome the task set. I’m looking forward to the camaraderie of the event, the amazing environment and also the finish line!”

The 2018 Marathon des Sables race starts in April and sees competitors undertake a 156-mile race over 6 days. The London’s Air Ambulance team will be flying to Morocco on 6 April to begin final race preparations.

To donate to the team, visit their JustGiving page and journey with them into the desert by following @LAAinthedesert on Twitter. 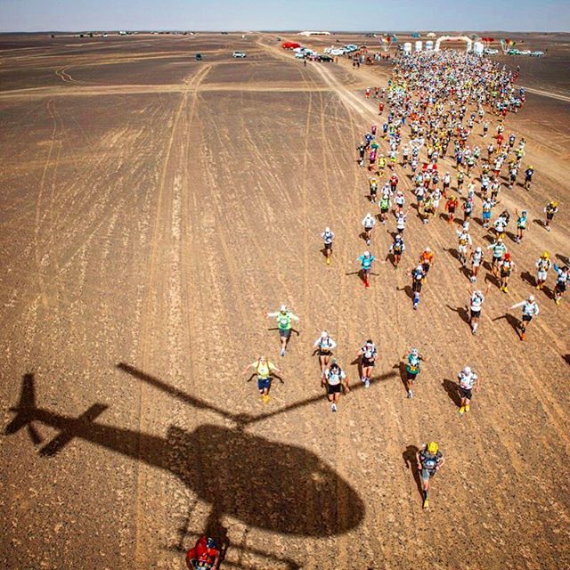