The London Freemasons' appeal to pledge to raise £2million towards our ‘Your London, Your Helicopter’ campaign to acquire and sustain a second helicopter, and extend our daylight flying hours for five years, was given a boost yesterday with a cheque presentation of £750,000. This sum takes the amount raised so far by the London Freemasons to £1million in just eight months.

Before a packed gathering of Freemasons and their families, the new Metropolitan Grand Master, Sir Michael Snyder, presented the generous cheque to our staff including Dr. Marius Rehn and pilots Captain Neil Jeffers and Captain David Rolfe.

Over £4 million has been pledged towards the £6 million target to date, and while we have now purchased a second helicopter, more funds are still needed to keep it in the air for five years. It is expected to be operational in early 2016.

Mark Davies, Director of Development at London’s Air Ambulance said:“The support of London Freemasons has been instrumental in allowing us to acquire a second helicopter. We are extremely grateful for their phenomenal support in helping us save more lives in London” 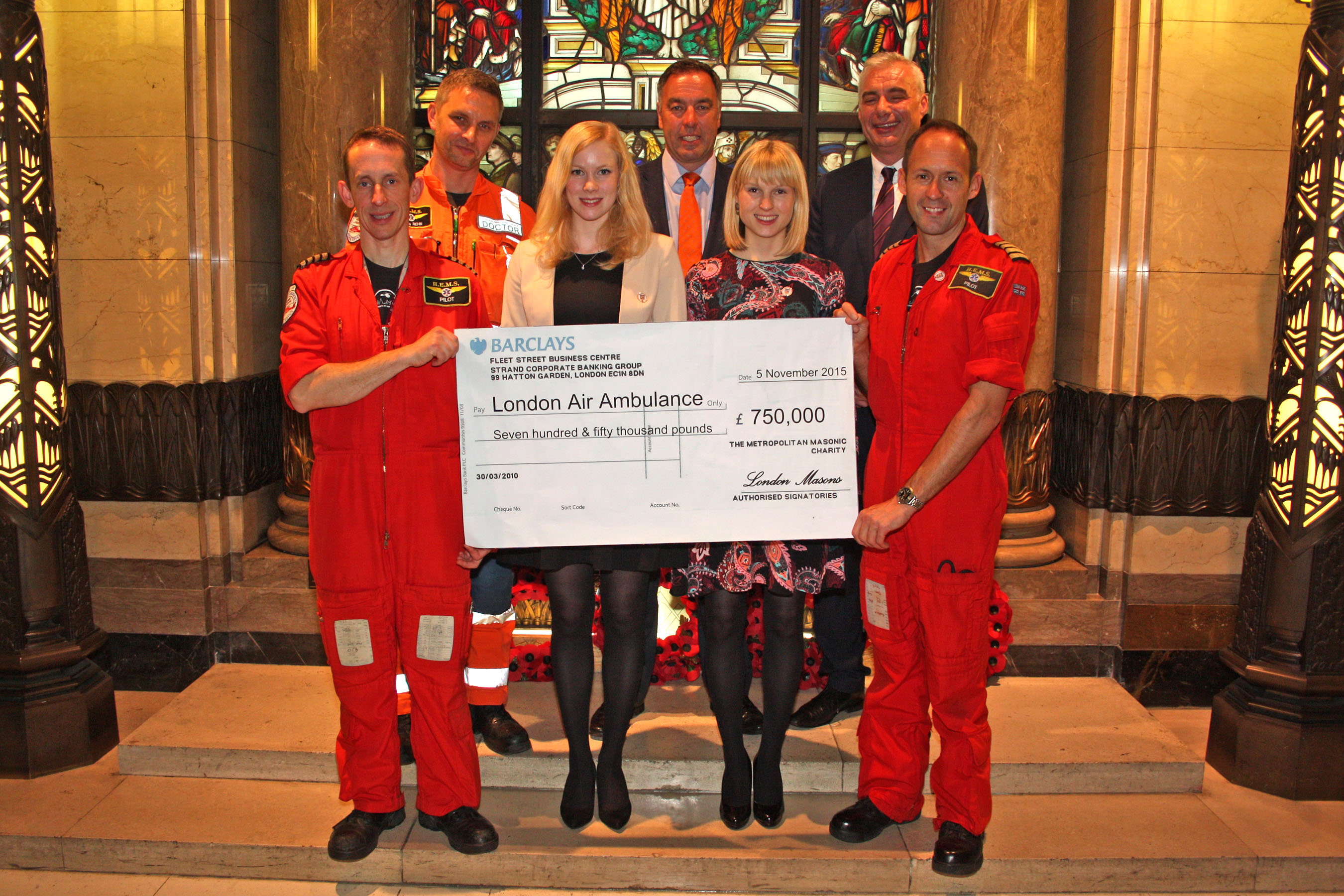 Through the acquisition of a second helicopter and extending our daylight flying hours in the summer months we will be able to reach up to a further 400 patients per year by aircraft.