National Air Ambulance Week is behind us, and what a week it was. Here's a look at some of this year’s highlights.

The week kicked off on 11th September with the release of our brand new video. From surgical scissors to a helicopter engine, our supporters got an insight into the equipment their generous donations can help to buy and were encouraged to share #airambulancecharity to spread the message that every air ambulance in the UK relies on charitable donations. We are hugely grateful to the 1,804 of you who shared the video on Facebook and Twitter. Almost 10,000 of you engaged with the clip and thanks to your help, it has been shown to others 0,5 million times and viewed some 170,000 times. We can't thank you enough for helping us spread the word!

While these videos were doing the rounds on social media, our volunteers took to the streets of London to raise money and awareness for our charity. For a total of 168 hours, over 60 volunteers collected donations at nine tube stations across the capital, including Victoria, Euston Square and Paddington. Thanks to their incredible efforts and the generosity of the public, we have raised over £7,000. 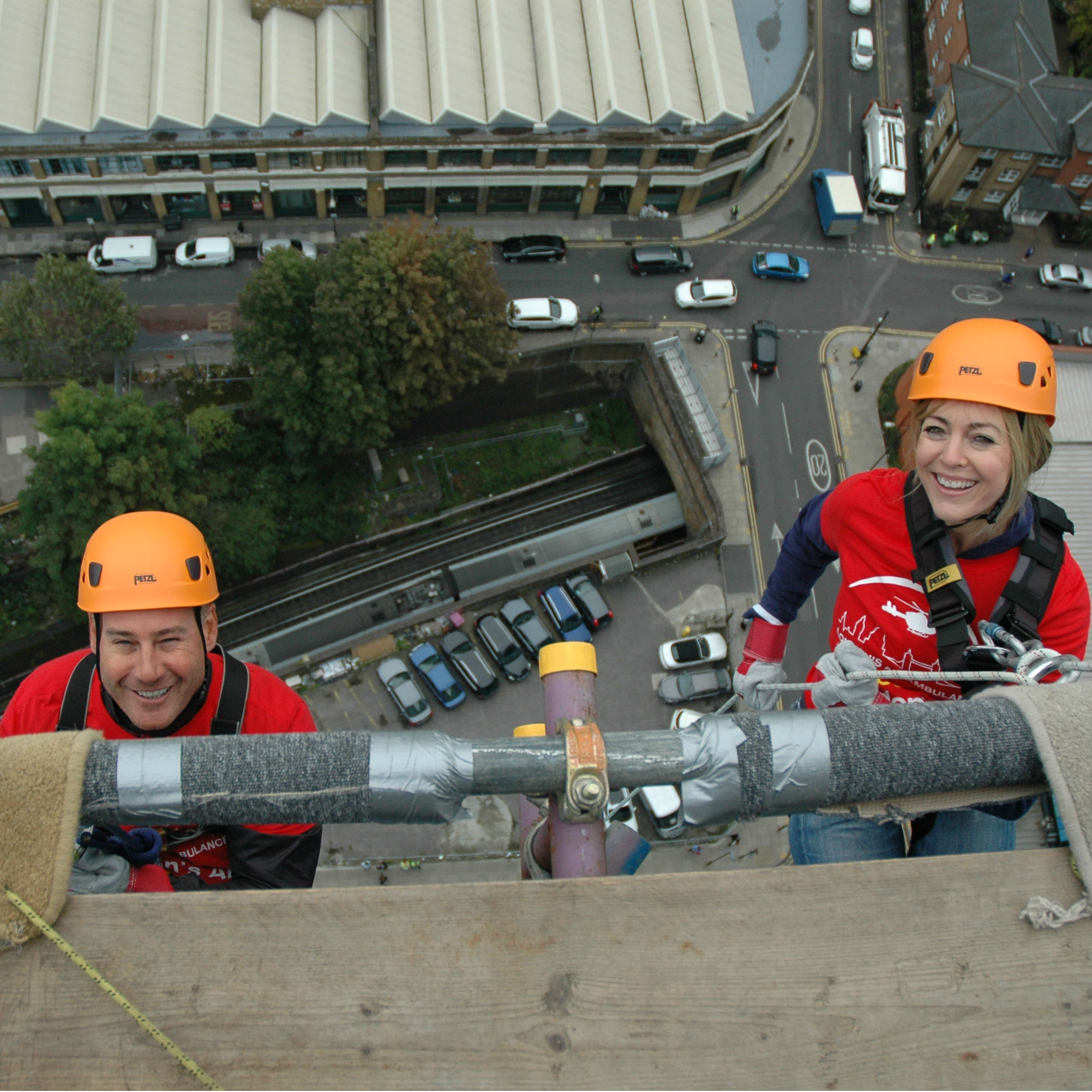 A further £95,000 has also been raised by our fearless fundraisers, who abseiled off our 305ft high helipad at The Royal London Hospital. Dr Hilary Jones showed solidarity with our brave supporters by abseiling live on Lorraine, with TV presenters Helen Fospero and Tim Vincent taking the plunge a day later to officially open the event.

“The scale and variety of support we have received has been humbling. There are a lot of people we need to thank — those who took to social media to raise awareness of our charity status, our air ambulance partners who campaigned with us, the volunteers who tirelessly collected across London and the fundraisers whose bravery has resulted in almost £100k for our charity.

“We are extremely lucky to have such a fantastic support network. We could not continue to deliver our life-saving treatment without all our inspiring fundraisers who help us in National Air Ambulance Week and all year round.”