The visit was arranged to hear about the recent research and development collaboration between us and the Norwegian Air Ambulance.

The agreement was signed recently in Norway and cements the already close tie between the two organisations.

The Ambassador heard about developments and future plans for the two organisations.  Both air ambulances are active in research and have pioneered several patient treatment and safety programmes which have been taken on by organisations worldwide.

The Ambassador also heard how LAA has dealt with the many terrorist incidents in the Capital over the last 20 years.This was very relevant to the recent tragic events in Norway in which the Norwegian Air Ambulance played a vital role. We have the Norwegian victims and their families in our thoughts after this shocking event. 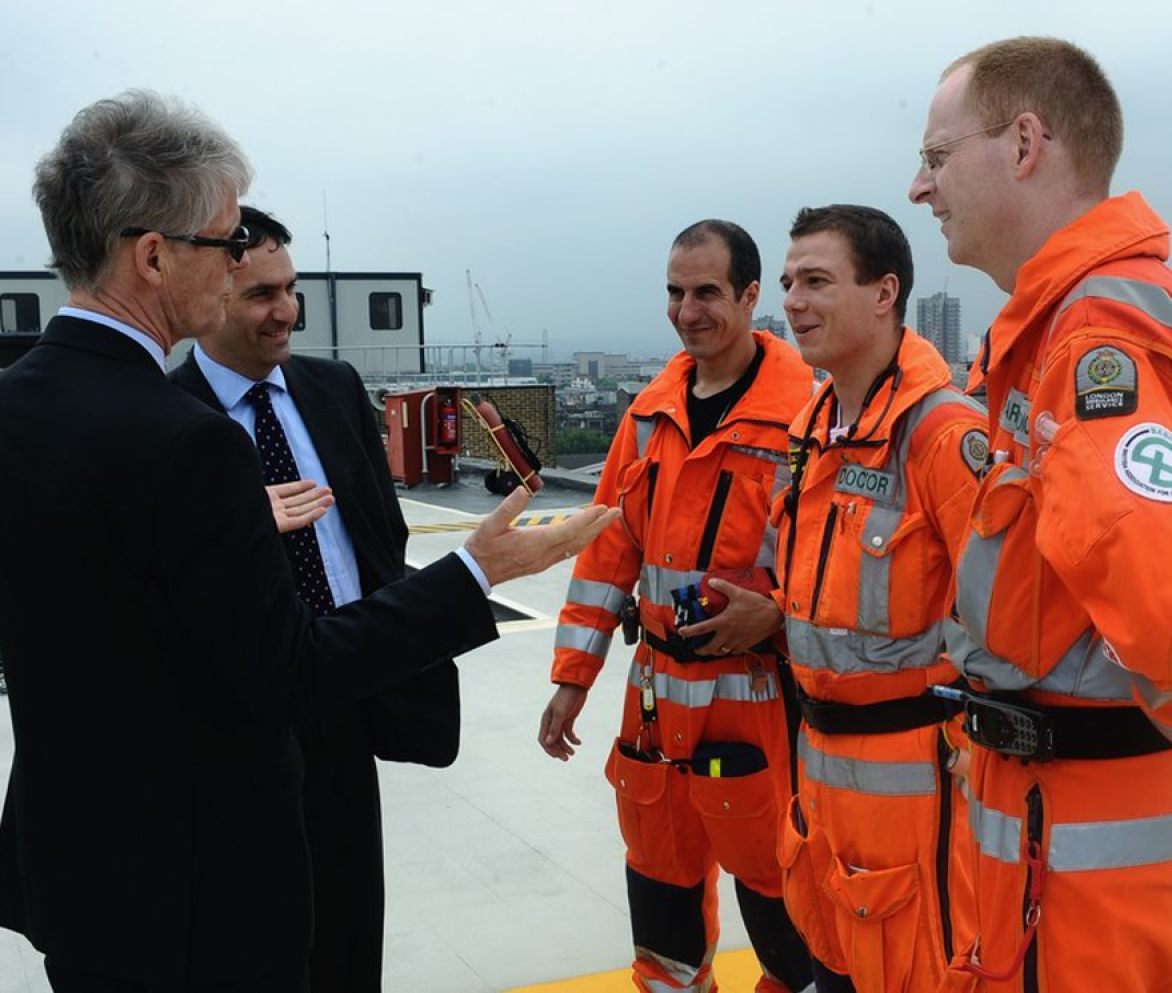