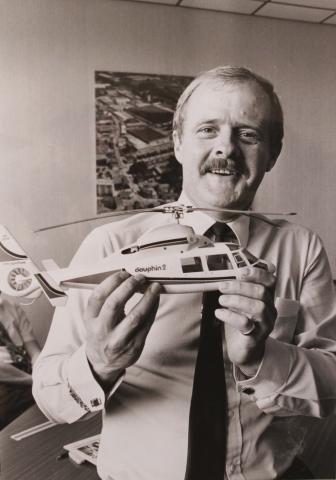 It is with great sadness that Andrew Cameron has passed away. Andrew was one of the original founders of London’s Air Ambulance back in 1989, when he was Managing Director of Express Newspapers. Alongside the Chairman, Lord Stevens, Andrew helped drive the initial funding from Express Newspapers for our first helicopter, four pilots, operational staff and running cost for four years (£4 million at the time). Andrew became Trustee of the charity and later, he became the charity’s Chief Executive in 2009, holding this post until 2011. Until recently Andrew was still out in the community giving talks about London’s Air Ambulance, which goes to show how truly committed he was to the cause.

Andrew played a truly crucial role in the setup of London’s Air Ambulance and without his commitment and drive back then, the charity would not be what it is today. He was exceptionally hard working and loved life to the max with a genuine warm heart. He was liked and respected by people from so many different walks of life. It was a real honour to have him as a friend and colleague. He will be truly missed. Please join us in paying our deepest respects and gratitude to Andrew for all that he has done for London.