“Understanding your injuries is the beginning of the recovery process,” says Frank Chege

London’s Air Ambulance, the charity that delivers an advanced trauma team to critically injured people in London, has appointed Frank Chege to its newly created role of Patient Liaison Nurse. The position funded by The City Bridge Trust aims to assist London’s Air Ambulance patients with their transition back to independent living, bridging the gap between the rapid on scene pre-hospital treatment that the charity is renowned for and the patient’s long term recovery.

In its 25th year and having treated over 30,000 patients, the service has added another level of care for those affected by serious trauma and is encouraging anyone who has been treated by the charity to get in touch.

The position of Patient Liaison Nurse draws on the charity’s standards of clinical excellence and provides a long term interface between London’s Air Ambulance and its patients, with no equivalent elsewhere in the Capital’s emergency infrastructure. The objectives for the new role range from identifying patient needs to referring them towards a holistic suite of solutions, be it follow up medical care or support from another service provider or charity.

Commenting, Graham Hodgkin, CEO of London´s Air Ambulance said: “London´s Air Ambulance has accumulated twenty five years’ worth of meticulously documented patient data, however our record keeping becomes more challenging post admission. Thanks to the generous donation of The City Bridge Trust, we can now support patients both through to discharge from the hospital and throughout their rehabilitation process. The Patient Liaison Nurse is not just reporting the data to the clinical team, but more importantly, and for the first time, acts as a patient advocate, providing unprecedented assistance to our patients beyond the acute phase that we specialise.”

Frank Chege has taken up the position after having worked alongside London’s Air Ambulance as an Emergency Nurse at The Royal London Hospital, run by Barts Health NHS Trust for the last seven years: “I have always wanted to be involved with London’s Air Ambulance and this opportunity allows me to draw on my clinical experience while supporting patients’ physical and psychological recovery.

“I believe that understanding your injuries is the beginning of the recovery process. Following up with our patients and their families will allow us to explain the pre-hospital medical care they received. For the first time, we have an opportunity to identify any unmet needs they might have and help them get appropriate support as well as gain accurate information on the outcomes of their treatment. My position is an extension of the clinical excellence London’s Air Ambulance delivers to the patient in the moment of their acute need — taking that extra level of care from the roadside to the bedside.”

Visit www.londonsairambulance.org.uk/donate to support the charity.  By giving just £5 per month you can help maintain and enhance the service.

Or sign up to the lottery for just £1 per week at www.londonsairambulance.org.uk/get-involved/other-ways-to-give/lottery

16% Other (Incidents on the Rail Network, Industrial Accidents, Drownings etc.)

London’s Air Ambulance is the charity that delivers an advanced trauma team to critically injured people in London.

Using a helicopter by day and rapid response cars by night, a doctor and paramedic team can be at a patient’s side within minutes, providing life-saving medical interventions, such as open chest surgery, blood transfusion, and anaesthesia, at the roadside.

London’s Air Ambulance has an international reputation for clinical excellence and delivers pioneering procedures which have been adopted across the world.

Has treated over 30,000 critically injured people and attended most major incidents since inception

Serves the 10 million people who live, work and holiday within the M25

London’s Air Ambulance is a charity that operates in partnership with both Barts Health NHS Trust and London Ambulance Service:

Barts Health employs and remunerates the doctors who are seconded to the service, as well as providing some direct financial support and the helipad facility for the charity’s operations.

London Ambulance Service (LAS) similarly provide paid paramedics who are seconded to the service.  An advanced trauma paramedic operates from the LAS control room and is responsible for dispatching London’s Air Ambulance to the most critically injured people in London, 24 hours a day.

Frank brings a wealth of clinical experience to the role of Patient Liaison Officer. Frank qualified as an Adult Nurse in 2003 and went straight into a career in the Emergency Department of Basildon and Thurrock Foundation NHS Trust. He started working as a Staff Nurse at Barts Health NHS Trust in the Emergency Department of The Royal London Hospital, home to the London’s Air Ambulance’s helipad, in 2007 and became a Senior Charge Nurse in 2011. Frank has been involved with London’s Air Ambulance prior to his appointment, not just working alongside the charity at The Royal London Hospital but also attending the London’s Air Ambulance Clinical Governance Days and Helicopter Crew Course. 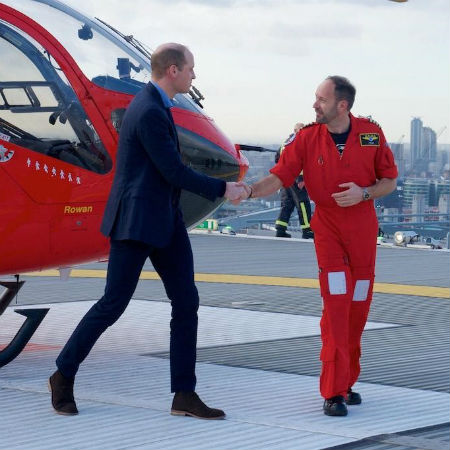 The Duke of Cambridge becomes Patron of our 30th anniversary campaign

We are pleased to announce our collaboration with The Liverpool Project, that has been set… 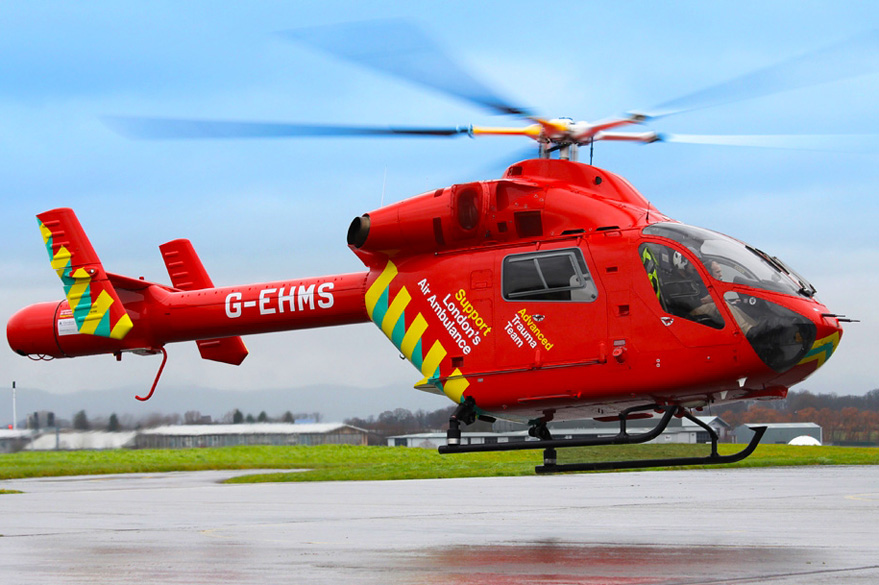 We have moved the overnight airbase from Denham to RAF Northolt. The relocation of our…