The event saw 25 swimmers take to the local pool and accumulatively swim the distance of a marathon.

The rotary club has organised three swim-alongs in the past, but “none have raised as much money as this one,” explained Peter. “We were thrilled with the final total!”

The local pool granted the event exclusive use of three lanes for free, and local businesses supplied complimentary snacks and coffee.

“All expenses are paid for by the event sponsors, meaning every penny raised by the swimmers can go directly to the charity,” described Peter.

As one of the swimmers himself, Peter said: “You swim as far as you’re comfortable with, its not a competition. Then when you’re finished, you collect your medal – presented by the Mayor of Bromley, Councillor Russell Mellor.”

In total, £5,471 was raised, which is enough to fund over two missions. Our advanced trauma teams can perform treatments such as open heart surgery, blood transfusions and general anaesthetic by the roadside – procedures usually found in the emergency department. The crew can get to the patients’ side in under 11 minutes, but only with the continued support of the community it serves. 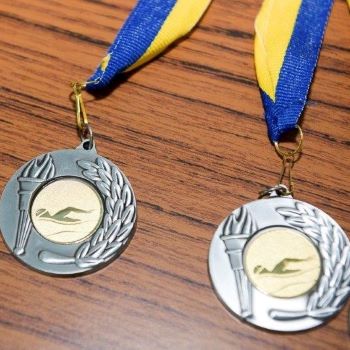 If you’re interested in fundraising for us, reach out via [email protected]. It doesn’t always have to be a physical event, for example, £2,000 was recently raised by 100 days of sobriety!

Beckenham Rotary Club is one of hundreds of rotary clubs in the UK. The club is involved in numerous charitable endeavours, for example, every Christmas Rotarians fundraise for children’s charities. In 2021, the club raised £65,000 for the Royal British Legion Poppy Appeal in Beckenham, and during the pandemic, 200 laptops were sourced by the club for children being home-schooled. Currently work is underway to help support the crisis in Ukraine. Last month, London’s Air Ambulance Charity showed its support to Ukraine by collaborating on a series of training videos to help civilians save lives in the war.